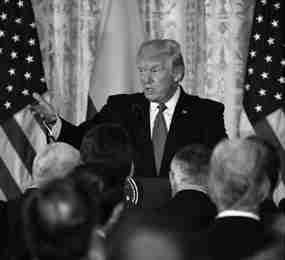 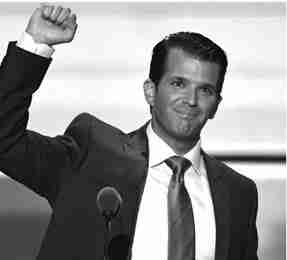 TRUMP WEIGHED IN ON SON’S STATEMENT ‘AS ANY FATHER WOULD’

WASHINGTON (AP) – The White House is pushing back on a report that President Donald Trump dictated the July 8 statement in which his son, Donald Trump Jr., described a June 2016 meeting with a Russian lawyer. White House spokeswoman Sarah Huckabee Sanders said Tuesday the president “weighed in as any father would based on the limited information that he had.”The Washington Post reported Monday that Trump himself dictated the statement. The statement said that Trump Jr. and other top members of the Trump campaign primarily discussed a Russian adoption program. Emails released later by Trump Jr. show the meeting was suggested to the campaign as a way to deliver damaging information about Democrat Hillary Clinton. 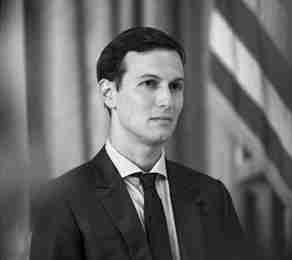 PHOTO COURTESY OF THE NATION

KUSHNER SAYS TRUMP CAMPAIGN WAS TOO DYSFUNCTIONAL TO COLLUDE

WASHINGTON (AP) – President Donald Trump’s son-in-law told a group of congressional interns that the Trump campaign couldn’t have colluded with Russia because the team was too dysfunctional and disorganized to coordinate with a foreign government….

WASHINGTON (AP) – President Donald Trump’s choice to replace James Comey as head of the FBI headed to the Senate on Tuesday and was confirmed.

TILLERSON CONCEDES RUSSIA TIES ARE SOUR, BUT HOLDS OUT HOPE

WASHINGTON (AP) – Secretary of State Rex Tillerson says neither he nor President Donald Trump is “very happy” about new sanctions on Russia that Congress has voted to put in place….

KELLY WINS PRAISE ACROSS THE AISLE, BUT WILL TRUMP CHANGE?

WASHINGTON (AP) – Raised voices could be heard through the thick door to the Oval Office as John Kelly – then secretary of Homeland Security – offered some tough talk to President Donald Trump. Kelly, a whip-cracking retired general who was sworn in as White House chief of staff on Monday, had demanded to speak to the president alone after Trump complained loudly that the U.S. was admitting travelers from countries he viewed as high risk.Kelly first tried to explain to Trump that the admissions were standard – some people had legitimate reasons to visit the country – but the president insisted that it was making him look bad, according to an administration official familiar with the exchange about a month ago. Kelly then demanded that other advisers leave the room so he could speak to the president frankly. Trump refused at first, but agreed 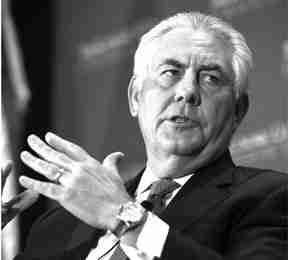 TILLERSON SAYS HE’S COMFORTABLE IN JOB AND WITH TRUMP

WASHINGTON (AP) – Secretary of State Rex Tillerson is acknowledging differences with President Donald Trump but he says he’s comfortable in his job and in his relationship with the commander in chief.

THE LATEST: MCCONNELL SAYS NO VOTES TO CHANGE SENATE RULES

WASHINGTON (AP) – Trump demanded Republicans change the voting requirements to a simple majority of 51. McConnell in a rare show of independence refused and declined the President’s instruction.

WASHINGTON (AP) – Sen. Jeff Flake says his fellow Republicans have let President Donald Trump lead the country away from conservative principles and democratic ideals. But the Arizona lawmaker predicts they won’t back down if Trump fires the special prosecutor investigating Russian interference in the 2016 presidential election….

WASHINGTON (AP) – The White House says President Donald Trump has not yet signed a sanctions bill that landed on his desk last week, which includes new sanctions on Russia….