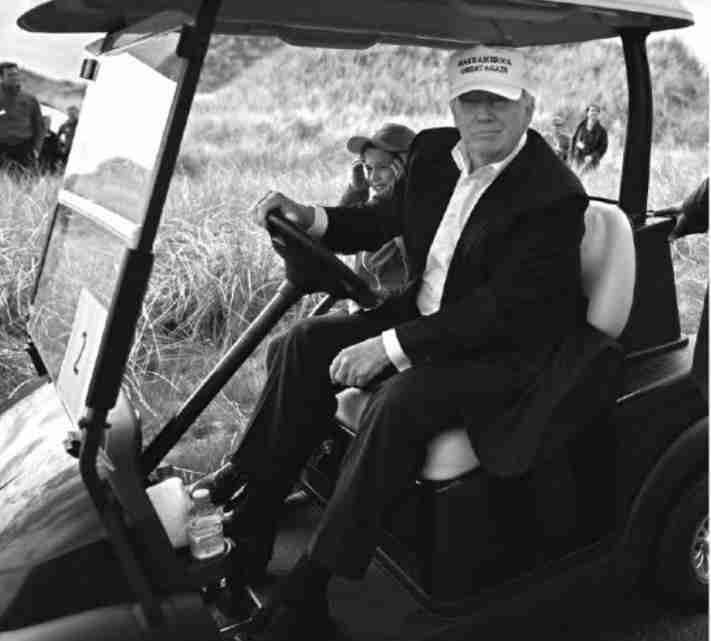 WASHINGTON (AP) – As President Donald Trump spends much of August at his New Jersey golf club, Democratic lawmakers are making a new push for information about how much money the federal government is spending at his for-profit properties. … Democrats on the House Oversight Committee on Tuesday asked departments to hand over information about their Trump-related spending by Aug. 25. “The American people deserve to know how their tax dollars are spent, including the amount of federal funds that are being provided to private businesses owned by the president and the purposes of these expenditures,” reads the lawmakers’ letter to Elaine Duke, the acting secretary of the Department of Homeland Security. The lawmakers sent similar requests to all Cabinet secretaries.

WHY SOME COUNTRIES ARE TRYING TO MUZZLE AL-JAZEERA

DUBAI, United Arab Emirates (AP) – The Al-Jazeera global news network has once again become the subject of the news. … The Israeli government called this week for the Qatar-based company’s Jerusalem bureau to be closed, its journalists’ press credentials revoked and its transmission blocked. The move follows a decision by Saudi Arabia and Jordan to shutter the network’s local offices. Its websites and channels were also blocked in Saudi Arabia, the United Arab Emirates and Bahrain. Egypt has banned Al-Jazeera since 2013, when the military there took power.These countries accuse Al-Jazeera of in-citing violence. Al-Jazeera says the moves are an attempt by governments to suppress freedom of expression.

NEW YORK (AP) – Two years ago, Disney CEO Bob Iger acknowledged that ESPN, long a major Disney profit center, was shedding subscribers. Since then, concern over ESPN’s dimming prospects have dampened investor enthusiasm for Disney itself, despite its success with theme parks, Marvel superheroes and Star Wars films. The big fear: ESPN might be facing long-term decline as more people quit cable or choose cheaper bundles without sports. Over time, that could kick off a death spiral in which fewer subscribers mean less money for ESPN to use in bidding for sports rights; fewer games to air would then give more subscribers reason to quit. But that gloomy outlook isn’t the only one. And Disney is readying itself for the future by buying a bigger stake in streaming service BAMTech for $1.6 billion. 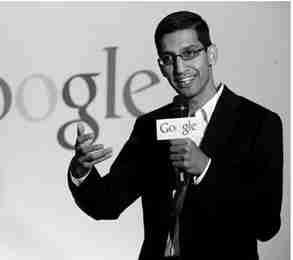 MENLO PARK, Calif. (AP) – A former Google engineer who was fired over a memo he wrote about gender differences says he’s exploring all his legal options and has already filed a labor complaint over his treatment. James Damore, whose memo over the weekend caused an uproar online, says in an email that he was terminated late Monday for “perpetuating gender stereotypes.” He says he considers his firing illegal because he had already filed a complaint with the National Labor Relations Board. The board declined to comment. A filing by Damore with the board Monday alleged he was subjected to “coercive statements” while at Google. Google declined to comment on the matter, but an email from CEO Sundar Pichai on Monday called Damore’s memo “harmful” and said he’d address staff in a town hall Thursday.

WASHINGTON (AP) – The Trump administration and Congress face a daunting set of budget-related deadlines in the coming weeks. Blowing them could upend global financial markets and cause a partial government shutdown. The problem: The most important piece of business is the need to increase the United States’ $19.9 trillion debt limit to permit the government to continue borrowing money to pay its bills, including Social Security and interest payments. The government hit its borrowing cap in March, but Treasury Secretary Steven Mnuchin has been using a well-worn set of accounting moves to free up cash. Nevertheless, Mnuchin says the debt ceiling needs to be raised by Sept. 29 to avert the risk of a first-ever U.S. default.

CASINOS EMBRACE ESPORTS EVEN AS THEY WORK TO UNDERSTAND IT

ATLANTIC CITY, N.J. (AP) – Casinos are slowly embracing competitive video game tournaments as a way to help their bottom lines, but the money is coming from renting hotel rooms to the young players and selling them food and drinks, not from turning them into gamblers. Like most other ways gambling halls have tried to attract millennials and their disposable income, it hasn’t been easy. Caesars Entertainment was first in the nation to adopt skill-based slot machines to woo millennials in Atlantic City, but bailed on them after a few months when the response was underwhelming. Other Atlantic City casinos still use them, however. Competitive video game tournaments, known as esports, are a growing industry around the world. The fast-paced action, vivid graphics and often violent on-screen action is catnip to millennials, the audience casinos are targeting as their core slot players grow old and die. But it’s been difficult to move them from the video console to the craps table

DALLAS (AP) – Following widespread outrage over a passenger who was violently dragged off an overbooked plane, U.S. airlines are bumping customers at the lowest rate in at least two decades. The Transportation Department said Tuesday that just one in every 19,000 passengers was kicked off an overbooked flight in the first six months of this year. That’s the lowest rate since the government started keeping track in 1995. The biggest decline took place between April and June, partly because airlines began paying many more passengers to give up their seats. Airlines have routinely over- booked flights for years in the expectation that some passengers won’t show up. When a flight is overbooked, airlines typically offer travel vouchers to encourage a few passengers to take a later flight. That practice backfired in April when United employees, whose offers of vouchers were ignored, asked Chicago airport officers to help remove four people from a United Express flight to make room for airline employees commuting to their next flight. 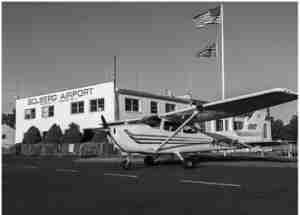 READINGTON TOWNSHIP, N.J. (AP) – Thor Solberg’s business is down – try practically non-existent – at a time when it’s usually way up, and he has President Donald Trump to thank for it. Solberg’s is one of two small airports in western New Jersey that are essentially closed down because of federal aviation regulations because they are within 10 miles (16 kilometers) of where Trump is spending 17 days this month at his Bedminster country club. More than a dozen other airports also face restrictions. This is high season for small airports that cater to amateur fliers and business clients. But at Solberg-Hunterdon Airport, which averages about 100 combined takeoffs and landings per day, a handful of planes sat idle Monday. Normally 70 to 80 planes would be paying to be housed there and paying for fuel and flight training time, Solberg said. “Twenty percent of our annual business is affected by the president’s visits in the summertime because that’s how much of our business takes place on the weekends in the summertime,” Solberg said. Small airports and aviation-related businesses near Trump’s properties in Florida and New Jersey have lost out on hundreds of thousands of dollars in business already this year. And they have no recourse other than to appeal to the Secret Service, which oversees presidential security. That proved unsuccessful for the owners of a small Florida airport that lies within the no-fly zone near Trump’s Mar-a-Lago resort.