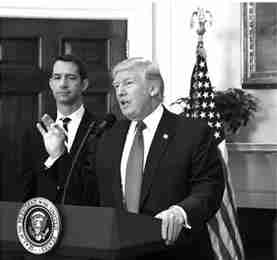 WASHINGTON (AP) – It took President Donald Trump two days to do what both Republicans and Democrats said should have come fast and easy. In his carefully worded statement Monday, Trump condemned members of the Ku Klux Klan, neo-Nazis and white supremacists as “repugnant.” He vowed that his administration would crack down on those who perpetrate “racist violence.” He called for national unity. It was the type of statement Americans have come to expect from their presidents after racially charged incidents, like the deadly violence that erupted Saturday in Charlottesville, Virginia. But Trump struggled mightily to meet the moment, glaringly omitting any direct condemnation of white supremacists in his initial comments on the incident and decrying bigotry “on many sides.” As the most unconventional president in modern American history, Trump has at times thrived off low expectations. He is often cheered by Republicans when he fulfills basic functions of the office. And GOP lawmakers in particular have often tried to explain away his missteps as a function of his lack of experience in Washington and politics. But he has found himself with few allies after his botched handling of the Charlottesville violence. Several Republicans challenged Trump directly to be more strident in calling out white nationalists and neo-Nazis. Colorado Sen. Cory Gardner said the president needed to “step up” and call the groups “evil.” The president got to that place on Monday, declaring that “racism is evil, and those who cause violence in its name are criminals and thugs.” It’s unclear whether his cleanup efforts will ease the political pressure he has faced in recent days. In addition to the disapproval from his own party, three members of a White House advisory council – Merck CEO Kenneth Frazier, Under Armour CEO Kevin Plank and Intel CEO Brian Krzanich – announced they were resigning from the panel in protest. Later Monday, Trump tried to pin the blame for the controversy on one of his favorite targets: the media. He tweeted that the media “will never be satisfied … truly bad people.” 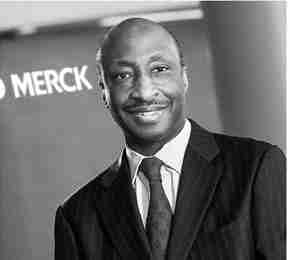 WASHINGTON (AP) – A fourth business leader resigned Tuesday from President Donald Trump’s White House jobs panel – the latest sign that corporate America’s romance with Trump is faltering after his initial half-hearted response to violence by white supremacists in Charlottesville, Virginia. The parade of departing leaders from the informal panel now includes the chief executives for Merck, Under Armour and Intel and the president of the Alliance for American Manufacturing. Alliance president Scott Paul, in a tweet, said simply, “I’m resigning from the Manufacturing Jobs Initiative because it’s the right thing for me to do.” Within minutes of the tweet, calls to Paul’s phone were being sent to voicemail. Wal-Mart CEO Doug McMillon joined the chorus, saying in a note to employees, “(We) too felt that he missed a critical opportunity to help bring our country together by unequivocally rejecting the appalling actions of white supremacists.” But McMillon, whose business has customers on all sides of the political spectrum, did not address his own positon on a separate Trump advisory panel. Corporate leaders have been willing to work with Trump on taxes, trade and reducing regulations, but they’ve increasingly found themselves grappling with cultural and social divides amid his lightning rod-style of leadership. The CEOs who left the council quickly faced his wrath. On Tuesday, Trump tweeted, “For every CEO that drops out of the Manufacturing Council, I have many to take their place. Grandstanders should not have gone on. JOBS!”

Merck CEO Kenneth Frazier, one of only four African Americans to lead a Fortune 500 company today, was the first to tender his resignation Monday. He was assailed almost immediately by Trump on Twitter.

THE REAL DONALD TRUMP EXPOSES HIS INNERMOST RACISIM AND BIGOTRY

NEW YORK – During Trump’s news conference on Tuesday, he said both sides are to blame in the weekend events in Charlottesville VA. In a remarkable moment in the lobby of Trump Tower, President Donald Trump blamed the violence in Charlottesville, Virginia, Saturday on both sides of the conflict, equating the white supremacists on one side with the “alt-left” on the other side. “I think there is blame on both sides” he said.

“What about the alt-left that came charging at, as you say, the alt-right do they have any semblance or guilt?” Trump said. “What about the fact they came charging with clubs in hands, swinging clubs, do they have any problem, I think they do” he added. “You had a group on one side that was bad and you had a group on the other side that was also very violent, nobody wants to say it but I will say it right now.”

WASHINGTON(AP) – Doug McMillon, Walmart’s chief executive, has issued a strong rebuke of President Trump’s response to the protests that turned violent in Charlottesville, Va., saying the president “missed a critical opportunity to help bring our country together.”

The criticism came in a statement that McMillon emailed to employees Monday evening, which was reviewed by The New York Times. The statement was later posted on a company website. “As we watched the events and the response from President Trump over the weekend, we too felt that he missed a critical opportunity to help bring our country together by unequivocally rejecting the appalling actions of white supremacists,” he wrote.

McMillon’s statement came amid a backlash against the president for what critics viewed as a tepid initial response to violence at last weekend’s rally of white supremacists and right-wing extremists, which left one counterprotester dead. On Monday, the chief executives of Merck, Under Armour and Intel said that they would step down from a presidential advisory council for manufacturing. Despite McMillon’s criticism, a Walmart spokesman said he would continue to serve on a presidential advisory council on economic development. McMillon, in his note, said he believed that the company “should stay engaged to try to influence decisions in a positive way and help bring people together.” 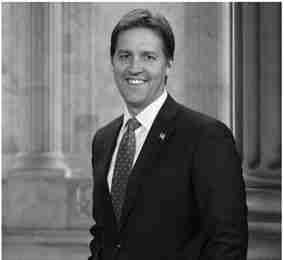 REPUBLICANS STAND UP TO TRUMP OVER CHARLOTTESVILLE

WASHINGTON – Republican lawmakers this weekend took President Donald Trump to task over what they deemed a weak response to white supremacist groups and violent clashes in Charlottesville, Virginia, the latest sign that Trump’s grip on the party may be weakening.

The outspoken group included past Trump antagonists such as Sens. Ben Sasse of Nebraska, Jeff Flake of Arizona and Marco Rubio of Florida, but it also included prominent conservative voices who aren’t known as fierce critics of the administration, such as Sens. Orrin Hatch of Utah and Cory Gardner of Colorado.

The Republicans joined civil rights leaders and Democrats who reacted angrily when Trump said Saturday he condemned “this egregious display of hatred, bigotry and violence on many sides — on many sides.” His repetition of “many sides” struck critics as seeming to equate the white supremacist groups who organized the rally with counterprotesters, though the White House later sought to recast his statement to be more critical of hate groups.

One woman was killed and more injured Saturday when a car plowed into a group of counterprotesters. Police later charged a man who had been photographed holding a symbol of one of the groups that organized the Charlottesville event, The Associated Press reported.“This isn’t a time for innuendo or to allow room to be read between the lines. This is a time to lay blame,” Gardner, who is considered a rising star in the party, said on CNN on Sunday. “This president has done an incredible job of naming terrorism around the globe as evil,” Gardner continued. “He has said and called it out time and time again. And this president needs to do exactly that today.” “We should call evil by its name,” Hatch wrote on Twitter Saturday. 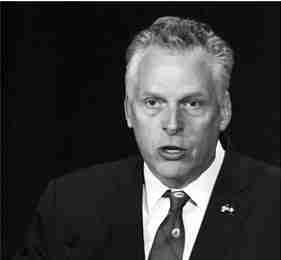 GOVERNOR MCAULIFFE STATEMENT ON NEXT STEPS AFTER EVENTS IN CHARLOTTESVILLE

RICHMOND – Governor Terry McAuliffe released the statement below regarding the next steps he and his administration will take following the events this past weekend in Charlottesville, VA: “Today, I convened an emergency cabinet meeting to discuss the next steps we, as a commonwealth, must take in order to begin the arduous process of healing our community and confronting the racism that stubbornly remains in our nation. The events of this weekend have only strengthened our resolve to combat hatred and bigotry, and I want Virginia to be a leader in the national conversation about how we move forward. I have directed my team to impanel a commission with representatives from community organizations, faith leaders, and law enforcement to make actionable recommendations for executive and legislative solutions to advance our mission of reconciliation, unity, and safety. … Also while we continue to grieve and support the families of those who lost their lives, we must learn from this tragic event to prevent a recurrence in our community or elsewhere. In that spirit, I also directed my team to conduct an extensive review that will include how we issue rally permits, law enforcement preparation and response, and coordination at the local, state, and federal level.

In addition, the federal government must focus on the threat of domestic terrorism especially when it comes from beyond state lines. … Finally I commend our Virginia State Police and National Guard personnel, who worked in support of the City of Charlottesville, for their tireless work this weekend under very challenging and volatile circumstances. Without their extensive preparations and measured actions, we would be facing a far more grave situation today.”

Next post Sanders plans to introduce "Medicare for all" plan soon