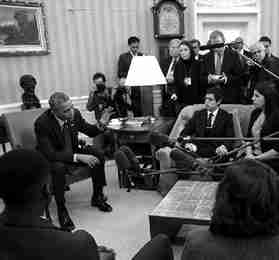 Immigration can be a controversial topic. We all want safe, secure borders and a dynamic economy, and people of goodwill can have legitimate disagreements about how to fix our immigration system so that everybody plays by the rules.

But that’s not what the action that the White House took today is about. This is about young people who grew up in America — kids who study in our schools, young adults who are starting careers, patriots who pledge allegiance to our flag. These Dreamers are Americans in their hearts, in their minds, in every single way but one: on paper. They were brought to this country by their parents, sometimes even as infants. They may not know a country besides ours. They may not even know a language besides English. They often have no idea they’re undocumented until they apply for a job, or college, or a driver’s license.

Over the years, politicians of both parties have worked together to write legislation that would have told these young people — our young people — that if your parents brought you here as a child, if you’ve been here a certain number of years, and if you’re willing to go to college or serve in our military, then you’ll get a chance to stay and earn your citizenship. And for years while I was President, I asked Congress to send me such a bill.

That bill never came. And because it made no sense to expel talented, driven, patriotic young people from the only country they know solely because of the actions of their parents, my administration acted to lift the shadow of deportation from these young people, so that they could continue to contribute to our communities and our country. We did so based on the well-established legal principle of prosecutorial discretion, deployed by Democratic and Republican presidents alike, because our immigration enforcement agencies have limited resources, and it makes sense to focus those resources on those who come illegally to this country to do us harm. Deportations of criminals went up. Some 800,000 young people stepped forward, met rigorous requirements, and went through background checks. And America grew stronger as a result.

But today, that shadow has been cast over some of our best and brightest young people once again. To target these young people is wrong — because they have done nothing wrong. It is self-defeating — because they want to start new businesses, staff our labs, serve in our military, and otherwise contribute to the country we love. And it is cruel. What if our kid’s science teacher, or our friendly neighbor turns out to be a Dreamer? Where are we supposed to send her? To a country she doesn’t know or remember, with a language she may not even speak?

Let’s be clear: the action taken today isn’t required legally. It’s a political decision, and a moral question. Whatever concerns or complaints Americans may have about immigration in general, we shouldn’t threaten the future of this group of young people who are here through no fault of their own, who pose no threat, who are not taking away anything from the rest of us. They are that pitcher on our kid’s softball team, that first responder who helps out his community after a disaster, that cadet in ROTC who wants nothing more than to wear the uniform of the country that gave him a chance. Kicking them out won’t lower the unemployment rate, or lighten anyone’s taxes, or raise anybody’s wages.

It is precisely because this action is contrary to our spirit, and to common sense, that business leaders, faith leaders, economists, and Americans of all political stripes called on the administration not to do what it did today. And now that the White House has shifted its responsibility for these young people to Congress, it’s up to Members of Congress to protect these young people and our future. I’m heartened by those who’ve suggested that they should. And I join my voice with the majority of Americans who hope they step up and do it with a sense of moral urgency that matches the urgency these young people feel.

Ultimately, this is about basic decency. This is about whether we are a people who kick hopeful young strivers out of America, or whether we treat them the way we’d want our own kids to be treated. It’s about who we are as a people — and who we want to be.

What makes us American is not a question of what we look like, or where our names come from, or the way we pray. What makes us American is our fidelity to a set of ideals — that all of us are created equal; that all of us deserve the chance to make of our lives what we will; that all of us share an obligation to stand up, speak out, and secure our most cherished values for the next generation. That’s how America has traveled this far. That’s how, if we keep at it, we will ultimately reach that more perfect union. 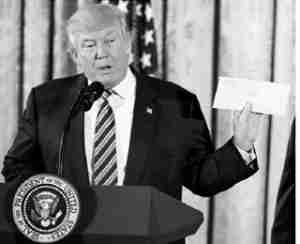 Dear Mr. President Congratulations on a remarkable run. Millions have placed their hopes in you, and all of us, regardless of party, should hope for expanded prosperity and security during your tenure.

This is a unique office, without a clear blueprint for success, so I don’t know that any advice from me will be particularly helpful. Still, let me offer a few reflections from the past 8 years.

First, we’ve both been blessed, in different ways, with great good fortune. Not everyone is so lucky. It’s up to us to do everything we can (to) build more ladders of success for every child and family that’s willing to work hard.

Second, American leadership in this world really is indispensable. It’s up to us, through action and example, to sustain the international order that’s expanded steadily since the end of the Cold War, and upon which our own wealth and safety depend.

Third, we are just temporary occupants of this office. That makes us guardians of those democratic institutions and traditions — like rule of law, separation of powers, equal protection and civil liberties — that our forebears fought and bled for. Regardless of the push and pull of daily politics, it’s up to us to leave those instruments of our democracy at least as strong as we found them.

And finally, take time, in the rush of events and responsibilities, for friends and family. They’ll get you through the inevitable rough patches.

Michelle and I wish you and Melania the very best as you embark on this great adventure, and know that we stand ready to help in any ways which we can. 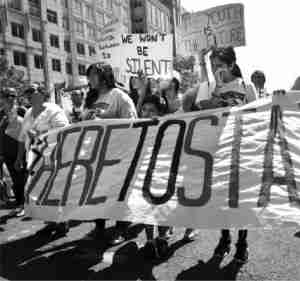 NEW YORK (AP) – Technology companies and executives of other industries criticized the Trump administration for its plan to undo protections for hundreds of thousands of young immigrants and called on Congress to help them. President Donald Trump said he will dismantle the Deferred Action for Childhood Arrivals program, or DACA, an Obama-era initiative that allowed young people who were brought into the U.S. illegally as children to work legally in the U.S., shielding them from deportation. Winding down the program could put the immigrants at risk of being sent back to the countries of their birth. The administration says Congress has six months to come up with a fix. Tech companies have pushed back against efforts to curb immigration, which they see as vital to their industry. Immigrants make up about one-quarter of the U.S. technology and science workforce, and many in Silicon Valley feel a personal connection to the issue.

HOUSTON’S BUSINESSES INCHING BACK TO WORK AS WATERS RECEDE

HOUSTON (AP) – Bobby Jucker has had it with hurricanes. In 2008, Hurricane Ike tore the roof off his business, Three Brothers Bakery. Now, he estimates, he’s facing $1 million in damage and lost revenue from Harvey – the fifth time a storm has put his bakery out of commission. He’s always recovered before. But this time, he wears the weary countenance of a man nearly broken.”This is the last time for me,” he said. “It’s emotionally draining. I just can’t do it anymore.” More than a week after Harvey poured more than 4 feet (1.2 meters) of rain on Houston, killing at least 65 people, destroying thousands of cars and leaving hundreds of thousands of families with flood-damaged homes, America’s fourth-biggest city is striving to reopen for business.Houston’s airports and shipping lanes reopened to limited traffic last week. Some workers returned to their offices Thursday or Friday. More followed on Tuesday after a long Labor Day weekend of cleanup and regrouping. 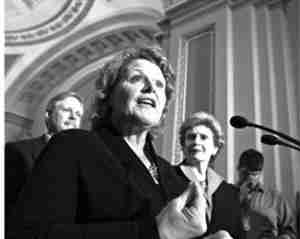 WASHINGTON (AP) – President Donald Trump was promoting his tax overhaul pitch on a visit Wednesday to North Dakota. On Twitter Wednesday, Trump said he’ll “discuss tax reform and tax cuts.” He added: “we are the highest taxed nation in the world – that will change.” The president, who has offered few specifics on the plan, met with Republican congressional leaders Tuesday to discuss the tax efforts. Trump and congressional Republicans say they want to simplify the tax code, lowering the rate for corporations from the current 15-35 percent range, and bringing relief for the middle class. At an event near Bismarck, Trump is expected to promote the plan as an opportunity for bipartisanship. He’ll be joined by North Dakota’s Democratic senator, Heidi Heitkamp, who’s traveling with Trump on Air Force One.The overall U.S. tax burden is actually one of the lowest among the 32 developed and large emerging-market economies tracked by the Organization for Economic Cooperation and Development. Taxes made up 26.4 percent of the total U.S. economy in 2015, according to the OECD. That’s far below Denmark’s tax burden of 46.6 percent, Britain’s 32.5 percent or Germany’s 36.9 percent. Just four OECD countries had a lower tax bite than the U.S.: South Korea, Ireland, Chile and Mexico.