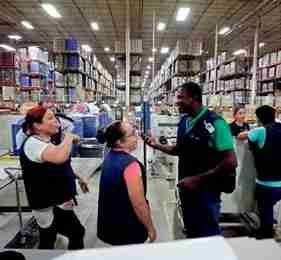 TIJUANA, Mexico (AP) – Jose Luis Millan found a new crop of star employees at an upscale Tijuana car wash where customers cross the border from the U.S. to pay up to $950 to have their prized possessions steamed and scrubbed for hours. They’re never late, always hustle and come in on days off to learn new skills, traits that he says make them a model for their Mexican counterparts. They are among several thousand Haitians who came to Mexico’s northwest corner hoping to cross the border before the U.S. abruptly closed its doors last year. The Mexican government has welcomed them, with a visa program that helps them fill the need for labor in Tijuana’s growing economy. In a country whose population is 1 percent black, Tijuana’s Haitians stand out. They share tight living quarters, sending much of their meager wages to support family in Haiti. Haitians earn far less than they would in the United States but enough to forsake the risk of getting deported by heading north. Two new Haitian restaurants downtown serve dishes with mangoes and mashed plantains. Dozens of Haitian children attend public schools.

Factories that export to the U.S. recruit Haitians, who can also be found waiting tables and worshipping at congregations that added services in Creole. “It’s the Mexican dream for many of them, a sense that they belong,” Millan said. “Mexico has given them opportunity. Mexico has opened up and let them achieve their dreams.” Millan, who lived in the Los Angeles area for two decades until he was forced to leave last year for employing dozens of people illegally at his party planning company, sees parallels to Mexicans in the U.S. Their teamwork sets an example. Some customers ask for them.

Haitians, he says, “fight hard, fight strong, and they don’t stop.” The Haitians took an accidental route from their impoverished Caribbean homeland to Tijuana, a city of about 2 million that borders San Diego and also has large pockets of Chinese and Korean immigrants. 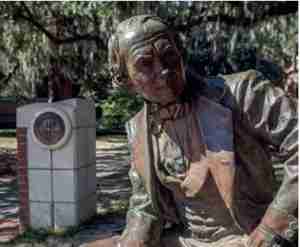 TALLAHASSEE, Fla. – The campaign to remove the controversial Francis Eppes statue from the Florida State University campus has been reintroduced this week by Students for a Democratic Society. On Sept. 6, the organization held a protest around the Integration Statue, which was followed by a march to the Eppes statue. This protest came the day after an announcement that the FSU administration will be reviewing all campus statues and naming policies. “We welcome the university administration to do a review of all statues, names and recognitions on this campus. It is important that we take a serious look at the history of racism and slavery on this campus,” an SDS member announced to the crowd during the protest. The controversy surrounding the Eppes statue reached its peak last year when SDS placed a referendum on the Fall 2016 Student Government ballot to remove the statue and rename the Eppes building, alleging that Eppes’ legacy as a slave owner and confederate supporter didn’t align with FSU’s values. This referendum failed when 71.7 percent of students voted “no” when asked if they were in favor of removing the statue of Eppes from in front of Westcott Building.

“(Eppes) developed a white militia that would enforce brutal anti-black codes and laws,” one of the SDS members alleged. “They would go after runaway slaves. They would be there to stop any rebellions. They operated a strict police state.” Another SDS member also weighed in on the irony of Eppes alleged actions. “You have a man who started a slave catching militia. You put his name on the Criminology building? What the ***?”

WASHINGTON – An abandoned proposal to develop a Trump Tower in Moscow during the 2016 presidential election was “solely a real estate deal and nothing more,” the personal lawyer for President Donald Trump told congressional staff on Tuesday. Michael Cohen was appearing privately before the Senate Intelligence Committee, one of multiple congressional panels investigating Russian interference in the presidential race and potential ties to the Trump campaign. Special counsel Robert Mueller and his team of investigators are conducting their own criminal investigation. In a prepared statement obtained by The Associated Press, Cohen addressed revelations from last month that the Trump Organization had considered doing business in Russia through a proposed Trump Tower in Moscow around the time of the Republican primaries. Cohen disclosed details of the deal last month in a statement to the House intelligence ommittee, saying that he had worked on the real estate proposal with Felix Sater, a Russian-born associate who has claimed to have deep connections to Moscow. Cohen also has said that he emailed Russian President Vladimir Putin’s press secretary after Sater suggested that the proposal would require approvals within the Russian government. The discussions about the potential development occurred in the fall of 2015, months after Trump had declared his candidacy, and ended early last year when Cohen determined that the project was not feasible. In his statement Tuesday, Cohen said the proposal was “solely a real estate deal and nothing more.”

UN HEAD SAYS NUCLEAR THREAT AT HIGH LEVEL U.N. Secretary-General Antonio Guterres is warning the world’s leaders that the threat of a nuclear attack is at its highest level since the end of the Cold War and “fiery talk can lead to fatal misunderstandings.” In his first state-of-the-world report since taking the reins of the United Nations on Jan. 1, Guterres put “nuclear peril” as the leading threat, warning that “we must not sleepwalk our way into war.” The U.N. chief told Tuesday’s opening of the General Assembly’s annual ministerial meeting that millions are living in fear “under a shadow of dread cast by the provocative nuclear and missile tests” of North Korea. His message on “fiery” rhetoric was implicitly directed at North Korean leader Kim Jong Un, but also at the United States and President Donald Trump, who has warned of “fire and fury” if North Korea does not back down. Guterres said a solution to the North Korea nuclear threat must be political and stressed to leaders: “This is a time for statesmanship.”

WASHINGTON (AP) – The Latest on the GOP effort to repeal former President Barack Obama’s health care law. Senate Majority Leader Mitch McConnell is praising a lastditch Republican bill to repeal and replace “Obamacare” — the latest sign the GOP’s repeal effort may be back from the dead. McConnell calls the bill by Sens. Bill Cassidy and Lindsey Graham “an intriguing idea, and one that has a great deal of support.” The bill would undo major elements of Barack Obama’s health care law and send block rants to the states instead. The Senate must act on the bill by Sept. 30 — or face a certain Democratic filibuster. McConnell says the GOP’s ability to repeal the law after years of promises “may well pass us by if we don’t act.” 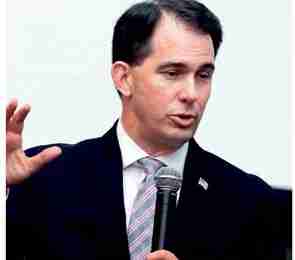 ATLANTA (AP) – Republican governors are getting into the “news” business. The Republican Governors Association has quietly launched an online publication that looks like a media outlet and is branded as such on social media. The Free Telegraph blares headlines about the virtues of GOP governors, while framing Democrats negatively. It asks readers to sign up for breaking news alerts. It launched in the summer bearing no acknowledgement that it was a product of an official party committee whose sole purpose is to get more Republicans elected. Only afterThe Associated Press inquired about the site last week was a disclosure added to The Free Telegraph’s pages identifying the publication’s partisan source. The governors association describes the website as routine political communication. Critics, including some Republicans, say it pushes the limits of honest campaign tactics in an era of increasingly partisan media and a proliferation of “fake news” sites, including those whose material became part of an apparent Russian propaganda effort during the 2016 presidential campaign. “It’s propaganda for sure, even if they have objective standards and all the reporting is 100 percent accurate,” said Republican communications veteran Rick Tyler, whose resume includes Ted Cruz’s 2016 presidential campaign. The website was registered July 7 through Domains By Proxy, a company that allows the originators of a website to shield their identities. An AP search did not find any corporate, Federal Election Commission or IRS filings establishing The Free Telegraph as an independent entity. 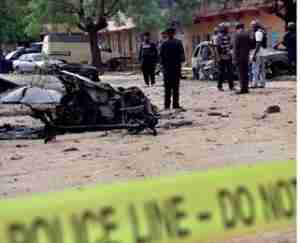 MAIDUGURI, Nigeria (AP) – A Nigerian rescue official says at least 15 people have been killed and 43 others injured in a suicide attack on Mashimari village in Borno state.

Bello Dambatta, head of rescue operations for the Borno State Emergency Management Agency, said women were the majority of those killed in the Monday morning attack and the toll is likely to rise. Dambatta also said most of the victims were evacuated to medical facilities in Maiduguri and Konduga. Bunu Bukar, Secretary of the Hunters Association in Borno State, said three suicide bombers staged the attack after gunshots got villagers to run. The village is not far from the Mandarari Internal Displacement Camp that was attacked in August, he said. Boko Haram has killed more than 20,000 people in its eight-year insurgency.

UNITED NATIONS (AP) – President Donald Trump, in a combative debut speech to the U.N. General Assembly, threatened the “total destruction’” of North Korea if it does not abandon its drive toward nuclear weapons. Trump, who has ramped up his rhetoric throughout the escalating crisis with North Korea, told the murmuring crowd at the U.N. on Tuesday that “it is far past time for the nations of the world to confront” Kim Jong Un and said that Kim’s “reckless pursuit of nuclear weapons” poses a threat to “the entire world with an unthinkable loss of human life. “Rocket man is on a suicide mission for himself and his regime,” Trump said about the North Korean leader. He said of the U.S.:

“If it is forced to defend itself or its allies, we will have no choice but to totally destroy North Korea.” Elected on the nationalist slogan “America First,” Trump argued that individual nations should act in their own self-interest, yet rally together when faced with a common threat. Using bellicose language rare for an U.S. president at the rostrum of the United Nations, Trump touched upon hot spots around the globe, declaring “The scourge of our planet is a group of rogue regimes.” He urged nations to join together to stop Iran’s nuclear program — he declared the deal to restrain it an “embarrassment” for the United States — and defeat “loser terrorists” who have struck violence across the globe. He denounced “radical Islamic terrorism,” the inflammatory label he has recently shied away from. He warned that some violence-plagued portions of the world “are going to hell.” And he made little mention of Russia.