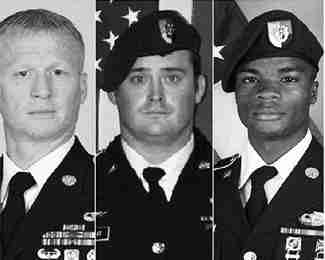 WASHINGTON (AP) – A senior U.S. defense official says the military suspects that American commandos were ambushed in Niger after someone in the village they visited told enemy fighters they were in the area. The Army Green Berets and about 30 Niger forces stopped in a village for an hour or two to get food and water after conducting an overnight reconnaissance mission. After they left they were ambushed by about 50 enemy fighters, killing four Americans and wounding two. The official says the joint patrol was asked to help a second commando team that was hunting for a senior member of al-Qaida in the Islamic Maghreb. The ambushed commandos were collecting information near where the insurgent had last been seen.The official wasn’t authorized to discuss the incident publicly so spoke anonymously. 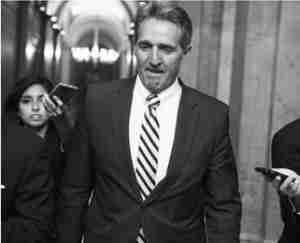 WASHINGTON (AP) – Republican Sen. Jeff Flake said Tuesday he would not seek re-election next year, delivering a forceful condemnation of the “flagrant disregard of truth and decency” and bemoaning political complicity in a Senate speech clearly directed at President Donald Trump. Speaking to a rapt audience of other senators, the first-term Arizona lawmaker spelled out his frustration and disappointment in a floor speech before relaying the news that he would not be on the ballot in 2018. “There are times we must risk our careers,” Flake said. “Now is such a time.” Flake, who has criticized the path that the Republican Party has taken under Trump, said the impulse “to threaten and scapegoat” could turn America and the GOP into a “fearful, backward-looking people” and a “fearful, backward-looking party.” Flake didn’t mention Trump by name, but clearly was directing his remarks at the president and his administration. Flake, a former House member, is a conservative who favors limited government and free markets but one known to work on bipartisan legislation. Most notably, he has worked on immigration legislation aimed at finding a path to citizenship for the 11 million immigrants living here illegally. “A political career does not mean much if we are complicit in undermining these values,” he said. He received applause at the conclusion of his remarks. 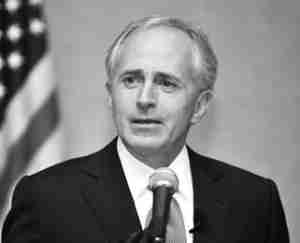 WASHINGTON (AP) – In a startling verbal assault on the president of his own party, Republican Sen. Bob Corker charged Tuesday that Donald Trump “debases our nation” with constant untruths, name calling and bullying, and will leave behind a sad legacy of damaging division. A furious Trump lashed back over Twitter, calling Corker “incompetent,” saying he “doesn’t have a clue” and claiming the two-term lawmaker “couldn’t get elected dog catcher in Tennessee.”

The angry exchange unfolded just hours before Trump lunched with GOP senators at the Capitol to try to unite the party around a rewrite of the nation’s tax code. The meeting lasted nearly 90 minutes, and Corker said afterward that he and the president did not interact during the meal. Afterward, Senate Majority Leader Mitch McConnell, R-Ky., sidestepped reporters’ questions about Corker’s characterization of Trump. “We’re going to concentrate on what our agenda is, and not any of these other distractions that you all may be interested in,” McConnell said.

WASHINGTON (AP) – President Donald Trump’s four-month worldwide ban on refugees ended Tuesday, officials said, as his administration prepared to unveil tougher new screening procedures. Under an executive order Trump signed earlier this year, the United States had temporarily halted admissions for refugees from all countries, with some exceptions. The end-date written into the order came and went Tuesday with no new order from Trump to extend it, according to a State Department official, who wasn’t authorized to comment by name and requested anonymity. Refugees seeking entry to the U.S. will face what officials described as more stringent and thorough examination of their backgrounds, in line with Trump’s “extreme vetting” policy for immigrants. The Homeland Security Department, the State Department and other U.S. agencies have been reviewing the screening process during the temporary ban. 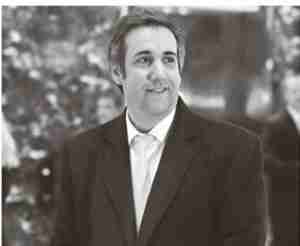 WASHINGTON (AP) – House Republicans on Tuesday revived familiar themes from the 2016 election, launching new probes looking back at the Obama administration and Democrat Hillary Clinton’s emails as close associates of President Donald Trump faced tough questions on Capitol Hill. The announcements of the investigations by three GOP committees were criticized by Democrats as a “massive diversion” from congressional probes into potential coordination between the Kremlin and associates of the Trump campaign and from two witnesses close to President Donald Trump that appeared privately before the House intelligence panel for questioning. Trump’s personal lawyer, Michael Cohen, and his former campaign data director, Brad Parscale, were both interviewed by the House panel behind closed doors Tuesday. Cohen’s interview lasted around six hours, while Parscale’s interview was ongoing through the afternoon. Two lawmakers familiar with Cohen’s interview said it had been “contentious,” but declined to elaborate on what was said. The lawmakers asked not to be identified because the meeting was private.

WASHINGTON (AP) – Members of Congress from both parties on Tuesday called for an investigation into a $300 million contract awarded to a small company based in Interior Secretary Ryan Zinke’s hometown of Whitefish, Montana. The Puerto Rico Electric Power Authority awarded the contract to Whitefish Energy Holdings to help crews restore transmission and distribution lines damaged or destroyed during Hurricane Maria. The two-year-old company had just two full-time employees when the storm hit last month, but says it is contracting with hundreds of workers for the Puerto Rico project. Maria hit the island on Sept. 20 as a Category 4 storm, killing more than 50 people and knocking out electricity to the whole island. More than a month later, only 30 percent of customers have power. Rep. Raul Grijalva of Arizona, senior Democrat on the House Natural Resources Committee, said Congress “needs to understand why the Whitefish contract was awarded and whether other, more cost-effective options were available.” A spokesman for Natural Resources Committee Chairman Rob Bishop, R-Utah, agreed that congressional review was needed. The resources panel oversees Puerto Rico, a U.S. territory.

THE LATEST: JUDGE: TEEN MUST BE ALLOWED ABORTION ‘PROMPTLY’

WASHINGTON (AP) – A federal judge has ordered the U.S. government to let a pregnant teenager in immigration custody have an abortion “promptly and without delay.” U.S. District Judge Tanya Chutkan issued a new order Tuesday shortly after a federal appeals court ruling that cleared the way for the 17-year-old to have an abortion. The order allows the teen to get required counseling as soon as Tuesday and have an abortion Wednesday. The teen is 15 weeks pregnant and being held in a Texas facility for unaccompanied minors who entered the United States illegally.Texas law requires women to have counseling 24 hours before an abortion with the doctor who will perform the procedure. The government could still appeal to the U.S. Supreme Court.

FLAGSTAFF, Ariz. (AP) – The National Park Service is considering a steep increase in entrance fees at 17 of its most popular parks, mostly in the U.S. West, to address a backlog of maintenance and infrastructure projects.Visitors to the Grand Canyon, Yosemite, Yellowstone, Zion and other national parks would be charged $70 per vehicle, up from the fee of $30 for a weekly pass. At others, the hike is nearly triple, from $25 to $70.A 30-day public comment period opened Tuesday. The Park Service says it expects to raise $70 million a year with the proposal at a time when national parks repeatedly have been breaking visitation records and putting a strain on park resources. Nearly 6 million people visited the Grand Canyon last year. “We need to have a vision to look at the future of our parks and take action in order to ensure that our grandkids’ grandkids will have the same if not better experience than we have today,” Interior Secretary Ryan Zinke said in a statement. “Shoring up our parks’ aging infrastructure will do that.” Annual $80 passes for federal lands would not change, though fees would go up for pedestrians and motorcyclists. The higher fees would apply only during the five busiest contiguous months for parks, for most that’s May through September when many families are on vacation.