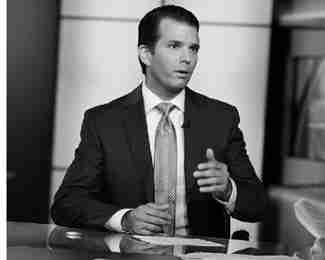 WASHINGTON (AP) – President Donald Trump’s oldest son released a series of private Twitter exchanges between himself and WikiLeaks during and after the 2016 election, including pleas from the website to publicize its leaks. Donald Trump Jr.’s release of the messages on Twitter came hours after The Atlantic first reported them Monday. In the exchanges — some of them around the time that the website was releasing the stolen emails from Democrat Hillary Clinton’s campaign chairman — WikiLeaks praises his father’s positive comments about WikiLeaks and asks Trump Jr. to release his father’s tax returns to the site. The revelations are sure to increase calls in Congress to have Trump Jr. testify publicly as part of several committee probes into Russian interference in the 2016 election. And they add a new element to the investigations that have been probing for months whether Trump’s campaign colluded in any way with the Russian government.

WASHINGTON (AP) – The Senate’s top Republican says the party still hopes to retain an Alabama Senate seat at the center of a scandal involving GOP nominee Roy Moore.
Majority Leader Mitch McConnell said Tuesday: “We would hope to save the seat and that might require a write-in” campaign. McConnell says he expects to discuss the issue with President Donald Trump once he returns to Washington. The national party has turned against Moore, a Christian conservative accused of molesting teenage girls during the late 1970s when he was in his 30s. Trump has remained quiet while on an extended trip to Asia. McConnell says with the Dec. 12 election three weeks away, “it’s a very complicated matter” to try to retain the seat. Moore can’t be knocked off the ballot under Alabama law. 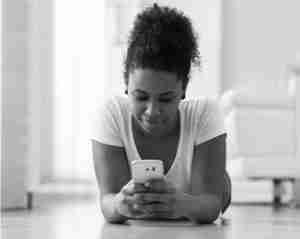 RISE IN TEEN SUICIDE, SOCIAL MEDIA COINCIDE; IS THERE LINK?

CHICAGO (AP) – An increase in suicide rates among U.S. teens occurred at the same time social media use surged and a new analysis suggests there may be a link. Suicide rates for teens rose between 2010 and 2015 after they had declined for nearly two decades, according to data from the federal Centers for Disease Control and Prevention. Why the rates went up isn’t known. The study doesn’t answer the question, but it suggests that one factor could be rising social media use. Recent teen suicides have been blamed on cyberbullying, and social media posts depicting “perfect” lives may be taking a toll on teens’ mental health, researchers say. “After hours of scrolling through Instagram feeds, I just feel worse about myself because I feel left out,” said Caitlin Hearty, a 17-year-old Littleton, Colorado, high school senior who helped organize an offline campaign last month after several local teen suicides. “No one posts the bad things they’re going through,” said Chloe Schilling, also 17, who helped with the campaign, in which hundreds of teens agreed not to use the internet or social media for one month.’ Use of smartphones and social media is important, and so is setting reasonable limits, she said. 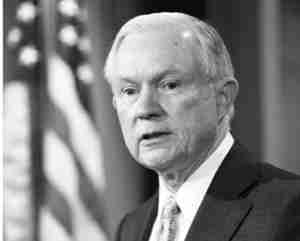 WASHINGTON – Attorney General Jeff Sessions on Tuesday displayed a hazy memory of the Trump campaign’s discussions about and dealings with Russians in the 2016 election, denying he ever lied to Congress about those contacts but blaming the chaos of the race for fogging his recollections. During more than five hours of testimony to Congress, Sessions sought to explain away apparent contradictions in his earlier accounts by citing the exhausting nature of Donald Trump’s upstart but surging bid for the White House. He also denied under repeated questioning from Democrats that he had been influenced by Trump. But after saying under oath months ago that he was unaware of any relationship between the campaign and Russia, Sessions acknowledged for the first time that the arrest of a low-level campaign adviser reminded him after all of a meeting at which the aide, George Papadopoulos, proposed setting up a get-together between Trump and Russian President Vladimir Putin. “After reading his account and to the best of my recollection,” Sessions told the House Judiciary Committee, “I believe that I wanted to make clear to him that he was not authorized to represent the campaign with the Russian government or any other foreign government for that matter. “But I did not recall this event, which occurred 18 months before my testimony of a few weeks ago,” he added, “and I would gladly have reported it had I remembered it because I pushed back against his suggestion that I thought may have been improper.” 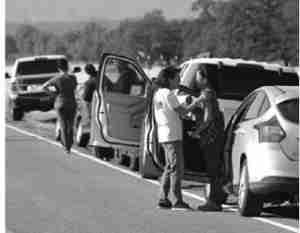 RED BLUFF, Calif. (AP) – A gunman choosing targets at random opened fire in a rural Northern California town Tuesday, killing four people at several sites and wounding others at an elementary school before police shot him dead, authorities said.The gunfire began around 8 a.m. in the community of Rancho Tehama Reserve, about 130 miles north of Sacramento.Police offered no immediate word on the assailant’s motive, but a sheriff’s official said the shooter’s neighbors had reported a domestic violence incident.“It was very clear at the onset that we had an individual that was randomly picking targets,” Tehama County Assistant Sheriff Phil Johnston said. Witnesses reported hearing gunshots and children screaming at an elementary school about five miles down a road from where the shooting is believed to have started. Several people were wounded at the school, said Jeanine Quist, an administrative assistant with the Corning Union Elementary School District. Salvador Tello said the gunman fired at a truck in front of him as he was dropping off his three children. Tello said he was about three blocks from the school when bullets made “big holes” in the truck in front of him. He said he forced his children to duck down and slammed his truck into reverse and headed to the children’s grandmother’s house. “I put my kids down and put my truck in reverse and went out,” he said. “I don’t believe it because I wake up, take my kids, feed them cereal and put them in the truck and says ‘Let’s go to school like a normal day.’” On the way, he said, he saw an apparent gunshot victim and police at another scene. Details were still sketchy hours after the shootings, and authorities did not have a firm count of the wounded due to the number of places the gunman attacked, Johnston said. Authorities recovered a semi-automatic rifle and two handguns.

MADISON, Wis. (AP) – The Democratic head of the state firefighters union launched his candidacy Monday to take on Republican Gov. Scott Walker, looking to avenge a defeat in the 2012 recall while also attempting to become Wisconsin’s first African American governor. Mahlon Mitchell, a Madison firefighter who lives in the suburb of Fitchburg, said he was running because “after eight years of Scott Walker, it’s time for change.” “I look at Madison, and see Governor Walker who now wants to be in office for 12 years!? Over a decade?!” Mitchell tweeted on Monday. “He spent last year running for president: Wisconsin was Walker’s Plan B. He’s already had eight years in office, and he’s failed us, the people of Wisconsin!” Walker’s campaign spokesman Nathan Craft responded by not addressing Mitchell directly, but instead saying Walker is seeking a third term because “there’s more to be done.” Mitchell, like Walker, grew up in Delavan. But at 40, he is a decade younger than Walker who turned 50 earlier this month. Mitchell was outspoken against Walker’s proposal in 2011 that effectively ended collective bargaining for most public workers. It did not apply to police and firefighters, but as head of the Professional Fire Fighters of Wisconsin Mitchell led marches in opposition and then ran for lieutenant governor in the 2012 recall.

MINNEAPOLIS (AP) – Hate crimes in Minnesota rose for the second straight year in 2016, with the bulk of crimes motivated by the victim’s race or ethnicity. Crimes were also committed against victims because of their religion or sexual orientation. The FBI released its 2016 hate crime statistics report Monday. Minnesota reported 119 hate crimes last year, up from 109 in 2015. Nationally, there were more than 6,100 hate crimes in 2016, up about 5 percent over the previous year.The yearly report is the most comprehensive accounting of hate crimes in the U.S. But authorities warn it’s incomplete, partly because it’s based on voluntary reporting by police agencies. The number of participating agencies also varies from year to year.Minnesota’s 2016 figures come from just 10 percent of participating agencies statewide. 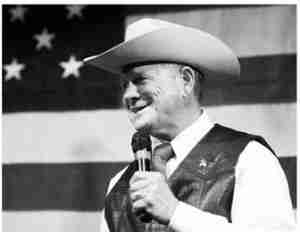 For many evangelicals, fiery Alabama politician and judge Roy Moore has been a longtime hero. Others have sometimes cringed at his heated rhetoric and bellicose style. Now, as Moore’s Republican U.S. Senate campaign is imperiled by allegations of sexual overtures to a 14-year-old girl when he was in his 30s, there’s an outpouring of impassioned and soul-searching discussion in evangelical ranks. “This is one of those excruciating decision moments for evangelicals,” Albert Mohler, president of the Southern Baptist Theological Seminary, said in a telephone interview. “These allegations, if true, are devastating. If true, this is a very big deal.” Mohler said Alabama voters face a potentially wrenching task of trying to determine if the allegations – Moore has emphatically denied them – are credible. According the Pew Research Center, 49 percent of Alabama adults are evangelical Protestants. For some of them, the Moore allegations echo the quandary they faced last year, wrestling over whether to support Donald Trump in the presidential race despite his crude sexual boasts. The Rev. Robert Franklin, professor of moral leadership at Emory University’s Candler School of Theology in Atlanta, said The Washington Post’s report about the Moore allegations represents a test of “moral consistency” for evangelicals. “Evangelicals are steadily losing their moral authority in the larger public square by intensifying their uncritical loyalty to Donald Trump,” Franklin wrote in an email. “Since this is Roy Moore and not Donald Trump, I think there may be significant disaffection with him, and increased demands for his removal from the ballot.”