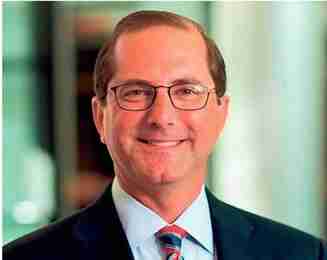 WASHINGTON (AP) – Newly disclosed financial records show that President Donald Trump’s nominee to become Health and Human Services Secretary reaped big earnings during his tenure as a top pharmaceutical executive. As a top drug industry veteran from 2007 to 2017, former Eli Lilly and Co. executive Alex Azar built a substantial financial portfolio now worth $9.5 million to $20.6 million, and he was paid nearly $2 million in his final year at the company. Azar was a former general counsel and deputy secretary at HHS during President George W. Bush’s administration. If confirmed, he would replace Tom Price, who resigned under pressure after using private charter flights at taxpayers’ expense. In remarks Monday before a Cabinet meeting at the White House, Trump said he was “proud” of Azar’s nomination and urged the Senate to “swiftly confirm” him, citing the nominee just before a discussion of the national opioid epidemic. Azar oversaw Eli Lilly’s lobbying of the federal government during a sensitive two-year period when the pharmaceutical firm was under investigation by the Justice Department for improperly marketing a medication used for schizophrenia. From 2007 to 2009, when Azar worked as a senior vice president in charge of corporate affairs and communications. In January 2009, the Indianapolis-based Eli Lilly settled with the Justice Department, agreeing to pay $1.4 billion to the government and to several states for improper marketing of Zyprexa, a schizophrenia medication that was marketed for other non-authorized uses.

DETROIT, MI. (AP) – The latest reports that children in Detroit have the highest levels of lead in their bodies than anywhere else in the state should make everyone nervous and perturbed. And the city’s own report points to the ongoing home demolition program as a culprit in this public health fiasco. According to the Centers for Disease Control and Prevention, “One common way children can be exposed to lead are chips and particles of old lead paint. Children can be directly exposed to lead from paint if they swallow paint chips. But exposure is more common from swallowing house dust or soil contaminated by leaded paint.” With such high levels of lead exposure among its youth, Detroit is obviously contaminating its future and undermining its socio-economic potential. In fact, any city that cannot maintain a healthy environment for its children to grow in is one that will be beset with heavy-duty problems for generations to come. 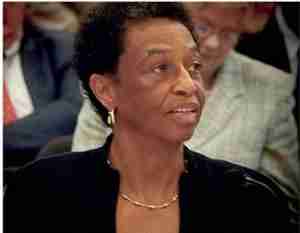 MIAMI – The Board of Trustees of Florida Memorial University (FMU) has announced that a major leadership change will take place. Dr. Castell Vaughn Bryant has been appointed Acting President of FMU, effective Monday, November 20. Dr. Michelle Howard-Vital, the University’s current interim president, is on medical leave. “With great dedication and much determination, Florida Memorial University is committed to empowering our students to succeed with exceptional excellence,” said JoLinda L. Herring, Esq., chairman of the board of trustees. “The change in leadership will help position our University’s common core values and services to our students as well as throughout our community. Dr. Bryant brings both the qualifications and experience needed to strengthen this process. Her love for the students, toppled with her extensive knowledge and awareness of our community and the HBCU environment, are but a few of her stellar attributes. Under her leadership, direction and guidance, we are certain that she will provide the stability and focus required as we continue our search efforts for a permanent president.”

Dr. Castell Bryant is no stranger to the South Florida community or to the leadership role for a Historically Black College and University (HBCU). In South Florida, she has served as the Campus President at Miami-Dade College; and was FMU’s interim Chief Executive Officer. She has also served as Interim President at Florida Agricultural and Mechanical University (FAMU); and as Interim Vice President for Academic Affairs at Bethune Cookman University. Bryant is an academic leader who embraces a philosophy in her own words to “keep students at the center of the decision-making process.” She has devoted her life to education, and has served in that capacity in the state of Florida for more than 30 years. She began her educational journey at FAMU where she earned both her Bachelor’s and Master’s degrees. She was awarded a Doctorate degree from Nova Southeastern University. She also attended the Graduate School of Education at Harvard University. Her extensive professional organizations include her role as a Member of the Florida Board of Governors for the State’s University System; Vice President of the National Council of Black American Affairs; Chair of the Governor’s Taskforce-Equity in Educational Opportunity (K-12) and the Florida Council for Assessment College-level Test (ACT), to name a few. She is a champion for the students and is recognized in this effort nationwide. 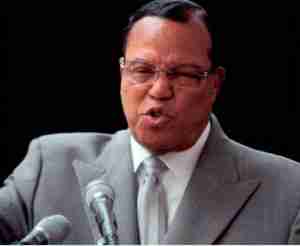 WASHINGTON (AP) – Minister Louis Farrakhan, the leader of the Nation of Islam, on Thursday called on President Donald Trump to repent for America’s sins and chastised Americans who are upset with Trump’s image, saying “he’s your reflection.”

Farrakhan, in a wide-ranging, two-hour speech at the Watergate Hotel, touched on issues as varied as North Korea, race relations and relations between Muslims in the Middle East in what he called an address to Trump.”Mr. President, you won’t make America great again, not in our time,” said Farrakhan, 84, referring to the president’s “Make America Great Again” campaign slogan. “She became great killing Native Americans. She became great enslaving us, bringing us from Africa into America to work the cotton fields. You’re not going to get that opportunity back anymore.”The Nation of Islam, formed in Detroit in the 1930s, in part aims to free blacks from “servitude” to Western civilization – white society. Farrakhan called on Trump to “repent for all of the evils that America has done to us, to the peoples of the world.”During the presidential campaign, Farrakhan sent mixed signals about Trump, indicating he saw some reflection of his worldview in the candidate’s rhetoric, including the Republican’s talk of a “global power structure” that has rigged the economy. Farrakhan has long promoted conspiracy theories, blaming Israel and Jews for the Sept. 11 attacks, and accusing Jews of controlling the American government. Trump has called some Mexican immigrants rapists, advocated policies that put Muslims under general suspicion and has been criticized for being slow to condemn white supremacists.

Farrakhan on Thursday called Trump “transparent” and “real,” and said “he is what he is.” Some “wanted him to put on a suit and act dignified, like the thieves and robbers who dress in suits and tell lies,” he added. “He’s telling lies all right, and you’re angry because he’s your reflection,” Farrakhan said. “He’s an anomaly. You can’t make him what you desire him to be so you can say, `That’s my president.’ He wasn’t made that way.”

WASHINGTON (AP) – President Donald Trump says the NFL should suspend Oakland Raiders running back Marshawn Lynch. Lynch sat during most of the U.S. anthem and stood for the Mexican anthem before Sunday’s game against the Patriots at Azteca Stadium in Mexico City. Lynch hasn’t stood for the national anthem since returning from retirement this season. Trump tweeted early Monday: “Great disrespect! Next time NFL should suspend him for remainder of season. Attendance and ratings way down.” Former 49ers quarterback Colin Kaepernick started the movement last season when he refused to stand during the anthem to protest racial inequality and police brutality.

DAYTONA BEACH, Fla. (AP) – Bethune-Cookman ran for three fourth-quarter touchdowns – on three consecutive drives – and the Wildcats rallied for a 29-24 victory over Florida A&M on Saturday. Bethune-Cookman trailed 24-10 just six seconds into the fourth quarter after Florida A&M’s Devin Bowers ran it in from the 8-yard line to cap a six-play drive. But the Wildcats (7-4, 6-2 Mid-Eastern Athletic Conference) mounted the comeback when Larry Brihm Jr. directed a 9-play, 52-yard drive that ended with his 5-yard TD run to cut the deficit to 24-17 with 11:27 left to play. After the Rattlers turned the ball over on downs at their own 32-yard line, Bethune-Cookman used five plays to get in the end zone on a 4-yard run by Michael Jones. Uriel Hernandez had his extra-point attempt blocked, leaving the Wildcats trailing 24-23. After forcing a three-and-out, Bethune-Cookman took over at its 22-yard line with 5:44 left to play. Jamaruz Thompkins ran twice for 21 yards to open the drive and Brihm Jr. capped the 13-play sequence that ate 4:29 off the clock with a game-winning 2-yard TD run. The Rattlers’ last shot at a victory ended when Diquan Richardson intercepted a Ryan Stanley pass with 36 seconds left. Brihm finished with 280 yards passing and a score for the Wildcats. Stanley passed for 236 yards with a TD and a pick for Florida A&M, while Ricky Henrilus rushed for 95 yards and a score on 15 carries.

BOSTON (AP) – The Massachusetts’ health care industry is concerned about losing scores of workers. More than 30 providers wrote to the Department of Homeland Security Nov. 10 urging it to extend Temporary Protected Status, or TPS, for Haitian immigrants. Major institutions like Massachusetts General Hospital to smaller community-based health centers in Brockton, Lynn and elsewhere signed onto the letter.

TPS allows immigrants to temporarily live and work in the U.S. following natural disasters, civil war and other challenges in their homeland. The Trump administration announced this week TPS for Haitians will end in 2019. Massachusetts has about 4,735 Haitian TPS holders and Boston has the nation’s third largest Haitian community.

The request, President Donald Trump’s third since hurricanes Harvey, Irma and Maria slammed the Gulf Coast and Caribbean, would bring the total appropriated for disaster relief this fall close to $100 billion. That’s before most of the money to rebuild Puerto Rico’s devastated housing stock and electric grid is added in. The new installment would add $24 billion to the government’s chief disaster account and establish a new $12 billion grant program for flood risk mitigation projects. But it’s already under assault from lawmakers who say it’s not enough and there are sure to be attempts to add to the measure.