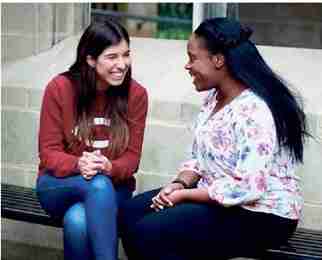 CHICAGO (AP) – The University of Chicago is preparing to unveil a sculpture in honor of a 1900s alumna, who was the first black woman to receive a doctorate from the university.

Students Asya Akca and Shae Omonijo unveiled a bust of Georgiana Rose Simpson at the Reynolds Club on Tuesday, the Chicago Tribune reported. The Reynolds Club is the university’s student center that was once accessible only to white males. “The University of Chicago is on the South Side in a predominantly African-American community, and yet there is not that much African-American history represented on our campus,” Omonijo said. “This is despite the fact that so many prominent black scholars came from this institution.” Omonijo and Akca said they want to work to develop new monuments of women and minorities who have gone unrecognized for their contributions. “Oftentimes women’s history is untold and underrepresented in our world,” Akca said. “That’s something we both want to fix. This is a problem, not only in Chicago, but in Washington, D.C., and Louisville (Ky.) and everywhere else.”Records show Simpson was asked to leave the dorms after her presence caused uproar among students because of her race. She commuted to campus until she completed her studies. Simpson went on to write for W.E.B. Du Bois’ publications.

N. KOREA LAUNCHES ICBM IN POSSIBLY ITS LONGEST-RANGE TEST YET

WASHINGTON (AP) – North Korea abruptly ended a 10-week pause in its weapons testing Tuesday by launching what the Pentagon said was an intercontinental ballistic missile — possibly its longest-range test yet — a move that will escalate already high tensions with Washington. Pentagon spokesman Col. Rob Manning said the missile was launched from Sain Ni, North Korea, and traveled about 1,000 kilometers (620 miles) before landing in the Sea of Japan within 370 nautical kilometers (200 nautical miles) of Japan’s coast. It flew for 53 minutes, Japan’s defense minister said. South Korea, a key U.S. ally separated from the North by a highly militarized border, responded with shorter-range missile tests of its own to mimic striking the North Korea launch site, which it said lies not far from the North Korean capital. The launch is North Korea’s first since it fired an intermediate range missile over Japan on Sept. 15, and it appeared to shatter chances that the hiatus could lead to renewed diplomacy over the reclusive country’s nuclear program.

U.S. officials have sporadically floated the idea of direct talks with North Korea if it maintained restraint. 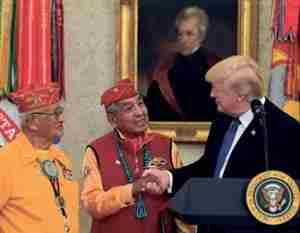 TRUMP GETS BLOWBACK FOR HIS ‘POCAHONTAS’ JAB AT NAVAJO EVENT

FLAGSTAFF, Ariz. (AP) – Families of Native American war veterans and politicians of both major parties are criticizing President Donald Trump for using a White House event honoring Navajo Code Talkers to take a political jab at a Democratic senator he has nicknamed “Pocahontas.” The Republican president on Monday turned to a nickname he often deployed for Massachusetts Sen. Elizabeth Warren during the 2016 presidential campaign to mock her claims about being part Native American. He told the three Navajo Code Talkers on stage that he had affection for them that he doesn’t have for her. “It was uncalled for,” said Marty Thompson, whose great-uncle was a Navajo Code Talker. “He can say what he wants when he’s out doing his presidential business among his people, but when it comes to honoring veterans or any kind of people, he needs to grow up and quit saying things like that.” Pocahontas is a well-known historical figure who bridged her own Pamunkey Tribe in present-day Virginia with the British in the 1600s. But the National Congress of American Indians says Trump wrongly has flipped the name into a derogatory term, and the comment drew swift criticism from American Indians and politicians.

“Our nation owes a debt of gratitude to the Navajo Code Talkers, whose bravery, skill & tenacity helped secure our decisive victory over tyranny & oppression during WWII,” Arizona Republican Sen. John McCain, a decorated veteran of the Vietnam War, tweeted Tuesday. “Politicizing these genuine American heroes is an insult to their sacrifice.” Warren said Trump’s repeated references to her as “Pocahontas” will not keep her from speaking out.

UN: ABOUT 11 PERCENT OF DRUGS IN POOR COUNTRIES ARE FAKE

LONDON (AP) – About 11 percent of medicines in developing countries are counterfeit and likely responsible for the deaths of tens of thousands of children from diseases like malaria and pneumonia every year, the World Health Organization said Tuesday. It’s the first attempt by the U.N. health agency to assess the problem. Experts reviewed 100 studies involving more than 48,000 medicines. Drugs for treating malaria and bacterial infections accounted for nearly 65 percent of fake medicines. WHO’s director-general said the problem mostly affects poor countries. Between 72,000 and 169,000 children may be dying from pneumonia every year after receiving bad drugs. Counterfeit medications might be responsible for an additional 116,000 deaths from malaria mostly in sub-Saharan Africa, according to scientists at the University of Edinburgh and London School of Hygiene and Tropical Medicine commissioned by the WHO. “Imagine a mother who gives up food or other basic needs to pay for her child’s treatment, unaware that the medicines are substandard or falsified, and then that treatment causes her child to die,” WHO chief Tedros Adhanom Ghebreyesus said in a statement. “This is unacceptable.” Counterfeit drugs include products that have not been approved by regulators, fail to meet quality standards or deliberately misrepresent an ingredient, according to WHO, which published the two reports. In 2013, WHO set up a voluntary global monitoring system for substandard and fake drugs and has received reports of about 1,500 problematic medicines including drugs that claim to treat heart problems, diabetes, fertility problems, mental health issues and cancer. WHO also reported problems of fake vaccines for diseases including yellow fever and meningitis. WHO credited the database with saving the lives of several dozen children in Paraguay after an analysis showed they were affected by a contaminated drug contained in a cough medicine that had killed 60 adults in Pakistan several months earlier in 2013.

NAIROBI, Kenya (AP) — President Uhuru Kenyatta vowed at his inauguration Tuesday to unite Kenyans after months of election turmoil, but violence flared anew as police shot dead at least three people, including a child, when opposition supporters tried to hold a memorial for dozens killed in earlier protests. Police in the capital, Nairobi, tried to break up the opposition’s peaceful gathering for those slain since the political unrest began in August. Opposition leader Raila Odinga, who was shoved into his vehicle amid clouds of tear gas shortly after he called Kenyatta’s presidency illegitimate, put the death toll at three. One was a 7-year-old boy killed by a stray bullet amid the chaos, according to witness Isaac Mekenye. Associated Press video showed opposition supporters fleeing as gunfire popped, and security forces hitting unarmed people with batons. Other people splashed water from slum puddles into their eyes to wash away the tear gas. Kenyatta, speaking to a cheering crowd of tens of thousands in Nairobi’s Kasarani Stadium, called the past few months “a trying time” for Kenya, and he urged an end to divisiveness and hate. The recent events show that “our constitution is no piece of paper,” he said, but he warned that the country’s institutions should not be destroyed whenever they don’t deliver the desired results. Kenya has gone through months of political uncertainty since Kenyatta defeated Odinga in an August election that was nullified by the Supreme Court, which cited irregularities following a challenge to the results by Odinga, and a new vote was ordered. It was the first time in Africa that a court had nullified a presidential election. 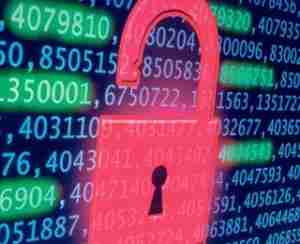 A federal indictment unsealed Monday in Pittsburgh says the trio’s targets included Siemens AG, Moody’s Analytics in New York and Trimble Inc. in Sunnyvale, California. The indictment says they ran a company called Boyusec offering cyber-security services to Chinese businesses. The men are accused of sending phony emails that look legitimate in order to hack into corporate computers across the world. Prosecutors say they concealed their identities and locations using aliases and valid credentials stolen from victim computer systems. They are charged with crimes dating to 2011. But with no extradition treaty with China, the chances are slim they will be brought to the U.S. to face them. 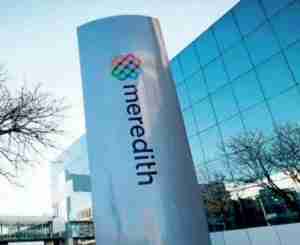 NEW YORK (AP) – Magazine and broadcasting company Meredith is buying magazine publisher Time for about $1.8 billion, with help from the billionaire Koch brothers, to bulk up on readers as the publishing industry navigates the difficult transition to digital from print.

Its women and lifestyle-focused magazines and websites include Better Homes & Gardens, Family Circle and Allrecipes. Time Inc., based in New York, has publications including Time, Sports Illustrated, People, Fortune and Entertainment Weekly. Including Time’s debt, Meredith values the deal at $2.8 billion. To get the deal done, Meredith got $650 million in financial backing from the private equity arm of Koch Industries, the energy conglomerate of the billionaire brothers Charles and David Koch, known for their advocacy for conservative causes. The Koch investment has raised eyebrows in media circles. The company said that the Koch brothers would not influence editorial operations, however. Meredith CEO Steve Lacy said on a call Monday morning that the company had not wanted an investor who would want to help run the business, so it went with Koch for financial aid because of their desire to be “passive” investors and because they didn’t require a board seat. A Koch representative did not answer questions about why the company was interested in media but Monday said that the investing arm, Koch Equity Development, was making a “passive financial investment” that doesn’t include board or management representation.

Next post Is it time to put down Soul Food?

Previous post Can someone “inherit” a Homestead Exemption along with inherited property?