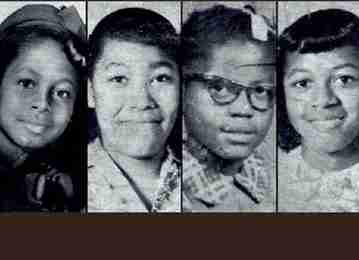 BIRMINGHAM, Ala. (AP) – Convicted of murder in the deadliest attack of the civil rights era, the one-time Ku Klux Klansman glowered when the judge asked if he had anything to say before going to prison for a church bombing, which killed four black girls in 1963. On cue, Bobby Frank Cherry pointed at a prosecution table that included Doug Jones. “This whole bunch lied all the way through this thing,” Cherry said in a deep Southern drawl. “I told the truth. I don’t know why I’m going to jail for nothing.” Fifteen years after Cherry snarled at Jones, the bombing is echoing in Alabama’s fractious Senate race. Now the Democratic nominee, Jones is touting a record that includes the prosecutions of Cherry and another one-time Klansman, Thomas Blanton Jr., as he asks voters in Republican-run Alabama to turn on GOP nominee Roy Moore and give him a try. “I still believe that those cases were on the right side of history,” he told reporters after a stop in Montgomery. “I believe that this campaign is on the right side of history, and that people are ready to move forward rather than backward.” Moore and his supporters are depicting Jones as an out-of-touch, Obama-loving liberal who is soft on issues including crime. The tactic could work based on the state’s history: Conservative white Republicans dominate the electorate in Alabama, no Democrat holds statewide office and President Donald Trump carried more than 60 percent of the state vote last year. The bomb went off on the morning of Sept. 15, 1963, a Sunday, and blasted a huge hole in the church at almost the exact spot five young women were in a restroom getting ready for worship. The explosion killed 11-year-old Denise McNair and 14-year-olds Addie Mae Collins, Carole Robertson and Cynthia Morris, also known as Cynthia Wesley. Collins’ sister, Sarah Collins Rudolph, was seriously injured.Investigators soon had a list of Klan suspects that included Cherry and Blanton, plus Robert Chambliss and Herman Frank Cash. All were active in a Klan group with a reputation for violence, and Chambliss had a nickname to match -”Dynamite Bob.” 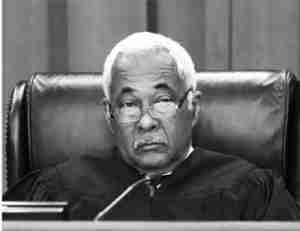 LAS VEGAS (AP) – Two veteran Nevada Supreme Court justices say this will be their last term on the seven-member bench, in an announcement that means two new members will be elected in November 2018. Justices Michael Douglas and Michael Cherry each said in brief comments before hearing appellate arguments Monday in Las Vegas that they’ll retire in January 2019 after their terms on the state high court expire. Douglas has been on the court since his appointment by Republican former Gov. Kenny Guinn in March 2004. He’s the first black justice ever on the state high court, and will serve as chief justice in 2018. Cherry was elected in November 2006 and took his seat in January 2007. The last time two Nevada justices were elected at once was November 2004. 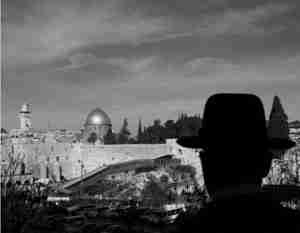 TRUMP FORGES AHEAD ON JERUSALEM DESPITE WARNINGS OF VIOLENCE

WASHINGTON (AP) – President Donald Trump forged ahead with plans to recognize Jerusalem as Israel’s capital despite intense Arab, Muslim and European opposition to a move that would upend decades of U.S. policy and risk potentially violent protests. Trump also told the leaders of the Palestinian Authority and Jordan in phone calls that he intends to move the U.S. Embassy in Israel from Tel Aviv to Jerusalem. It remained unclear, however, when he might take that physical step, which is required by U.S. law but has been waived on national security grounds for more than two decades. For now, U.S. officials familiar with Trump’s planning said he would immediately declare Jerusalem as Israel’s capital, a rhetorical volley that could have its own dangerous sequences. The U.S. Consulate in Jerusalem ordered its personnel and their families not to conduct personal travel to Jerusalem’s Old City or the West Bank due to fears of unrest over the expected U.S. announcement. The consulate said government employees could still travel to those areas for essential business but only with additional security. The warning also urged American citizens to avoid large crowds or areas with increased police or military presence. The United States has never endorsed the Jewish state’s claim of sovereignty over any part of Jerusalem and has insisted its status be resolved through Israeli-Palestinian negotiation. 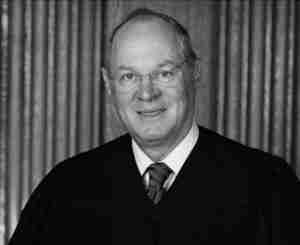 WASHINGTON – His vote likely to decide the outcome, Supreme Court Justice Anthony Kennedy voiced competing concerns Tuesday about respecting the religious beliefs of a Colorado baker who wouldn’t make a wedding cake for a same-sex couple, and the gay couple’s dignity. Kennedy, the author of all the court’s major gay-rights decisions, worried early in a riveting argument at the high court that a ruling in favor of baker Jack Phillips might allow shop owners to put up signs saying “We do not bake cakes for gay weddings.” But later, Kennedy said the Colorado Civil Rights Commission seemed “neither tolerant nor respectful of Mr. Phillips’ religious beliefs” when it found his refusal to bake a cake for the gay couple violated the state’s anti-discrimination law. Phillips and the couple, Charlie Craig and David Mullins, were all in the courtroom Tuesday to listen to an argument that otherwise seemed to put the conservative justices squarely with Phillips and the liberals on the couple’s side. The case pits Phillips’ First Amendment claims of artistic freedom against the anti-discrimination arguments of the Colorado commission, and the two men Phillips turned away in 2012. The argument was the first involving gay rights since the Supreme Court ruled in 2015 that states could not prevent same-sex couples from marrying. The Trump administration is supporting Phillips in his argument that he can’t be forced to create a cake that violates his religious beliefs. 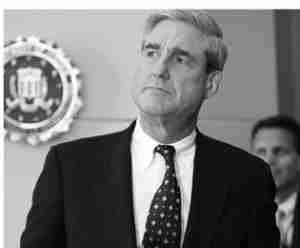 WASHINGTON – The special counsel investigation into possible coordination between President Donald Trump’s campaign and Russia during the 2016 presidential election has cost more than $6.7 million so far, according to a financial report released Tuesday. The release of the report by special counsel Robert Mueller’s office comes as the investigation appears to be gaining steam: Prosecutors have gained a key cooperator in their investigation and revealed that they are keenly focused on the actions of the president and his inner circle. Of the overall price tag, only about $3.2 million was spent directly by the special counsel’s office. An additional $3.5 million was paid out by the Justice Department to support the investigation, though the special counsel’s office says that money would have been spent on ongoing probes anyway, even if Mueller had not been appointed. Mueller incorporated several active investigations within the Justice Department including those of Trump campaign contacts with Russia, former Trump campaign chairman Paul Manafort’s business activities and former national security adviser Michael Flynn.

CHARLESTON, S.C. (AP) – The cellphone video of a white South Carolina officer shooting an unarmed black motorist as he ran away is again being scrutinized in court. Except this time, the audience is a federal judge deciding how long the officer will spend in prison instead of a jury of 12 trying to decide if he is guilty of murder. The sentencing hearing for ex-officer Michael Slager opened up Monday with his attorneys playing cellphone and dashcam video that showed the traffic stop and the shooting itself.

Slager’s attorneys think the videos show him acting in a calm, professional demeanor leading up to the fatal shooting of Walter Scott. Prosecutors believe the videos depict the officer’s callous behavior. The last person to testify was FBI agent Anthony Imel, who enhanced the video that was seen around the world days after Scott was killed. Imel enhanced Feidin Santana’s video to highlight where Slager’s stun gun lay, on the ground, several feet behind the officer as he ran after and shot Scott in April 2015. Imel also walked prosecutors through video showing Slager running back to the spot where the stun gun lay, picking it up, and later dropping it by Scott’s body. Slager, 36, pleaded guilty in federal court in May to violating Scott’s civil rights by shooting Scott without justification. He faces up to life in prison when he is sentenced by a judge, perhaps as soon as this week. Federal sentencing officials have recommended between 10 to nearly 13 years in prison.

NEW YORK (AP) – A judge will decide whether to toss a defamation lawsuit against President Donald Trump by a former contestant on his reality TV show “The Apprentice” who accused him of unwanted sexual contact. Summer Zervos was a contestant on the show in 2006 and sued the Republican after he dismissed as “fabricated and made-up charges” her claims that he made unwanted sexual contact with her at a Beverly Hills, California, hotel in 2007. Her lawsuit sought an apology and $2,914. Trump’s lawyers argued in court papers that the U.S. Constitution immunizes him from being sued in state court while he’s president. The lawyers said their position is supported by a long line of U.S. Supreme Court cases requiring courts to show deference to the president and his schedule. They also argued his statements are protected by the First Amendment. “Ms. Zervos cannot hold the President liable for engaging in political speech in the context of a public debate,” Trump’s lawyers argued. Judge Jennifer Schecter was scheduled to hear oral arguments in Manhattan state Supreme Court on Tuesday. She will issue a ruling later.