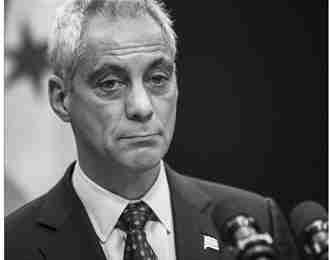 CHICAGO (AP) – The Chicago Police Department says all patrol officers are now equipped with body cameras. Mayor Rahm Emanuel and police Superintendent Eddie Johnson said Sunday the city reached its goal to provide the cameras to more than 7,000 officers one year earlier than originally planned. They say it’s the largest deployment of the technology in the U.S.

Emanuel says the cameras are “an essential tool” in the city’s efforts to rebuild trust between police and the community. He says they improve transparency and help in investigations and resolving disputes. The U.S. Justice Department in January issued a scathing report on civil rights abuses by Chicago’s police over the years. An investigation began in 2015 after the release of dash cam video showing an officer shoot black teenager Laquan McDonald 16 times. 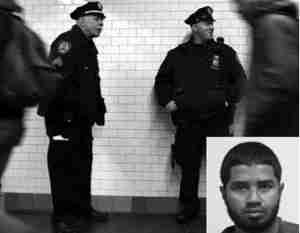 NEW YORK (AP) – The Bangladeshi immigrant arrested in a botched suicide bombing in the New York subway mocked President Donald Trump on Facebook on his way to carry out the attack, writing “Trump you failed to protect your nation,” authorities said Tuesday as they brought federal charges against him. Akayed Ullah, 27, was accused of detonating a pipe bomb strapped to his body in an underground passageway between Times Square — the city’s busiest subway station — and the bustling Port Authority Bus Terminal. The device did not fully detonate, and Ullah was the only one seriously hurt in the Monday morning attack. At the hospital where he was taken with burns on his hands and torso, he told officers, “I did it for the Islamic State,” according to the criminal complaint. Also, a search of his Brooklyn apartment turned up a passport in his name, scrawled with the words “O AMERICA, DIE IN YOUR RAGE,” authorities said. At a news conference, Acting U.S. Attorney Joon H. Kim said Ullah, “with a hate-filled heart and an evil purpose,” carried out the attack after researching how to build a bomb a year ago and planned his mission for several weeks, Kim said. The bomb was assembled in the past week using fragments of a metal pipe, a battery and a Christmas tree light bulb, along with metal screws as shrapnel, authorities said. They said it was strapped to his body with wires and zip ties. Kim said. Ullah was charged with providing material support to a terrorist group, use of a weapon of mass destruction and three bomb-related counts. He could get up to life in prison. According to the court papers, Ullah started to become radicalized in 2014 and began researching how to build a bomb after watching ISIS propaganda materials online, including a video urging supporters to carry out attacks in their home countries. Law enforcement officials said there was no evidence he had any direct contact with the militants. 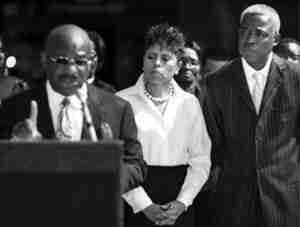 WASHINGTON (AP) – A lawsuit against a North Carolina city for allegedly discriminating against an African American-owned television network will go forward after the Supreme Court declined to get involved in the case. The Supreme Court’s announcement Monday that it would not get involved in the dispute leaves in place a ruling of the U.S. Court of Appeals for the 4th Circuit earlier this year that revived the lawsuit. A trial court had initially dismissed it.

Black Network Television claims the City of Greensboro rescinded a $300,000 economic development loan because of race. The city says race had nothing to do with it. Appeals court judges ruled 2-1 that the lawsuit had been improperly dismissed.

DETROIT (AP) – The son of Detroit’s first black mayor is running to replace longtime U.S. Rep. John Conyers. Democratic state Sen. Coleman Young II announced his bid Monday to replace the 88-year-old Conyers, who was facing sexual harassment allegations when he resigned from Congress last week. Conyers cited health reasons for his decision. Conyers has endorsed his son, John Conyers III, to succeed him in the Detroit-area congressional seat he’s held since 1964. The younger Conyers hasn’t said whether he’ll run. Young’s father, the late Coleman A. Young, was elected mayor in 1973 and served for 20 years. Other announced candidates to replace Conyers include his grand-nephew, Democratic state Sen. Ian Conyers, and attorney Michael Gilmore.

Republican Gov. Rick Snyder says a special election to fill Conyers’ seat will be held during regular primary and general elections in August and November.

Newsday reports the Harlem-born Beavers joined the segregated U.S. Army in 1941 and rose to the rank of sergeant. In 1944, he and 19 other black soldiers became part of a test platoon for airborne training. Beavers and 16 others passed, setting the foundation for what became the all-black 555th Parachute Infantry Battalion, known as the Triple Nickels.Beavers, who lived in Huntington Station on Long Island, was the last of the original 17. The 555th spent the last year of the war fighting forest fires set in the Pacific Northwest by Japanese balloon-transported bombs.

E.W. Jackson announced his campaign Monday on The John Fredericks Show radio program. The lawyer-turned-preacher ran unsuccessfully for lieutenant governor in 2013. He joins Corey Stewart, a former state campaign chairman of President Donald Trump, and Del. Nick Freitas, as announced candidates. Jackson on Monday previewed a possibly contentious fight with Stewart for the nomination, suggesting Stewart supports tax increases and may be sympathetic to the Muslim Brotherhood. Stewart said both claims were “ridiculous.”Jackson’s fiery rhetoric added a touch of drama to his 2013 race. He compared Planned Parenthood to the Ku Klux Klan and said former President Barack Obama may be an atheist or a Muslim. 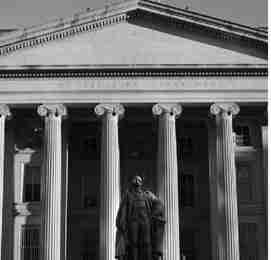 WASHINGTON – The federal government collected a record amount of tax income for the month of November and also had a record level of spending for the month, producing a budget deficit of $138.5 billion, up slightly from a year ago. The November deficit was 1.4 percent higher than a year ago, reflecting in part higher spending to deal with disaster relief and also higher spending by the Treasury Department on interest payments on the national debt, the Treasury Department reported Tuesday. For the first two months of this budget year, the budget deficit totals $201.8 billion, up 10.6 percent from the same period a year ago. The spending increases pushed total outlays in November to $346.9 billion, a record for the month, while receipts totaled $208.3 billion, also a record for November. The rise in revenues compared to a year ago was led by an $11 billion increase in individual income tax withholding and payroll taxes for Social Security, reflecting more people working as the unemployment rate has fallen to a 17-year low of 4.1 percent. The increase in outlays compared to November 2016 reflected an increase of $5 billion in spending by the Department of Homeland Security, primarily for hurricane disaster relief, and a $9 billion rise in interest payments on the debt, an increase that reflected higher inflation which boosted outlays by Treasury on its inflation-protected securities. The Congressional Budget Office in June projected that the budget deficit for this budget year, which began on Oct. 1, would total $563 billion but that forecast did not include lost revenue from the GOP tax cut package, which Republicans hope to get passed before Christmas. 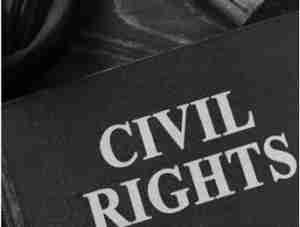 FAYETTEVILLE, Ark. (AP) – Roy Reed, who covered key events during the civil rights movement for The New York Times before returning to his native Arkansas to write and teach, has died. He was 87. Reed died Sunday night at Washington Regional Medical Center in Fayetteville, according to his wife, Norma Reed. He had a severe stroke on Saturday at his home in the nearby unincorporated community of Hogeye. After stints at the Joplin Globe in Missouri and the Arkansas Gazette, Reed reported on the civil rights movement during the 1960s for The Times. In 1965, he witnessed what became known as “Bloody Sunday,” when state troopers and others beat black marchers on the Edmund Pettus Bridge in Selma, Alabama.

In a 2015 interview with the Arkansas Democrat-Gazette, Reed called the event a pivotal moment for civil rights. “It sent a tidal wave of rage. I guess people in the North knew bad things were happening in the South, but this they couldn’t avoid. It was right there on their television set, and it was so brutal,” said Reed, who also worked in The Times’ White House bureau and at its bureaus in New Orleans and London. Reed left The Times in 1978 and returned to Arkansas, where he taught journalism at the University of Arkansas and wrote a biography of former Arkansas Gov. Orval Faubus, in addition to an autobiography and other published works. In addition to his wife, Reed is survived by a son, daughter and five grandchildren. Funeral services are pending.