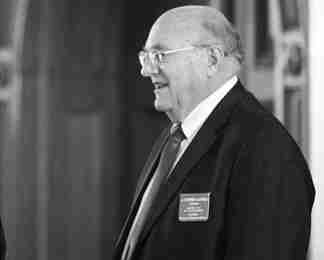 TOPEKA, Kan. (AP) – A white Kansas state lawmaker arguing against the legalization of any use of marijuana suggested that it and other drugs were originally outlawed in part because blacks were “basically users” and “responded worst” to the drugs because of their “character makeup – their genetics and that.” State Rep. Steve Alford, a 75-year-old Republican from Ulysses, in the west of the state, made the comments Saturday during a public meeting at a hospital in Garden City. The Garden City Telegram first reported on the statement Monday and posted a video of it to YouTube. Kansas is one of the few remaining states that haven’t legalized some form of medical marijuana, including low-THC marijuana derivatives that can’t get a user high. But the legalization question has been percolating in Kansas in recent years. At the meeting, Alford referenced a time in the 1930s when marijuana was prohibited. “What was the reason they did that?” he asked a crowd of about 60 people, none of whom were black. “One of the reasons why – I hate to say it – is the African Americans, they were basically users and they responded the worst off to those drugs. It’s because of their character makeup – their genetics and that. And so basically what we’re trying to do, is we’re trying to do a complete reverse of the people not remembering what’s happened in the past.” Asked about his remarks Monday by The Associated Press, Alford said: “I’m not going make any more remarks about that. To me, that’s neutral. Basically, I got called a racist, which I’m really not, and it’s just the way people – the interpretation of people. To me, I’m trying to look at what’s really the best for Kansas.” 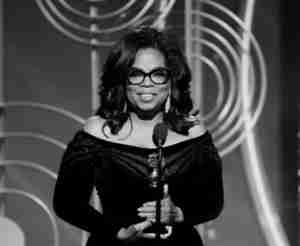 LOS ANGELES (AP) – Oprah Winfrey’s barnstormer of a speech at the Golden Globes highlighted the story of a black Alabama woman who was raped by six white men in 1944. Winfrey, in speaking of the victims of sexual assault whose voices might never be heard, told the audience that Recy Taylor was a name they should know. Taylor was 24 when she was abducted and raped as she walked home from church in Abbeville. The NAACP assigned Rosa Parks to investigate the case and she rallied for justice for Taylor. Two all-white, all-male grand juries decline to indict the men who admitted they assaulted her. She died in December, just before her 98th birthday. Winfrey says Recy Taylor “lived as we all have lived, too many years in a culture broken by brutally powerful men.” She added: “Their time is up.” 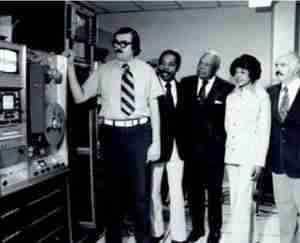 DETROIT (AP) – A Detroit interactive museum dedicated to the achievements of the nation’s first black-owned television station will hold its anniversary on Martin Luther King Jr. Day. The WGPRTV62 Historical Society says the Jan. 15 event at the William V. Banks Broadcast Museum & Media Center will include a black media history quiz and video clips of speeches by King, a civil rights icon. The museum is named after WGPR’s founder and is located in the Jefferson Avenue building where the station’s original television and radio studios operated.

WGPR-TV started broadcasting on Sept. 29, 1975 and remained on-air until it was sold in 1995 to CBS Inc. Banks also was president and general manager of radio station WGPR-FM, which became Detroit’s first black-owned radio station in 1964.

JACKSON, Miss. (AP) – Six black-owned funeral homes can proceed toward trial with their lawsuit alleging that a Mississippi Gulf Coast coroner discriminates in favor of white-owned competitors, a federal judge has ruled. U.S. District Judge Keith Starrett on Friday ruled mostly for the plaintiffs, although he dismissed some of the claims against Harrison County Coroner Gary Hargrove.

The plaintiffs told Starrett there’s plenty of evidence that Hargrove discriminated against them when directing who would get county-controlled business. “Defendants have all but completely excluded plaintiffs from receiving mortuary business in their control,” lawyer Steven Art wrote in November, urging Starrett to let the case go forward. “Plaintiffs repeatedly have observed the coroner exercise his authority based on race; the coroner has said that his decisions are influenced by race; and thousands of the coroner’s own files produced by the coroner himself and extensively analyzed by plaintiffs and their experts reveal racial discrimination.” Hargrove and a lawyer for Harrison County deny discrimination, saying they follow the wishes of the deceased and their families. They say black-owned funeral homes have limited refrigeration facilities, and that a pathologist whom Hargrove didn’t control had done all autopsies in the past at white-owned funeral homes. 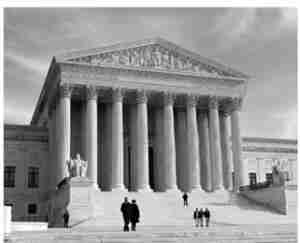 MINNEAPOLIS (AP) – The Minnesota Supreme Court could decide whether the state failed in its responsibility to educate poor and minority students. The closely-watched case is before the court on Tuesday and could result in the first Twin Cities school desegregation plan in two decades. The Star Tribune reports the case began in 2015 when seven Minneapolis and St. Paul families and a community group filed a lawsuit over the quality of education. A Hennepin County judge ruled in 2016 the parents had enough grounds to sue. But an appeals court later decided the courts cannot define the standards for a quality education. The plaintiffs then took their case to the Supreme Court. 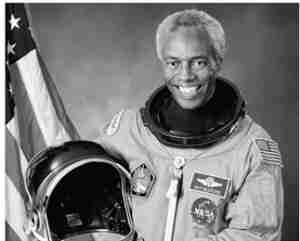 FIVE YEARS AGO: President Barack Obama unveiled the most sweeping proposals for curbing gun violence in two decades, pressing a reluctant Congress to pass universal background checks and bans on military-style assault weapons and high-capacity ammunition magazines like the ones used in the Newtown, Connecticut, school shooting. (Both proposals went down to defeat.)

IN 1865, Union Maj. Gen. William T. Sherman decreed that 400,000 acres of land in the South would be divided into 40-acre lots and given to former slaves. (The order, later revoked by President Andrew Johnson, is believed to have inspired the expression, “Forty acres and a mule.”)

IN 1920, Prohibition began in the United States as the 18th Amendment to the U.S. Constitution took effect, one year to the day after its ratification. (It was later repealed by the 21st Amendment.)

IN 1988, Jimmy “The Greek” Snyder was fired as a CBS Sports commentator, one day after telling a reporter for WRC-TV in Washington, D.C. that, during the era of slavery, blacks had been bred to produce stronger offspring. 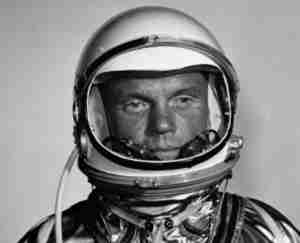 IN 1998, NASA announced that John Glenn, the first American to orbit the Earth, would fly aboard the space shuttle later in the year.

IN 2003, the space shuttle Columbia blasted off for what turned out to be its last flight; on board was Israel’s first astronaut, Ilan Ramon (ee-LAHN’ rah-MOHN’). (The mission ended in tragedy on Feb. 1, when the shuttle broke up during its return descent, killing all seven crew members.)

Next post Feeling SAD? 6 ways to boost your mood this winter