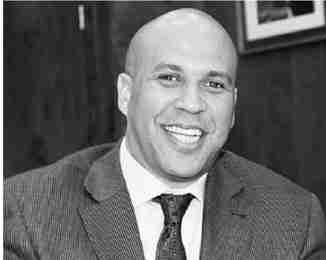 WASHINGTON (AP) — Republicans struggled to get their stories straight Tuesday as President Donald Trump’s Homeland Security secretary became the latest GOP official to offer an inconclusive version of a meeting in which Trump is said to have used vulgar remarks that have been criticized as racist. Democrats accused Republicans of selective amnesia, as Kirstjen Nielsen testified under oath that she “did not hear” Trump use a certain vulgarity to describe African countries. “It was a meeting of 12 people. There was cross-talk,” she explained at a congressional hearing, but she didn’t “dispute the president was using tough language.” Under persistent questioning, Nielsen said she didn’t recall the specific language used by Trump. “What I was struck with frankly, as I’m sure you were as well, was just the general profanity used in the room by almost everyone.” New Jersey Sen. Cory Booker, angrily criticized Nielsen’s comments, telling her during a Senate Judiciary Committee hearing, “Your silence and your amnesia is complicity.” Nielsen’s comments came five days after the president ignited what GOP Sen. Lindsey Graham termed an “s-storm” with his Oval Office remarks. The White House has not substantively disputed accounts of the episode, in which Trump is said to have used the term “shithole” to describe African countries of origin for potential immigrants to the U.S. The revelations, semi-denials and continuing comments have cast a pall over the White House’s legislative agenda, brought the country closer to the brink of a government shutdown and sparked international outrage. 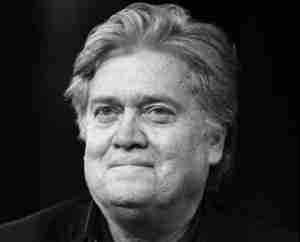 WASHINGTON (AP) — The House Intelligence Committee subpoenaed former White House chief strategist Steve Bannon on Tuesday in a showdown over whether he could be forced to testify in the panel’s Russia investigation. Bannon walked into a closed-door meeting with House members Tuesday morning and was still being grilled Tuesday evening. Lawmakers wanted answers from him about President Donald Trump’s thinking when he fired FBI Director James Comey. The committee’s Republican chairman, Rep. Devin Nunes of California, said he issued the subpoena, but he declined to discuss why or what questions he hoped to compel Bannon to answer. A person familiar with the subpoena said the committee issued the order after Bannon’s counsel advised him he did not have to answer lawmakers’ questions regarding his discussions with Trump. The person spoke on condition of anonymity to discuss private committee deliberations. 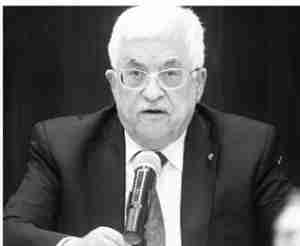 WASHINGTON (AP) — The Trump administration on Tuesday cut tens of millions of dollars in money for Palestinian refugees, demanding that the U.N. agency responsible for the programs undertake a “fundamental re-examination,” the State Department said. In a letter, the State Department notified the U.N. Relief and Works Agency that the U.S. is withholding $65 million of a planned $125 million funding installment. The letter also makes clear that additional U.S. donations will be contingent on major changes by UNRWA, which has been heavily criticized by Israel. “We would like to see some reforms be made,” said State Department spokeswoman Heather Nauert, adding that changes are needed to the way the agency operates and is funded.

“This is not aimed at punishing anyone.” The State Department said it was releasing the rest of the installment — $60 million — to prevent the agency from running out of cash by the end of the month and closing down. The U.S. is UNWRA’s largest donor, supplying nearly 30 percent of its budget. The agency focuses on providing health care, education and social services to Palestinians in the West Bank, Gaza Strip, Jordan, Syria and Lebanon. “Given the long, trusted, and historic relationship between the United States and UNRWA, this reduced contribution threatens one of the most successful and innovative human development endeavors in the Middle-East,” UNRWA chief Pierre Krähenbühl said in a statement.

WASHINGTON (AP) — Five officers involved in two Navy ship collisions last year that killed a total of 17 sailors are being charged with negligent homicide, the Navy said Tuesday. A Navy spokesman, Capt. Greg Hicks, said the charges, which also include dereliction of duty and endangering a ship, will be presented to what the military calls an Article 32 hearing to determine whether the accused are taken to trial in a court-martial. The disciplinary actions were decided by Adm. Frank Caldwell and are the latest in a series of moves the Navy has made in the aftermath of the deadly collisions, which nvestigators concluded were avoidable. It fired several top leaders, including the ommander of the 7th Fleet, Vice Adm. Joseph Aucoin, and several other senior commanders in the Pacific. The Navy has been reeling from tough questions arising from the two collisions. The destroyer USS Fitzgerald struck a commercial ship off the waters of Japan in June, killing seven U.S. sailors. The destroyer USS John S. McCain collided with an oil tanker in coastal waters off Singapore in August, killing 10 U.S. sailors. The Navy said it is filing at least three charges against four officers of the Fitzgerald, including the commanding officer, who was Cmdr. Bryce Benson at the time. Benson suffered a head injury in the collision and was airlifted to the U.S. Naval Hospital at Yokosuka, Japan. A Navy investigation found that Benson left the ship’s bridge before the collision. Also facing charges are two lieutenants and one lieutenant junior grade, whose names were not disclosed. The Navy said all four face criminal charges, including negligent homicide, dereliction of duty and endangering a ship. Fewer officers from the McCain are being charged. The Navy said the ship’s commander at the time, Cmdr. Alfredo J. Sanchez, is being charged with negligent homicide, dereliction of duty and endangering a ship. A chief petty officer, whose name was not disclosed, faces a charge of dereliction of duty. 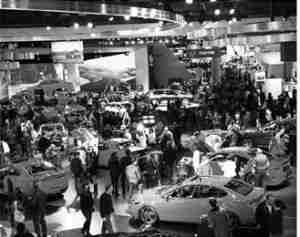 AUTONOMOUS CARS LOOM, BUT THE DETROIT AUTO SHOW GOES ON

DETROIT (AP) — The North American International Auto Show in Detroit opened to the press this week with one big question hanging in the air: How will autonomous vehicles change the industry? The answer is still unclear. In the meantime, automakers continue to put out new vehicles of all shapes and sizes, including small cars, SUVs and the all-mighty pickup truck, which dominated the show. All will be on display when the show opens to the public Saturday, with a charity preview on Friday night. Here are five things we learned from the preview this week.

Pickups are the most popular vehicles in the U.S., and trucks unveiled at the show make clear that will continue for a long time. General Motors spent heavily to update its top-selling Chevrolet Silverado pickup, cutting up to 450 pounds of weight by using more aluminum and lighter high-strength steel. The truck also gets two new V8 engines that can run on one to eight cylinders depending on how much power is needed. Fiat Chrysler’s Ram also got big updates, losing more than 200 pounds and giving it a gas-electric hybrid engine option. Both the Silverado and Ram were given more athletic stances and meaner looks. Ford added a diesel engine to its F150 and rolled out the midsize Ranger. Automakers turn big profits on large pickups. Sales rose nearly 6 percent last year to almost 2.4 million, even though total U.S. auto sales dropped 2 percent. Ford’s F-Series is the country’s top-selling vehicle, followed by the Silverado and Ram. 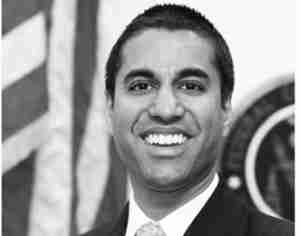 NEW YORK (AP) — The expected wave of litigation against the Federal Communications Commission’s repeal of net-neutrality rules has begun. A group of attorneys general for 21 states and the District of Columbia sued Tuesday to block the rules. So did Mozilla, the maker of the Firefox browser, public-interest group Free Press and New America’s Open Technology Institute.

Others may file suit as well, and a major tech-industry lobbying group has said it will support litigation. The rules barred companies like AT&T, Comcast and Verizon from interfering with internet traffic and favoring their own sites and apps. FCC Chairman Ajit Pai’s push to undo them inspired both street and online protests in defense of the Obama-era rules. New York Attorney General Eric Schneiderman, who is leading the suit, said Tuesday that the end of the net neutrality rules would hurt consumers and businesses. FCC spokesman Brian Hart declined to comment on the litigation. The lawsuits are part of a multi-pronged approach against the net-neutrality repeal. There are efforts by Democrats to undo the repeal in Congress. State lawmakers have also introduced bills to protect net neutrality in their own states. However, the FCC’s order bars state laws from contradicting the federal government’s approach. The FCC’s new rules are not expected to go into effect until later this spring. Apart from New York, the other attorneys general participating in the lawsuit are from California, Connecticut, Delaware, Hawaii, Illinois, Iowa, Kentucky, Maine, Maryland, Massachusetts, Minnesota, Mississippi, New Mexico, North Carolina, Oregon, Pennsylvania, Rhode Island, Vermont, Virginia, Washington and the District of Columbia. The New York attorney general says the FCC made “arbitrary and capricious” changes to existing policies and was unjustified in departing from the FCC’s long-standing policy of defending net neutrality.

NEW YORK (AP) — The Consumer Financial Protection Bureau has decided to reconsider a key set of rules enacted last year that would have protected consumers against harmful payday lenders. The bureau, which came under control of the Trump administration late last year, said in a statement Tuesday that it plans to take a second look at the payday lending rules. While the bureau did not submit a proposal to repeal the rules outright, the statement opens the door for the bureau to start the process of revising or even repealing the regulations. The bureau also said it would grant waivers to companies as the first sets of regulations going into effect later this year. “We have been worried that the CFPB could revisit these rules. We just didn’t expect it so soon,” said Lauren Saunders with the National Consumer Law Center. The cornerstone of the rules enacted last year would have been that lenders must determine, before giving a loan, whether a borrower can afford to repay it in full with interest within 30 days. The rules would have also capped the number of loans a person could take out in a certain period of time. If allowed to go into effect, the rule would have had a substantial negative impact on the payday lending industry, where annual interest rates on loans can exceed 300 percent.

Previous post New small cars unveiled at auto show but will anyone buy?