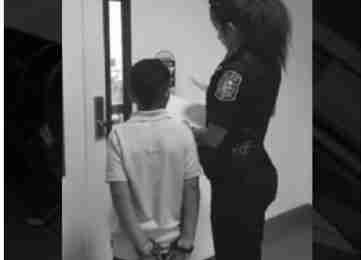 MIAMI (AP) – School district officials in Florida have adopted a new policy after a 7-year-old boy was placed in handcuffs and removed from his school for behavior problems. The Miami Herald reported Saturday that Miami-Dade County school system administrators must now exhaust all other options in handling a child with behavior issues before requesting police intervention. Schools police also must get approval of a higher-ranking officer before transporting a child for an involuntary psychiatric exam. The policy still allows handcuff use if a child is aggressively resisting an officer but provides more options not requiring them. Parents complained after the 7-year-old was handcuffed and taken for an exam last month following an altercation in which police said the boy hit the teacher repeatedly in the back, kicked her and grabbed her hair. 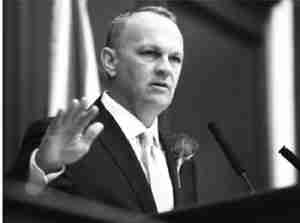 TALLAHASSEE, Fla. – With less than a month to work out substantial differences, the Republican-controlled Florida House and Senate on last Thursday passed dueling $87 billion budgets for the coming year. While the two chambers propose spending roughly the same, they are not spending the same in key areas, including on environmental programs, public schools and on state universities. House Speaker Richard Corcoran insisted that the gaps between the two chambers were the result of legitimate disagreements over spending as opposed to just initial offers for looming budget negotiations. “The House has consistently had a difference of opinion at this stage of the process with the Senate on what’s best for the people of the state of Florida,” Corcoran said. “And that will be our pre-eminent focus and we will get there.” The last few years have been bumpy as Florida Republicans have feuded over everything from Medicaid expansion allowed under the health care overhaul pushed by President Barack Obama to how much money should be set aside for business incentives favored by Gov. Rick Scott. Last year GOP leaders did not wrap up their work on a new budget until early June. One big sticking point that could derail budget negotiations: The House has made more than $8.33 billion for the state’s public schools contingent on the passage of a separate sweeping education bill. The legislation creates a new voucher program for bullied students and would allow struggling elementary students to get reimbursed for using private tutors. 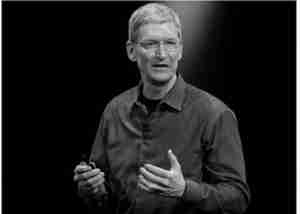 CUPERTINO, Calif. (AP) — Apple CEO Tim Cook is leaving shareholders in suspense about whether the iPhone maker will use its windfall from a tax cut on overseas profits for a big boost to its quarterly dividend. A stockholder attending Apple’s annual meeting Tuesday asked if Apple might double its quarterly dividend from the current 63 cents per share. After joking that his seat suddenly felt hot as he rose from a chair, Cook said Apple’s board intends to raise the dividend in April, but he didn’t provide specifics. Investors have been anticipating a substantial dividend increase since Apple announced plans to take advantage of a temporary tax break championed by the President Donald Trump to bring an estimated $245 billion in overseas cash back to the U.S.

WASHINGTON (AP) – The National Portrait Gallery has unveiled portraits of former President Barack Obama and former first lady Michelle Obama, both painted by African-American artists who were personally chosen by the Obamas. The portraits were unveiled to the public Monday at the gallery, which is part of the Smithsonian group of museums. The gallery has a complete collection of presidential portraits. A second and different set of portraits of the former first couple will eventually hang in the White House. Barack Obama’s portrait was painted by Kehinde Wiley – an artist best known for his vibrant, large-scale paintings of African-Americans. For Michelle Obama’s portrait, the gallery commissioned Baltimore-based artist Amy Sherald, firstprize winner of the Portrait Gallery’s 2016 Outwin Boochever Portrait Competition.

JERUSALEM (AP) — Israeli police on Tuesday recommended that Benjamin Netanyahu be indicted on bribery and breach of trust charges in a pair of corruption cases, dealing an embarrassing blow to the embattled prime minister that is likely to fuel calls for him to step down.

Netanyahu angrily rejected the accusations, which included accepting nearly $300,000 in gifts from a pair of billionaires. He accused police of being on a witch hunt, vowed to remain in office and even seek re-election. “I will continue to lead the state of Israel responsibly and loyally as long as you, the citizens of Israel choose me to lead you,” an ashen-faced Netanyahu said in a televised address. “I am sure that the truth will come to light. And I am sure that also in the next election that will take place on time I will win your trust again with God’s help.” The recommendations marked a dramatic ending to a months-long investigation into allegations that Netanyahu accepted gifts from Hollywood mogul Arnon Milchan and Australian billionaire James Packer, and suspicions that Netanyahu offered to give preferential treatment to a newspaper publisher in exchange for favorable coverage. The recommendations now go to Attorney General Avihai Mendelblit, who will review the material before deciding whether to file charges. Netanyahu can remain in office during that process, which could drag on for months.

LONDON (AP) — A judge upheld a British arrest warrant for Julian Assange on Tuesday, saying the WikiLeaks founder should have the courage to come to court and face justice after more than five years inside Ecuador’s London embassy. Judge Emma Arbuthnot rejected arguments by Assange’s lawyers that it is no longer in the public interest to arrest him for jumping bail in 2012 and seeking shelter in the embassy to avoid extradition to Sweden. Prosecutors there were investigating allegations of sexual assault and rape made by two women, which Assange has denied. Arbuthnot did not mince words in her ruling at London’s Westminster Magistrates’ Court, saying that by jumping bail Assange had made “a determined attempt to avoid the order of the court.”She said Assange appeared to be “a man who wants to impose his terms on the course of justice.” “He appears to consider himself above the normal rules of law and wants justice only if it goes in his favor,” the judge said, drawing exclamations of dismay from Assange supporters in the public gallery. Assange can seek to appeal, though his lawyers did not immediately say whether he would. Swedish prosecutors dropped their investigation last year, saying there was no prospect of bringing Assange to Sweden in the foreseeable future. But the British warrant for violating bail conditions still stands, and Assange faces arrest if he leaves the embassy. Assange’s lawyers had asked for the U.K warrant to be withdrawn since Sweden no longer wants him extradited, but the judge rejected their request last week. Assange’s attorney had gone on to argue that arresting him is no longer proportionate or in the public interest. Lawyer Mark Summers argued the Australian was justified in seeking refuge in the embassy because he has a legitimate fear that U.S. authorities want to arrest him for WikiLeaks’ publication of secret documents. “I do not find that Mr. Assange’s fears were reasonable,” the judge said.

WASHINGTON (AP) — The White House says the security clearance review for a former top staffer was still ongoing when he resigned last week, despite a completed FBI background check. FBI Director Christopher Wray revealed Tuesday that the FBI had closed its investigation of White House staff secretary Rob Porter in January. But press secretary Sarah Sanders says the White House’s assertion that Porter’s clearance was still under review with an interim clearance is accurate — because Porter hadn’t received a final sign-off from the White House office of personnel security. “We find those statements to be consistent with one another,” Sanders says. Porter resigned last week amid domestic violence accusations from his ex-wives. Wray also revealed that White House officials were provided with Porter’s background check findings last year. FBI Director Christopher Wray is providing new details that call into question the White House timeline leading up to the departure of former staff secretary Rob Porter. Wray tells senators that the FBI administratively closed its file on Porter, who was operating under a temporary security clearance, in January, a month before Porter departed amid domestic abuse allegations. Wray says the FBI provided information to the White House on Porter in November, “then earlier this month we received some additional information and we passed that on as well.” Wray is declining to elaborate on what information was passed on to the White House. The White House has repeatedly said that Porter’s “background investigation was ongoing” when he resigned his position, and that the first the White House learned of the allegations against him was last Tuesday.

JOHANNESBURG (AP) — South Africa’s ruling party on Tuesday disowned President Jacob Zuma after sticking with him through years of scandals, ordering him to resign in an attempt to resolve a leadership crisis that has disrupted government business in one of Africa’s biggest economies. The announcement by the African National Congress did not immediately end the protracted turmoil in a party that was the main movement against white minority rule and has led South Africa since apartheid ended in 1994. If the politically isolated president defies the party’s order, the matter could go to parliament for a motion of no confidence that would further embarrass the party once led by Nelson Mandela. Ace Magashule, the ANC’s secretary-general, said he expected Zuma to reply to the directive on Wednesday. Another senior party official suggested that Zuma would be unwise to flout the edict of the party, which is eager to recover from internal disarray ahead of 2019 elections