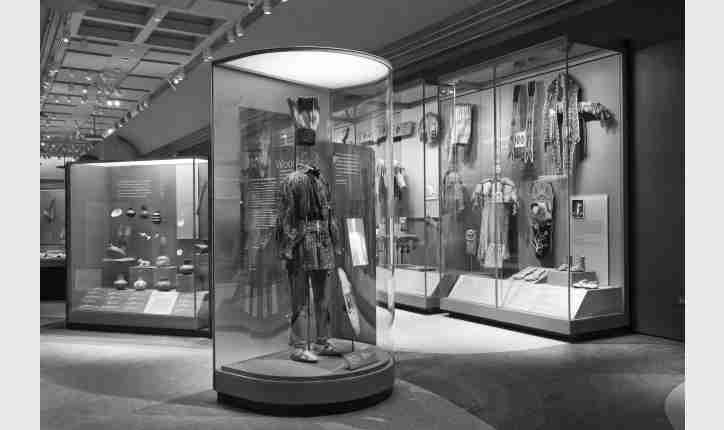 FLAGSTAFF, Ariz. (AP) – Bold. Visionary. A spectacular success. The words in an online promotion for a new museum exhibit in Washington, D.C., describe an 1830 U.S. law that forced thousands of American Indians from their lands in the South to areas west of the Mississippi River. Provocative, yes, says the co-curator of the exhibit “Americans” that opened last month at the National Museum of the American Indian. Bold and visionary in imagining a country free of American Indians. A spectacular success in greatly expanding wealth from cotton fields where millions of Blacks worked as slaves. The exhibit that runs through 2022 has opened to good reviews and pushes the national debate over American Indian imagery, including men in headdresses with bows, arrows and tomahawks – and sports teams named the Chiefs, Braves and Blackhawks. The NFL’s Washington Redskins logo on one wall prompts visitors to think about why it’s described both as a unifying force in D.C. and offensive. The exhibit falls short, some say, with an accompanying website and its characterization of the Indian Removal Act. The online text is a perplexing way to characterize an effort that spanned multiple presidencies and at one point, consumed one-fifth of the federal budget, said Ben Barnes, second chief of the Shawnee Tribe. The law led to the deaths of thousands of people who were marched from their homes without full compensation for the value of the land they left behind. And it affected far more tribes than the five-highlighted online, he said. “It made it seem like it was a trivial matter that turned out best for everyone,” he said. “I cannot imagine an exhibit at the newly established African-American museum that talked about how economically wonderful slavery was for the South.” 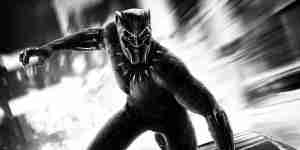 NEW YORK (AP) – When Hollywood crafts a must-see theatrical event, it has increasingly been propelled by the power of inclusivity. Just as Jordan Peele’s Oscar-nominated “Get Out” and Patty Jenkins “Wonder Woman” did before it, “Black Panther” captured the zeitgeist by the potent combination of top-notch filmmaking, studio backing and an audience hungry to see itself represented on the big screen in a way it seldom has before. At the box office, inclusion is paying off – and often, it’s paying big time. “Black Panther” debuted with $361 million in worldwide ticket sales, setting it up for a theatrical run that should easily eclipse $1 billion. Just months after Jenkins helmed the biggest box-office hit directed by a woman, Ryan Coogler will set a new mark for films directed by an African-American. 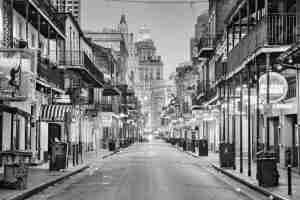 NEW ORLEANS (AP) – The many cultures that made New Orleans one of the nation’s most diverse cities are the focus of an upcoming exhibit at The Historic New Orleans Collection to mark the city’s tricentennial. Native Americans had used the area for a long time before the French founded “La Nouvelle-Orleans” in 1718. A majority of the earliest non-indigenous inhabitants, including French and Canadian soldiers, French convicts and enslaved Africans, didn’t want to be there, said historian and exhibit curator Erin Greenwald. “This exhibition will offer visitors an opportunity to reflect on the complicated and often messy nature of New Orleans’s birth and early years,” she said in a news release. The museum is using its own collection and rare materials from institutions across Europe and North America in a display titled “New Orleans, the Founding Era.” The exhibit opens Feb. 27. It is also publishing a catalog in French and English for the exhibit, which runs through May 27. The catalog will feature essays about the different peoples in precolonial New Orleans and the surrounding areas, as well as the forces driving the settlement’s growth. The exhibit will include a number of digital interactives: a map of archaeological digs at a variety of French Quarter sites, a quiz game about supplies needed for a new home in the settlement, a 1731 inventory of enslaved Africans and African-descended people living on a West Bank plantation and short films featuring narrated recordings of the writings of early New Orleanians.

NEW YORK (AP) – When the U.S. government approved Ricardo Magpantay, his wife and young children to immigrate to America from the Philippines, it was 1991. By the time a visa was available, it was 2005, and his children could not come with him because they were now adults. More than a decade later, his children are still waiting. Magpantay gets worried when he hears the White House is aiming to limit the relatives that immigrants-turned-citizens can sponsor, a profound change to a fundamental piece of the American immigration system. “It is really frustrating and it is very dreadful for me, because after a long wait, if this will be passed, what will happen for them?” said Magpantay, a 68-year-old mechanical engineer in the Southern California city of Murrieta. “I won’t be able to bring them forever.” For the past 50-plus years, family reunification has been central to U.S. immigration law. Those who become naturalized citizens can bring spouses and minor children and petition for parents, adult children and siblings to get their own green cards and become Americans in their own right, with their own ability to sponsor. Many on opposing sides of the immigration debate have long felt the family reunification system needs reform. Immigration advocates want a reassessment of the quotas on how many people can come from a given country in a given year, which has created decades-long backlogs for citizens of some countries. Self-described “restrictionists,” including President Donald Trump, want a narrower, nuclear definition of family, making spouses and minor children the only relatives a citizen could sponsor. That’s a central plank of the sweeping immigration overhaul Trump has proposed, a move that activists say could cut legal immigration in the U.S. by half. 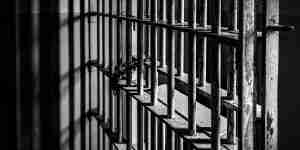 UTAH MINORITIES SENTENCED TO PRISON IN 2017, UP 33 PERCENT

OGDEN, Utah (AP) – Recent data show the percentage of minorities sentenced to U.S. prison in Utah has increased more than 40 percent – up from 33 percent in 2015 when the state passed a sweeping overhaul of the justice system. The director of the state sentencing commission said the data suggest biases are creeping into arrests, prosecutions and sentencing. “In general, this is a really tough problem, and it’s always been a problem in the criminal justice system in America,” said Marshall Thompson, commission director. Utah Sentencing Commission data shows 43.2 percent of people receiving new prison sentences in fiscal year 2017 were racial or ethnic minorities. The 2016 U.S. Census data says minorities make up 20.7 percent of the Utah population, including 13.5 percent Hispanic and 1.6 percent African-American. The Justice Reinvestment Initiative passed by the 2015 Legislature reworked the state’s system of sentencing, incarceration, probation and parole in a sweeping attempt to reduce state prison populations and rehabilitate more offenders to cut down on repeat crime. The Justice Reinvestment Initiative changes also were intended to “make sentences more consistent across the board for everybody” and stamp out any racial disparities inherent in the system, Thompson said. “What is happening, though, is we have this persistent disparity,” he said. “There are ambiguities and nooks and crannies throughout the system where implicit bias sneaks in. There’s nothing overtly racist, but we all have persistent biases we’re not even aware of.” 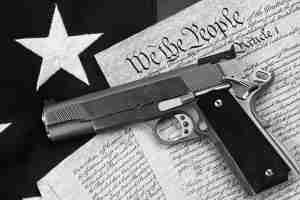 PARKLAND, Fla. (AP) – Students who survived the Florida school shooting began a journey Tuesday to the state Capitol to urge lawmakers to prevent another massacre, but within hours the gun-friendly Legislature had effectively halted any possibility of banning assault rifles like the one used in the attack. The legislative action further energized the teens as they prepared to confront legislators who have quashed gun-control efforts for decades in a state where 1.3 million people have concealed carry permits. “They’re voting to have shootings continually happen.

These people who voted down the bill haven’t experienced what we did. I want to say to them, ‘It could be you,’” 16-year-old Noah Kaufman said as he made the 400-mile trip to Tallahassee. Three buses carried 100 students who, in the aftermath of the attack that killed 17 people, want to revive the gun-control movement. The teens carried sleeping bags and pillows and hugged their parents as they departed, many wearing burgundy T-shirts in their school colors. They spent the seven-hour ride checking their phones, watching videos and reading comments on social media about the shooting, some of which accused them of being liberal pawns. Meanwhile at the Statehouse, a Democratic representative asked for a procedural move that would have allowed the Republican-controlled House to consider a ban on large-capacity magazines and assault rifles such as the AR-15 that was wielded by the suspect, Nickolas Cruz. The bill had been assigned to three committees but was not scheduled for a hearing. The House quickly nixed the Democratic motion. The vote broke down along party lines, and Republicans criticized Democrats for forcing the vote. Because the committees will not meet again before the legislative session ends March 9, the move essentially extinguishes hope that lawmakers would vote on any sweeping measures to restrict assault rifles, although other proposals could still be considered. 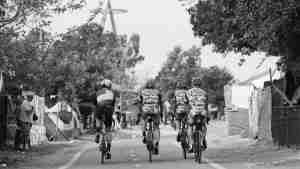 CAMP ANAHEIM, Calif. (AP) – Southern California authorities took steps Tuesday toward shutting down a large homeless encampment and relocating hundreds of tent-dwellers to motel rooms under a court-supervised deal with lawyers who sued to protect their rights. Scores of people hauling suitcases and pet dogs lined up in the encampment Santa Ana River to speak with county workers tasked with placing the homeless in motel rooms for up to 30 days as sheriff’s deputies begin clearing the trash-strewn site. County officials said the challenge was ensuring they were reaching some 600 homeless tent-dwellers who had been living on the two-mile (3.2 kilometer) long stretch of the riverbed bike trail since last summer, and not others heading to the encampment solely to seek a motel voucher. “It makes it very difficult for us to help everybody,” said Frank Kim, the county’s chief executive officer, adding that he saw people arrive with sleeping bags at the encampment over the weekend.