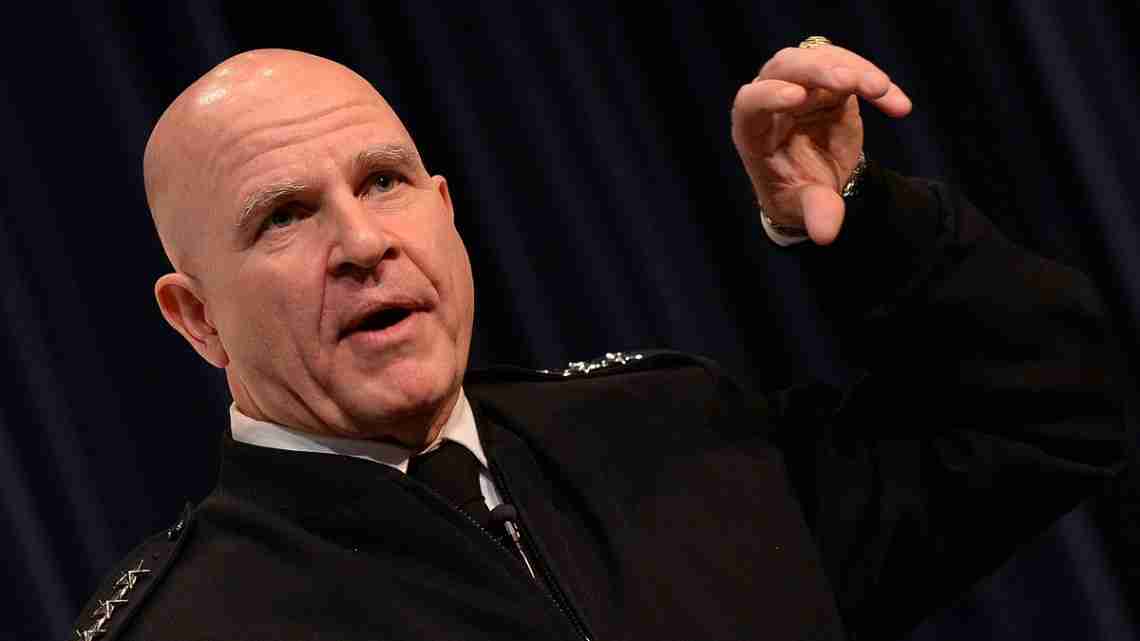 WASHINGTON (AP) – The White House on Tuesday defended President Donald Trump’s disclosure of classified information to senior Russian officials as “wholly appropriate,” as officials tried to beat back criticism from fellow Republicans and concerns from international allies. One day after officials declared that reports about Trump’s discussions with the Russians were false, National Security Adviser H.R. McMaster said the president had been engaging in “routine sharing of information” with foreign leaders.

Trump himself claimed the authority to share “facts pertaining to terrorism” and airline safety with Russia, saying in a pair of tweets he has “an absolute right” as president to do so.

Trump’s tweets did not say whether he revealed classified information about the Islamic State, as published reports have said and as a U.S. official told The Associated Press. The official said the information Trump divulged came from a U.S. intelligence partner.

The revelations sent a White House accustomed to chaos reeling anew and drew rare serious criticism of the president from some Republicans. His action raised fresh questions about his handling of classified information and his dealings with Russia, which is widely considered an adversary by many U.S. officials and Western allies.

A senior U.S. official told AP that Trump shared details about an Islamic State terror threat related to the use of laptop computers on aircraft with Russian Foreign Minister Sergey Lavrov and Ambassador to the U.S. Sergey Kislyak. The classified information had been shared with the president by an ally, violating the confidentiality of an intelligence-sharing agreement with that country, the official said.

US HITS SYRIA WITH NEW SANCTIONS

WASHINGTON (AP) – The Trump administration has hit a new group of Syrian people and companies with sanctions over human rights abuses. Among those named are cousins of President Bashar Assad. The Treasury Department announced Tuesday it has frozen any assets that five Syrian people and five Syrian companies may have in U.S. jurisdictions and has barred Americans from conducting any financial transactions with them. Treasury said in a statement the sanctions were due to Syria’s “relentless attacks on civilians.”

WASHINGTON (AP) – President Donald Trump’s national security adviser on Tuesday sidestepped questions about whether Jerusalem’s Western Wall is part of Israel ahead of Trump’s planned visit to the Old City. H.R. McMaster said Trump will say a prayer next week at the Western Wall, which is revered as the holiest site where Jews can pray. Asked if Trump thinks the wall is part of Israel, he replied only: “That sounds like a policy decision.”

The status of sovereignty over the wall became a political issue between the U.S. and Israel earlier this week. According to reports in Israel, Prime Minister Benjamin Netanyahu asked to join Trump at the wall but the U.S. declined, with one official telling the Israelis that the site is “not your territory.” Israel angrily demanded an explanation from the White House, casting a cloud over the highly anticipated visit by the new president.

Israel captured the Old City, along with the rest of east Jerusalem, in the 1967 Mideast war. It considers the entire city to be its eternal capital and next week will celebrate the 50-year anniversary of what it calls the unification of Jerusalem.

CORNYN SAYS HE WILL STAY IN SENATE, WON’T BE FBI DIRECTOR

WASHINGTON (AP) – Texas Sen. John Cornyn has told the Trump administration he isn’t interested in serving as FBI director, the second member of Congress to take himself out of the running this week. Cornyn, a former Texas attorney general and judge on the state supreme court, was interviewed for the position after President Donald Trump abruptly fired James Comey last week. Trump himself called and urged Cornyn to take the job, but the senator said in a statement Tuesday that he would rather remain in the Senate.

“Now more than ever the country needs a well-credentialed, independent FBI director,” Cornyn said. “I’ve informed the administration that I’m committed to helping them find such an individual, and that the best way I can serve is continuing to fight for a conservative agenda in the U.S. Senate.”

WASHINGTON (AP)- A longtime friend of Judge Merrick Garland tells The Associated Press that Garland is happy in his job and has no interest in leaving the judiciary to head the FBI.

WASHINGTON (AP) – Pvt. Chelsea Manning, the soldier convicted in 2013 of illegally disclosing classified government information, will remain on active duty in a special status after her scheduled release from prison Wednesday, the Army said Tuesday. …

ATLANTA (AP) – National Democrats are taking the first, modest steps toward their promised 50-state strategy, lending help to state and local parties as they try to harness opposition to President Donald Trump and the Republican monopoly in Washington. …

Next post Officer who refused to shoot black man merits praise, not dismissal