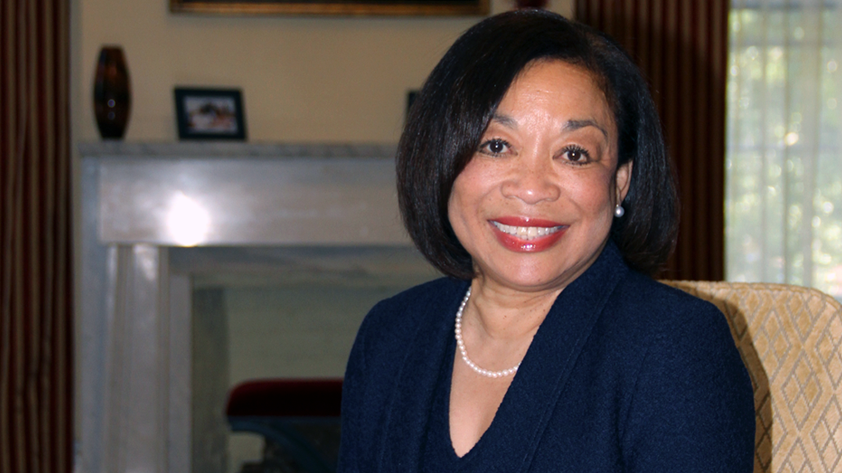 TUSKEGEE, Ala. (AP) – Historically black Tuskegee University has named the first female president on a permanent basis in its 136-year history. The school located in east Alabama announced Tuesday that trustees have picked Lily D. McNair for the position. She becomes the eighth president of an institution founded in 1881 under the leadership of Booker T. Washington. McNair is the provost and senior vice president for academic affairs at Wagner College on New York’s Staten Island. She’s a clinical psychologist by training with a doctorate from the State University of New York at Stony Brook. She starts at Tuskegee on July 1. Charlotte Morris has served as Tuskegee’s president on an interim basis since Brian Johnson’s removal last year, but McNair is the first woman to hold the job on a permanent basis.

GROUP: REMOVE STATUE OF DOCTOR WHO EXPERIMENTED ON SLAVES

MONTGOMERY, Ala. (AP) – A group is calling for the removal of a statue on the grounds of the Alabama Capitol honoring a 19th century doctor who experimented on slaves. State Sen. Hank Sanders and other members of the group Save Ourselves Movement for Justice and Democracy held a Wednesday press conference calling for the removal of the statue of Dr. J. Marion Sims. The statue honors Sims as the “father of modern gynecology. Sims in his research did experimental surgery without anesthesia on enslaved African-American women. A local activist was arrested last month on criminal trespassing charges after performing a skit in front of the statue on Confederate Memorial Day. New York City officials last month relocated a statue of Sims from Central Park to the cemetery where Sims is buried.

LONDON (AP) – Kensington Palace says the head of the Episcopal Church, the Most Rev. Michael Bruce Curry, will speak at the wedding of Prince Harry and American actress Meghan Markle. Curry will give the address – a sermon – at the May 19 event in Windsor. He will join the dean of Windsor, the Rt. Rev. David Conner, and the Archbishop of Canterbury Justin Welby, who will officiate at the service. Welby has baptized Markle ahead of her marriage to Harry, the grandson of Queen Elizabeth II, who is the supreme governor of the Church of England. Curry is the first African-American to have served as presiding bishop of the Episcopal Church, an offshoot of the Church of England in the United States. It is part of the world the North Carolina diocese before being in 2015.

U. OF FLORIDA PUTS AGGRESSIVE GRADUATION USHER ON LEAVE

GAINESVILLE, Fla. (AP) – The University of Florida has placed a lecturer who shoved and grabbed students during a graduation ceremony on paid administrative leave. School spokeswoman Margot Winick said Tuesday that the marshal, whom she refused to identify, is a lecturer in the chemistry department. The Gainesville Sun reports that the marshal rushed about 30 graduating students through the commencement line, and pushed and shoved others. When some students who are members of historically black fraternities and sororities began performing choreographed movements representing each of their organizations, the marshal grabbed them aggressively and shoved them. University President W. Kent Fuchs said in a statement that the school “failed” to create a commencement atmosphere where all students could celebrate equally. Winick says the school is investigating the marshal’s actions and its commencement policy.

SOUTHFIELD, Mich. (AP) – The Dr. Martin Luther King Jr. Task Force in Southfield is sending about 40 middle and high school students to civil rights sites. The 2018 Freedom Ride in August will make stops at historical sites in Tennessee, Georgia, North Carolina and Washington, D.C. Corporate and individual donations are being sought to offset the cost to students. The Freedom Ride is open to students with grade point averages of 2.0 or higher. Participants complete an application, provide a letter of recommendation and write a 100word essay on “What freedom means to me and why I should be selected to participate in the `Freedom Ride.”’ The suburban Detroit task force is a volunteer, grassroots civic organization focused on communicating the importance of celebrating the King holiday with the local community.

WASHINGTON (AP) – Two leaders of a national campaign seeking to draw awareness to poverty and racism have been arrested during a protest in the nation’s capital. The Poor People’s Campaign: A National Call for Moral Revival said in a statement Monday that the Rev. William Barber and the Rev. Liz Theoharis, its two co-chairmen, were arrested outside the U.S. Capitol. It says the two were among protesters arrested after standing in the middle of a street. Police had no immediate confirmation of arrests. Barber is a North Carolina minister and former president of the state NAACP chapter. Theoharis is co-director of the Kairos Center for Religions, Rights, and Social Justice in New York. The campaign scheduled nonviolent protests around the country Monday, with nearly 90 people arrested in a demonstration in Missouri’s capital.

Next post The secret of their success? Finding a unique niche, antique barber chairs