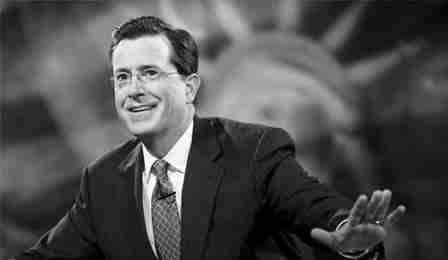 FCC: NO PUNISHMENT FOR LATE-NIGHT HOST OVER COLBERT’S TRUMP JOKE

NEW YORK – There will be no fine for Stephen Colbert’s risque joke about President Donald Trump. A Federal Communications Commission spokesman said Tuesday that the agency received “thousands” of complaints about the late-night host’s May 1 show, so it reviewed the material as “standard operating procedure.” It’s the FCC’s job to police obscene or indecent material on TV when it receives complaints. The agency found that the joke, which involved Trump, Russian leader Vladimir Putin and a crude word for penis, did not warrant punishment. 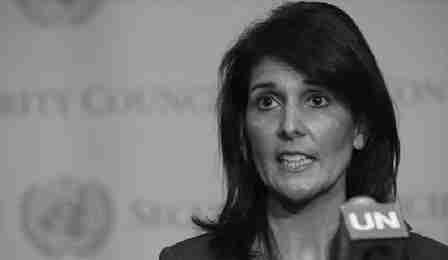 PHOTO COURTESY OF THE FINANCIAL EXPRESS

ANKARA, Turkey (AP) – President Donald Trump’s U.N. ambassador visited a UNICEF center providing emotional support for Syrian refugee children and asked how the U.S. could better care for their needs. Then her boss proposed ending all U.S. funding to the organization.

Trump’s 31 percent budget cut to the State Department and U.S. overseas assistance would dramatically reverse decades of support for programs that Democrats and Republicans held up as vehicles for promoting U.S. values and helping the world’s neediest. 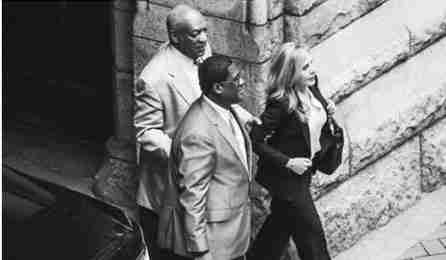 PITTSBURGH (AP) – The jury that will hear Bill Cosby’s sexual assault case was filling up quickly Tuesday as lawyers and prosecutors worked to select panelists who they believe would be favorable to their side. A black woman who said she knows only “basic information” about the case and a young white man who initially expressed a tendency to believe police were the latest to be added to the panel. The man said he could put that bias aside if instructed to do so, leading defense lawyers to accept him on the panel. The jury so far consists of six men and four women – all but one of them white – in a case that Cosby says may have racial undertones.

JACKSON, Miss. (AP) – Mississippi is denying good schools to African American students in violation of the federal law that enabled the state to rejoin the union after the Civil War, a legal group alleged Tuesday.

The Southern Poverty Law Center wants a federal judge to force state leaders to comply with the 1870 law, which says Mississippi must never deprive any citizen of the “school rights and privileges” described in the state’s first post-Civil War constitution.

That law still obligates Mississippi to provide a “uniform system of free public schools” for all children, but the state has instead watered down education protections in a white supremacist effort to prevent the education of blacks, the group said. 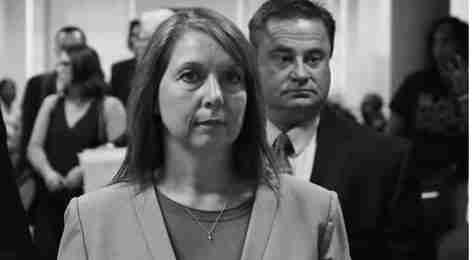 TULSA, Okla. (AP) – A white Oklahoma police officer who was acquitted of manslaughter after fatally shooting an unarmed black man is back on the force working “a desk job,” her attorney said Tuesday.

City spokeswoman Michelle Brooks said Tuesday that Shelby will receive more than $35,000 in back pay, minus taxes and other deductions. Shelby had been on unpaid leave since being charged Sept. 22 in the death of 40-year-old Terence Crutcher six days earlier.

WASHINGTON (AP) – President Donald Trump’s proposal to slash food stamps by a third will be a hard sell in Congress, even as Republicans have tried repeatedly to scale back the program’s $70 billion annual cost.

Democrats will oppose any changes to the program, which is designed as a temporary safety net for Americans who find themselves unable to adequately feed themselves or their families.

Many Republicans, too, have been wary to overhaul food stamps, even as participation has more than doubled. Trump’s proposal could have a disproportionate effect on Republican leaning states – seven of the 10 states with the highest food stamp participation supported Trump.

Republicans are still eyeing cuts to the program, but none as large as what Trump has proposed.