Why few women of color in wave of accusers? ‘Stakes higher’ 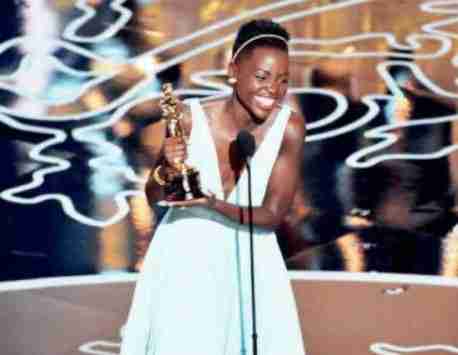 PHILADELPHIA (AP) – In the weeks since dozens of women have accused movie mogul Harvey Weinstein of rape or sexual harassment, unleashing an avalanche of similar charges against other prominent men across American life, women and men of color have been largely absent from the national furor.

But some observers fear minority women may miss the moment, as they often are more reticent to speak up about sexual harassment. “The stakes are higher in a lot of instances for us than they are for a lot of other women,” said Tarana Burke, a black activist who founded the #MeToo movement on Twitter in 2006 to raise awareness around sexual violence. “That creates a dynamic where you have women of color who have to think a little bit differently about what it means for them to come forward in cases of sexual harassment.”

A few high-profile minority actresses have come forward. New York authorities are investigating claims from actress Paz de la Huerta that Weinstein raped her twice in 2010; he has denied charges of non-consensual sex with any woman.

When Oscar-winning actress Lupita Nyong’o wrote in a New York Times op-ed last month that she had an unsettling encounter with the producer in 2011 at his home, Weinstein quickly denied doing anything inappropriate with Nyong’o, after days of silence following similar accusations by famous white accusers.

Author and activist Feminista Jones said that Weinstein’s denial of Nyong’o’s allegations sent the message to black women that they can’t be harassed, they can’t be assaulted.”

For black women, that is a message that dates back to slavery, when black women’s bodies were not their own and racist stereotypes were used to justify abuse, said Rutgers University historian Deborah Gray White.

“Historically, African American women have been perceived as promiscuous,” said White, author of the book, “Ar’n’t I a Woman?: Female Slaves in the Plantation South.”

“Black women’s bodies, from Day One, have been available to all men,” she said. As a result, White said, black women have had a hard time proving sexual exploitation. In response, many chose to remain silent as a form of self-preservation.

Women of Latin American descent also weigh economic and cultural issues when deciding whether to speak out about sexual abuse.

Women of Latin American descent have been stereotyped as being submissive and sexually available, according to Monica Russely Rodriguez, a Northwestern University ethnographer whose research includes sexuality, race and class in Latino communities. She said that undocumented immigrants in the United States would be even less likely to report an assault or harassment, fearing anything from job loss to blackmail or deportation.

“Even for white women, there’s not going to be any guarantee of an equitable resolution, so it’s a lot to expect women in a more highly vulnerable situation to be willing to speak out at the same rate,” Russel y Rodriguez said. “There’s no reason to expect that Latinas aren’t being sexually harassed or raped at the same degree or more.”

While most of the recent spate of sexual abuse allegations have been against white men, men of color have not been immune to such charges. Before the Weinstein scandal upended Hollywood, Bill Cosby’s name became synonymous with sexual abuse, as more than 50 women came forward and said the pioneering black actor once known as “America’s Dad” forced sexual contact with them over decades.

Last June, Cosby went to trial on charges that he drugged and molested a woman in 2004. The case ended in a mistrial and Cosby is expected to be retried next year.

Since the Weinstein scandal, a writer for The Root, a website geared toward the black audience, said both Jesse Jackson and John Singleton sexually harassed her. Jackson and Singleton declined comment when contacted by The Associated Press, as did the Root writer.

George Takei, best known for his role in the original “Star Trek,” was recently accused of groping a man decades earlier; he denied the allegations. Actor Terry Crews went public with a claim that a Hollywood agent groped him, and that agent was later fired.

And an actress, Demi Mann, filed a lawsuit Thursday in which she alleged agent Cameron Mitchell sexually assaulted her. Mitchell, who is black, was fired by Creative Arts Agency, LLC.; he called Mann’s claims false.

But compared to the dozens of well-known white men named and white women who have made allegations, people of color have not played a prominent role in this evolving scandal.

Nearly three decades ago, an African American attorney started the conversation on the topic. Anita Hill detailed allegations of sexual harassment by her former boss, then-Supreme Court nominee Clarence Thomas, during the 1991 congressional hearings held ahead of his confirmation. Thomas, also African American, framed the hearings as a “high-tech lynching” and went on to be confirmed to the high court.

Hill was treated as a pariah by some for coming forward, but she was hailed by others and has spent the decades since as an advocate for women’s equality.

Burke, whose online #MeToo campaign was resurrected by actress Alyssa Milano in the wake of the Weinstein charges, doesn’t want minority women to miss the moment. She is launching a series of webinars to help women understand sexual violence and is encouraging women of color around the world to speak out.

“At some point, we have to confront this as a community,” Burke said. “This is a great place for this to happen.”