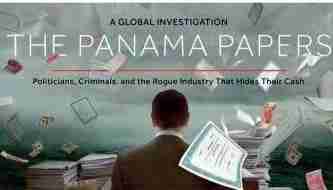 FRANKFURT, Germany – A group of investigative journalists on Monday published the names of thousands of offshore companies at the heart of a massive trove of data on the finances of the rich and powerful that has become known as the Panama Papers.

The International Consortium of Investigative Journalists made data on 200,000 entities available on its website Monday.

They contain basic corporate information about companies, trusts and foundations set up in 21 jurisdictions including Hong Kong and the U.S. state of Nevada. The data was obtained from Panamanian law firm Mossack Fonseca, which said it was hacked.

DETROIT – With many Americans rushing to buy trucks and SUVs, there are good deals to be had on cars, especially smaller models.

In April, supplies of small cars on dealer lots grew to the highest level in seven years. Automakers are resorting to discounts and sweetened lease deals to move the metal _ especially with models that haven’t been updated in a few years.

So far this year, about 54 percent of U.S. vehicle sales have been trucks and SUVs. Just two years ago, cars ruled the market at 51 percent.

The coin is expected to be released in 2018. It will be part of a set of three new coins aimed at promoting breast cancer awareness and help fund research to find a cure for the disease.

NEW YORK – Krispy Kreme is being taken private by JAB Beech for about $1.35 billion.

It adds a doughnut chain to the investment firm’s coffee holdings. JAB Beech owns Keurig Green Mountain, Peet’s Coffee & Tea and Caribou Coffee. JAB Holdings, which is predominantly owned by the Reimann family in Europe, also has stakes in Jacobs Douwe Egberts, the company behind Gevalia, Tassio and other brands.

The companies said Krispy Kreme will continue to be independently operated from its headquarters in Winston-Salem, North Carolina.

SAN JUAN, Puerto Rico (AP) – Treasury Secretary Jacob Lew traveled to Puerto Rico to get a first-hand look at the impact of the area’s $70 billion debt crisis. The Obama administration hopes to jump-start congressional efforts to aid the U.S. territory, and Lew’s one-day trip focused attention on how the 3.5 million residents of the island are struggling with the worsening financial situation. Puerto Ricans are U.S. citizens.

Lew said Puerto Rico’s problems are a human crisis as well as financial, such as infants and children unable to get medical care. Lew said he didn’t think there was a member of Congress who would find the conditions acceptable.