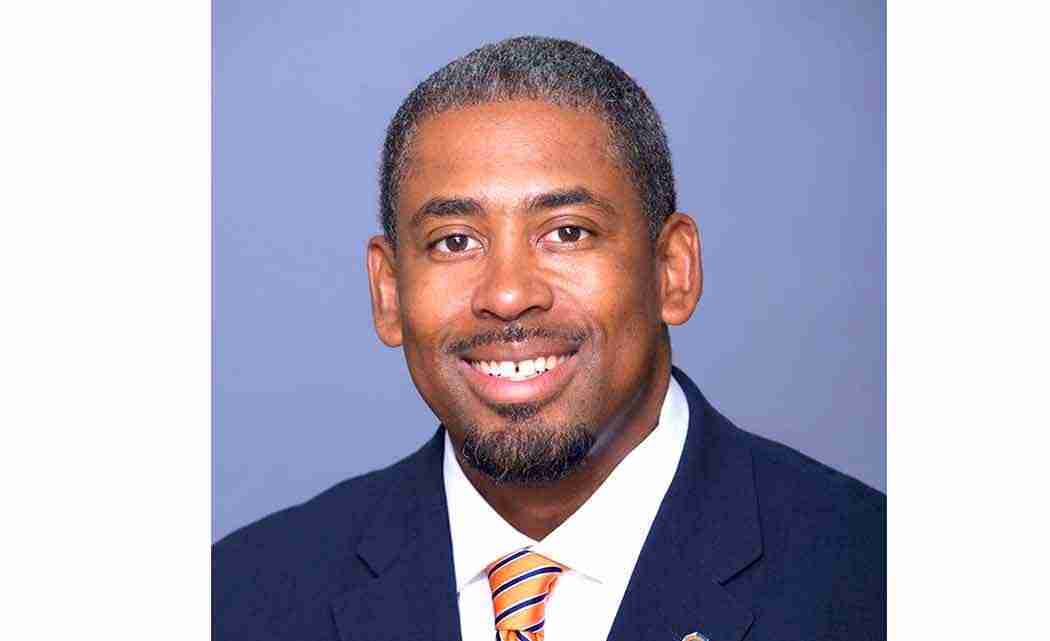 MIAMI GARDENS, Fla. — If it’s up to Florida Memorial University’s new vice president of university advancement, the Miami Gardens based HBCU will no longer be a “well kept secret,” its alumni participation rates will increase dramatically and first generation students will receive enough funding to complete their education. Marcus Burgess has joined the administration of South Florida’s only HBCU (Historically Black College and Universities) and brings with him a track record for fundraising that could be instrumental in the institution generating more donor revenue than ever.

Burgess said that after meeting the university’s president and hearing her plans for FMU, he wanted to be a part of her administration. “I met Dr. (Roslyn) Artis at a United Negro College Fund meeting and was impressed by this dynamic young leader with a bold vision for Florida Memorial,” he said. Additionally, the university’s rich history and its distinction of being “the home of Lift Ev’ry Voice and Sing,’ were factors in his decision to accept the position.

“Mr. Burgess brings a wealth of experience in higher education with a particular emphasis on alumni giving. Florida Memorial University is now positioned to enrich our university platform in corporate and alumni relations,” said Artis, the first woman to hold the FMU presidency.

Burgess’ passion for HBCUs began at home. He and both of his parents are graduates of Claflin University, the oldest HBCU in South Carolina; and his four brothers are also HBCU grads. “Working for an HBCU was a no-brainer,” he said.

“Think about how vital HBCUs have been to our country and to the world. The success stories are endless with HBCU graduates, who shouldered the weight of this country,” he shared. “Without HBCUs, many folks of color would not receive an education; a sound education, at that.”

He recognizes that he has his work cut out for him at FMU, which has experienced significant turn-over in its administration over the past several years. Although it should not be used as an excuse to not donate, he acknowledged that convincing FMU alumni that the administration is stable is key to bolstering its alumni giving.

“Having a stable leader, not only from the president’s office, but also in the institutional advancement office with the vice president, there’s been a lot of turnover in the last five or six years,” Burgess said. Frequent comments from FMU alumni include, “We want to see the stability. We want to make sure that the direction that the school is going in, it’s going to stay the course,” he said.

With FMU’s current alumni participation rate hovering around the three percent mark, Artis and Charles George, chairman of FMU’s Board of Trustees, clearly want Burgess to work the same magic that he did at his alma mater. At Claflin University, under his leadership, the alumni participation rate went from 27 to 45 percent before he left; making it the highest among HBCUs for seven years running. It currently stands at a very respectable 52 percent.

The strategy that resulted in his ability to facilitate Claflin’s alumni donating to the tune of $8 million was a well thought out approach that included an “increase in overall engagement of our alumni through face to face visits, phone calls,” penetrating cities like Atlanta, Washington, D.C. New York and other places with large alumni numbers.

The campaign’s success hinged on his belief that, “We have to reach our alumni in more ways than sending them a letter; engagement, face to face solicitation and cultivation” (are critical.) You don’t just walk up to someone and ask them to write a check if you haven’t built a relationship,” Burgess explained.

Calling alumni sometimes simply to say ‘thank you,’ is important, he said, because “We don’t want every time they hear from the institution, it’s asking for a gift.”

As it relates to Florida Memorial, Burgess wants South Floridians to be mindful that “We are a staple of the community. Nearly 50 percent of our students come from Miami-Dade, another 42 percent come from Broward.”

He wants the community to know how accessible he is. “Please put my telephone number in the paper (305-623-1443), because I really want people to reach out to me.”

Also, generating enough funding to help ensure that every student who desires a FMU education, gets one, is a priority.

“We have a lot of students who are first generation who really need the sound education that we are providing. Many of them come with nothing. A part of my vision is to ensure that for any student who wants an education, finances should not be a reason why they cannot obtain an education.”