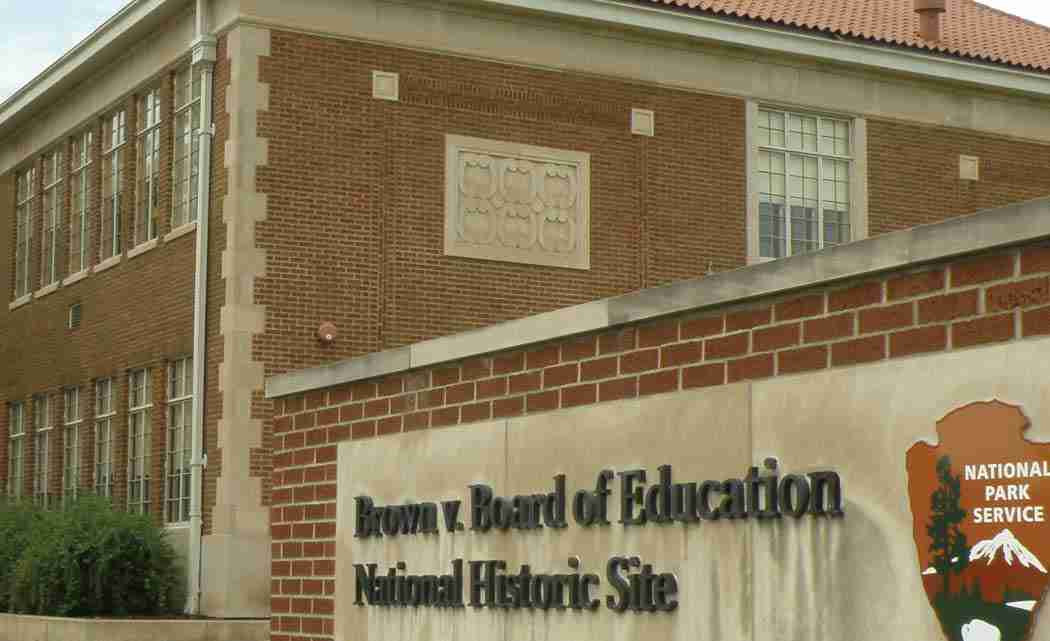 By JAN BILES
The Topeka Capital-Journal

TOPEKA, Kansas — Sherda Williams, the daughter of an engineer who worked for Firestone and other tire companies, lived in several states when she was growing up – Kentucky, Ohio, Missouri, California and Indiana. But she had stepped foot in only two national parks before she was hired by the National Park Service in 1992.

Williams was finishing a master’s degree in landscape architecture, with a specialization in historic landscape preservation, at Ball State University at the time the NPS was becoming more interested in that field, The Topeka Capital-Journal (http://bit.ly/1CpZW1J) reports.

“I felt like I was in the right place at the right time,” she said. “I got my master’s and the job offer on the same day. It was a nice nexus.”

Williams, a native of Berkeley, Calif., began her duties as the new superintendent of the Brown v. Board of Education National Historic Site on Jan. 20.

The site commemorates the 1954 Supreme Court decision that ended the concept of separate-but-equal school segregation in the United States.

She replaces David Smith, who left the position at the Brown v. Board site in September to become supervisor of the Joshua Tree National Park in California. Smith had served as superintendent of the Topeka site since July 2011.

Williams earned a bachelor’s degree in forest management in 1976 from Purdue University in Indiana. She worked as a land-management forester for International Paper Company in southern Arkansas for 10 years before entering Ball State University to earn a master’s degree.

Her first job with the National Park Service was at its Midwest regional office in Omaha, Neb., where she worked for 11 years as a historical landscape architect assisting parks in the region with planning and preservation projects.

“I decided I wanted to work in the field,” she said, explaining how the NPS selected her to be superintendent at the Nicodemus National Historic Site in northwest Kansas.

Williams, who started her job at the Nicodemus site in January 2004, had been part of the NPS team which earlier had developed its general management plan. The site’s mission is to preserve the history of Nicodemus, founded in 1877 as the first permanent black settlement in Kansas.

Williams said she was inspired by the story of Nicodemus and realized its continued importance after meeting a resident whose family members had been freed slaves.

“As a white person, I had considered (slavery) as being long ago and past history, but for him it’s immediate history,” she said. “I realized the history of slavery and how we treated people echo into lives today.”

In late 2008, Williams was named superintendent of the James A. Garfield National Historic Site and National First Ladies Library in Mentor, Ohio. She remained there until she was selected to fill the Topeka opening.

The Garfield site preserves eight acres of President Garfield’s family farm and home. Garfield, elected president in March 1881, was an abolitionist and advocated for civil rights for African-Americans. He was shot by an assassin on July 2, 1881, and died September 19, 1881, after serving 200 days as president.

“A lot of African-Americans at the time thought Garfield could ease them through the Reconstruction and help protect them when federal troops were pulled from the South,” she said.

Williams said she was interested in becoming superintendent of the Brown v. Board of Education site because she had “liked Kansas, its people and landscape” and was attracted to the site’s civil rights history.

“It’s history that, while growing up in Indiana, was entirely hidden from me as a white person. I have very vague memories of the civil rights movement.  It was not discussed in schools,” she said. “I was very curious and later very angry that I did not know the struggles that were going on, and it makes me wonder what history today is hidden from us.”

Williams said it is too early to list her priorities for the Brown v. Board of Education site, established in the former segregated Monroe School, although interpretation and education will remain its main goals.

“It will have a strong focus on community,” she said. “The story of Brown v. Board focuses on the whole Topeka area, not just the Monroe School.”

In her spare time, Williams is an avid gardener, traveler and music and opera enthusiast who recently began voice lessons in the Italian bel canto style.