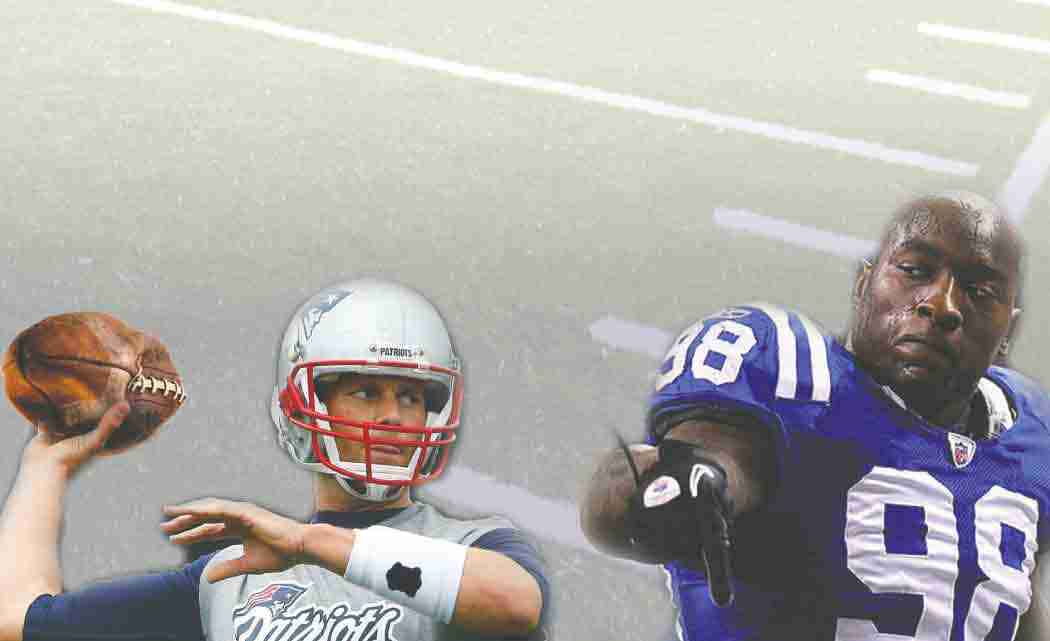 The NFL is investigating whether the New England Patriots deflated footballs that were used in their AFC championship game victory over the Indianapolis Colts.

“We are looking into it,’’ league spokesman Brian McCarthy wrote in an email to The Associated Press on Monday. “We do not have anything further to add at this point.’’ A halftime examination of each team’s footballs found 11 of the Patriots’ 12 game footballs were underinflated by 2 pounds per square inch.

The inquiry was first reported by the website for WTHR-TV in Indiana, citing an unnamed source.

“We’ll cooperate fully with whatever the league wants us to, whatever questions they ask,’’ Belichick said Monday during his regular conference call with reporters.

He said he was unaware there was an issue until Monday morning.

The Patriots have come under scrutiny with regards to NFL rules in the past, most infamously when they were punished for videotaping sideline signals used by the New York Jets during a 2007 game. Belichick was fined $500,000, and the team was docked $250,000 and stripped of its 2008 first-round draft pick.

According to the NFL rule book, home teams are responsible for furnishing playable balls at all times. Each team brings 12 primary balls, while home teams are required to also bring 12 backup balls.

Once the referee makes sure the footballs are properly inflated, they’re delivered to ball attendants provided by the home team.

The league’s game operations manual notes: “If any individual alters the footballs, or if a non-approved ball is used in the game, the person responsible and, if appropriate, the head coach or other club personnel will be subject to discipline, including but not limited to, a fine of $25,000.’’

Deflating a football could change the way it would be gripped by a player or the way it travels through the air.

The Patriots beat the Colts 45-7 to reach the Super Bowl. New England will play the defending champion Seattle Seahawks for the NFL title at Glendale, Arizona, on Feb. 1.

Colts coach Chuck Pagano said he did not notice issues with the football. He did not specify when asked whether the Colts had reported the issue to officials.

Colts quarterback Andrew Luck had his worst game as a pro, completing only 12 of 33 passes for 126 yards, no touchdowns and two interceptions.

On his regular weekly morning-after-game appearance Monday on WEEI radio, Brady said he wasn’t aware of the report about the league’s investigation into whether footballs were properly inflated against Indianapolis.

“I think I’ve heard it all at this point,’’ Brady said with a laugh.

AP Sports Writers Howard Ulman in Boston and Mike Marot in Indianapolis contributed to this report.