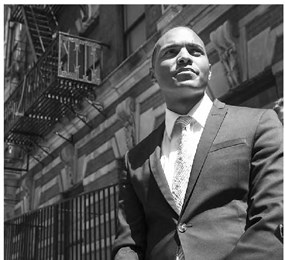 New York Oversight Committee Chair Ritchie Torres said his investigation showed that the firm once run by President Donald Trump’s son-in-law, Jared Kushner, has been renting apartments to hundreds of tenants in nine buildings with certificates of occupancy that expired months or years ago. Torres also said that the company has been trying to push lowpaying tenants out of its buildings and didn’t want the regulatory scrutiny that comes with inspections required to renew the certificates.

“The goal here is a concerted campaign to evade scrutiny,” said Torres at a news conference outside the Kushner Cos. headquarters at 666 Fifth Avenue. “The company is engaged in what I call the weaponization of construction — the use of construction as a weapon for harassing tenants out of their apartments.”

But a city regulator that oversees landlords called the expired certificates cited by Torres and tenant watchdog group, Housing Rights Initiative, “paperwork lapses” and blasted the findings as “pure grandstanding.”

Our “top priority is safety — and indeed, we have inspected all these buildings or renovated units and deemed them safe to occupy,” spokesman Andrew Rudansky in an emailed statement.

The Kushner Cos. said that the problems said Buildings Department with the certificates stretch back to its previous owners. Certificates for two of the nine buildings expired while Jared Kushner was CEO.

“Similar to many other landlords, we inherited from prior owners certificates of occupancy with various issues,” it said in an email. “Kushner will continue the long and detailed process to work with our consultants and the Department of Buildings to correct every issue outstanding.”

The city requires a certificate of occupancy whenever significant renovation is done such as changing the layout of a building or of its fire exits. Most of the nine Kushner buildings cited are in the East Village section of Manhattan and appear from city records to have undergone substantial renovation and faced several violations.

The Kushner Cos. was fined $210,000 by city regulators last year after an Associated Press report found that the company had submitted paperwork to regulators that claimed it had no low-paying, rent-stabilized tenants in dozens of its buildings when it, in fact, had hundreds. The false paperwork allowed the company to avoid inspections and other scrutiny during construction work that critics have said are often used by landlords to chase low-paying renters out.

The Kushner Cos. has said that the paperwork was handled by another firm and mistakes were corrected when they came to its notice.

The Wall Street Journal on Tuesday reported that the Kushners have hired a broker to sell five apartment buildings in the East Village as their company comes under public and media scrutiny. It is not clear if those are among the nine buildings with expired certificates of occupancy.

Jared Kushner stepped down as the head of his family firm two years ago to become a White House adviser. He still owns stake in Westminster Management, the Kushner Cos. subsidiary that oversees its residential properties. A financial disclosure filed with federal ethics regulators shows he earned $1.5 million from the holding last year.

At Tuesday’s news conference, the head of Housing Rights Initiative said that many landlords, not just the Kushners, were flouting the rules and regulators need to crack down.

“A certificate of occupancy is essentially like a driver’s license for landlords,” said Aaron Carr, executive director of the group. Ignoring the lack of one is like “a police officer pulling someone over and forgetting to check their license.”