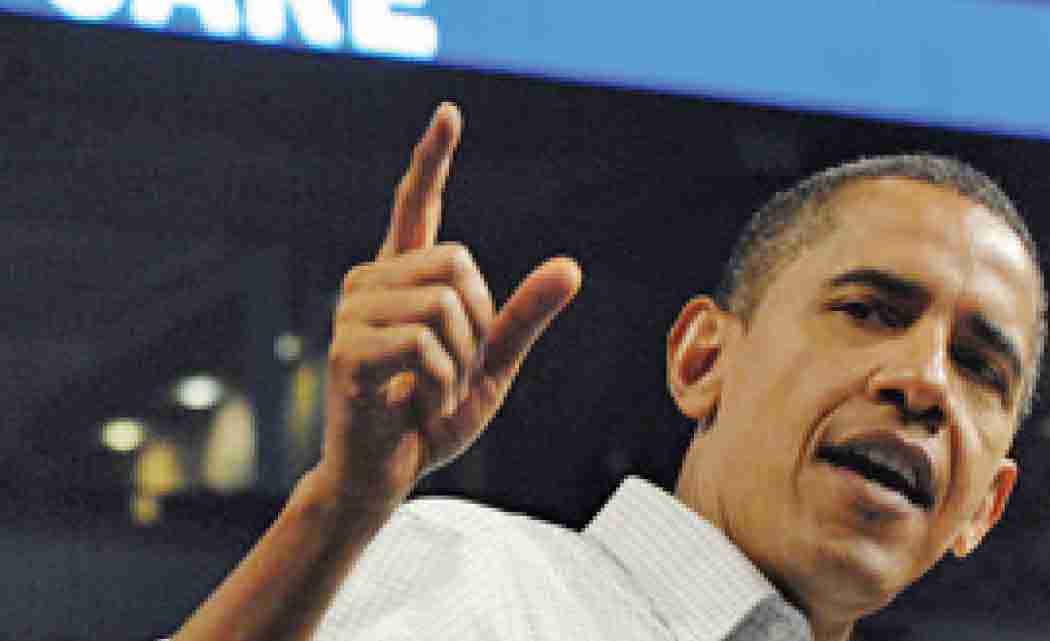 WASHINGTON — Some 9.5 million people have already signed up for 2015 coverage under President Barack Obama’s health care law, and the administration is on track to surpass its nationwide enrollment target set last year.

The Health and Human Services Department said Tuesday that, through the middle of January, more than 7.1 million people had signed up in 37 states where the federal government is running the insurance markets. At least another 2.4 million signed up in states running their own exchanges.

The health insurance exchanges offer subsidized private coverage to people who don’t have access on the job. The deadline for 2015 enrollment is Feb. 15, and officials are expecting the numbers to surge at the very end.

HealthCare.gov and the state exchanges have largely avoided the technology meltdown that turned the 2014 sign-up season into an embarrassment for the White House. But there is a cloud over this year’s open enrollment season as well.

That’s because the Supreme Court has agreed to hear another sweeping challenge to the health care law. This time, opponents argue that the legislation as written does not allow the federal government to subsidize premiums in states that haven’t yet set up online insurance markets.

If the justices accept that view, the vast majority signed up through HealthCare.gov would lose their subsidies, calling into question their ability to pay premiums. Consumers in states running their own exchanges would continue to receive financial assistance.

Supporters of the law argue that while its language may be difficult to parse, Congress clearly intended financial assistance to be available in every state. The case will be heard in March, and a decision is expected early in the summer. Of the top five enrollment states in Tuesday’s report, only California is running its own market.

Last year, Burwell had set a national target of 9.1 million people enrolled and paying their premiums. It’s still too early to say if that goal has already been met, because the number only counts people who’ve sealed the deal by paying their first month’s premiums.

The nonpartisan Congressional Budget Office said in estimates released this week that it expects enrollment in the exchanges to average about 12 million people during 2015.

The health care law also provides additional coverage for low-income people, by expanding eligibility for Medicaid in states that accept. On Tuesday, Indiana became the 28th state to agree to expand Medicaid, and the latest state with a Republican governor to do so. At least 9.7 million people have gained coverage through the law’s Medicaid expansion, which targets low-income adults with no children living at home.