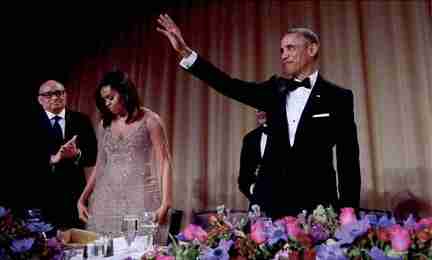 Wilmore concluded his remarks noting progress on race and how much it meant to him that a black man was president. He concluded: “Yo Barry, you did it my n—a. You did it.”

White House spokesman Josh Earnest says he talked to Obama, and Obama appreciated the spirit of racial progress Wilmore was trying to convey.

But Earnest says any fair reading makes clear that Wilmore’s sentiments of racial progress “came from a genuine place.”

Next post Whitney Houston documentary is officially in pre-production

Previous post Can musicians make Washington the jazz mecca it used to be?