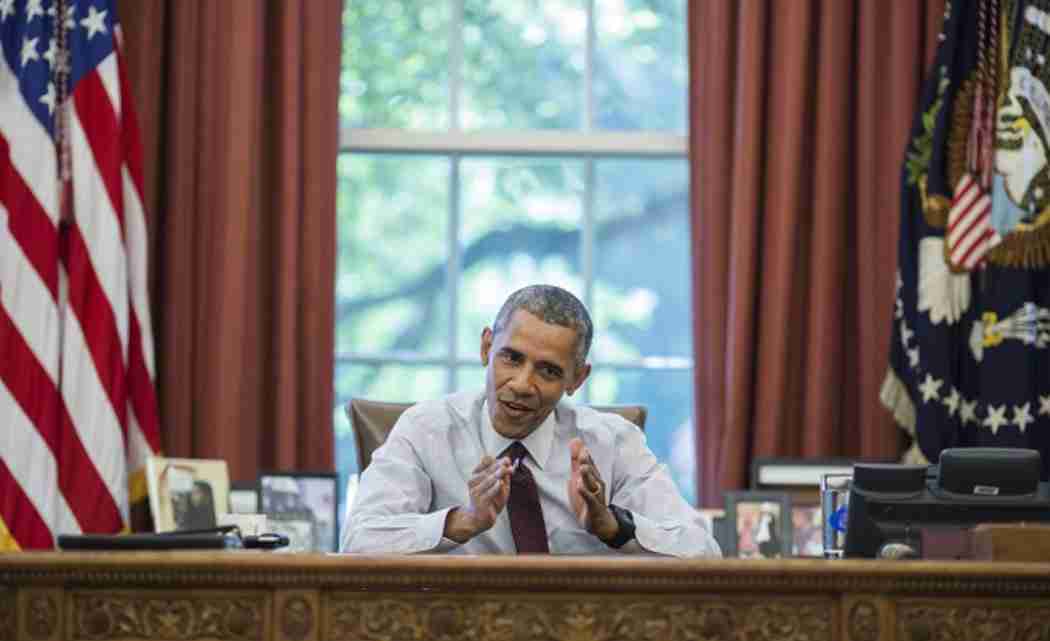 By DAVID ESPO and CHARLES BABINGTON

WASHINGTON — President Barack Obama and top Republicans in Congress joined forces on a quick, bipartisan rescue attempt Wednesday for the administration’s trade agenda, left for dead in the House last week in a revolt carried out by Democrats and backed by organized labor.

Officials said the Republican-controlled House would vote Thursday on a measure to give Obama enhanced negotiating authority the administration seeks as part of an effort to complete an 11-nation trade deal with Pacific Rim countries.

A package of aid for workers who lose their jobs because of exports would be separated from the trade bill and passed independently under the plan worked out in recent days.

At the White House, Obama set a meeting with pro-trade Democrats to try and firm up their support for the rescue strategy “a session scheduled so hastily that it was to take place just before the annual White House picnic for lawmakers.

The fast-paced developments marked an episode unlike any other in a recent period of divided government, the president and his customary Republican rivals working in harness to thwart the wishes of members of Obama’s own party.

The bill would allow Congress to approve or reject any trade deal the administration negotiates, but not change it. Previous presidents have enjoyed the same authority, known as “fast track.”

The entire bill derailed when the vast majority of Democrats voted against the package of aid for displaced workers in hopes of rejecting the entire trade package. Normally, the aid program is a Democratic priority and has little support among Republicans.

By separating the two portions of the legislation into separate bills, the GOP leadership and the White House are counting on strong Republican support to approve the trade negotiating authority, as was the case last week.

This time, they calculate that most Democrats will recognize that the rest of the trade agenda is headed to the White House, and will be willing to approve the aid for displaced workers that they voted down just last week.

Obama, too, faced a challenge. He needed to reassure pro-trade Democrats that he wouldn’t sign one bill without the other, without saying exactly how soon the aid measure might reach his desk.

Earnest previewed that appeal, telling reporters, “The only legislative strategy that the president can support is one that will result in both pieces of legislation arriving at his desk.”

He added: “Now, there’s also this fundamental question … about whether or not they have to arrive at the same time, on the same day, as part of the same legislative vehicle or separately. That’s exactly what’s being discussed on Capitol Hill.”

Earnest also predicted that all of the 28 pro-trade House Democrats would be willing to follow the rescue strategy, as long as the aid package made it to the White House on its own.

One of the lawmakers, Rep. Gerald Connolly of Virginia, concurred.

“My sense is that there aren’t going to be a lot of cracks in the 28 who voted yes last time,” he said.

Under the strategy put together by Speaker John Boehner and Senate Majority Leader Mitch McConnell, as well as the president, the aid for displaced workers would clear Congress separately from the trade negotiating legislation, as part of a bill renewing rules for commerce with African countries and Caribbean Basin nations.

Boehner and McConnell hope to complete passage of the two trade bills before lawmakers begin a July 4 vacation at the end of next week, intending to blunt any attempt by opponents to administer a final defeat to the legislation.

There was little sign of retreat within organized labor, which argues that international trade deals inevitably cause the loss of U.S. jobs.

AFL-CIO legislative director Bill Samuel said the strategy contemplated by Republican leaders and the White House could leave the worker assistance package languishing in either the Senate or the House, requiring GOP leaders to somehow guarantee it would pass.

“It still presents the same problem: Trust us and we will get it done,” he said.

Samuel said labor is still urging defeat of the fast-track measure, and is making a special effort in the congressional districts of the 28 House Democrats who voted for it.

Sen. Orrin Hatch, R-Utah, who chairs the Senate committee that handles trade, said Democrats will get an iron-clad assurance that Republicans will help enact the displaced workers’ program if fast track becomes law. He said Republicans clearly understand that’s part of the deal.

Sen. Dianne Feinstein, D-Calif., said she will insist that Obama sign the two bills – fast track and the displaced workers’ program – at the same time.