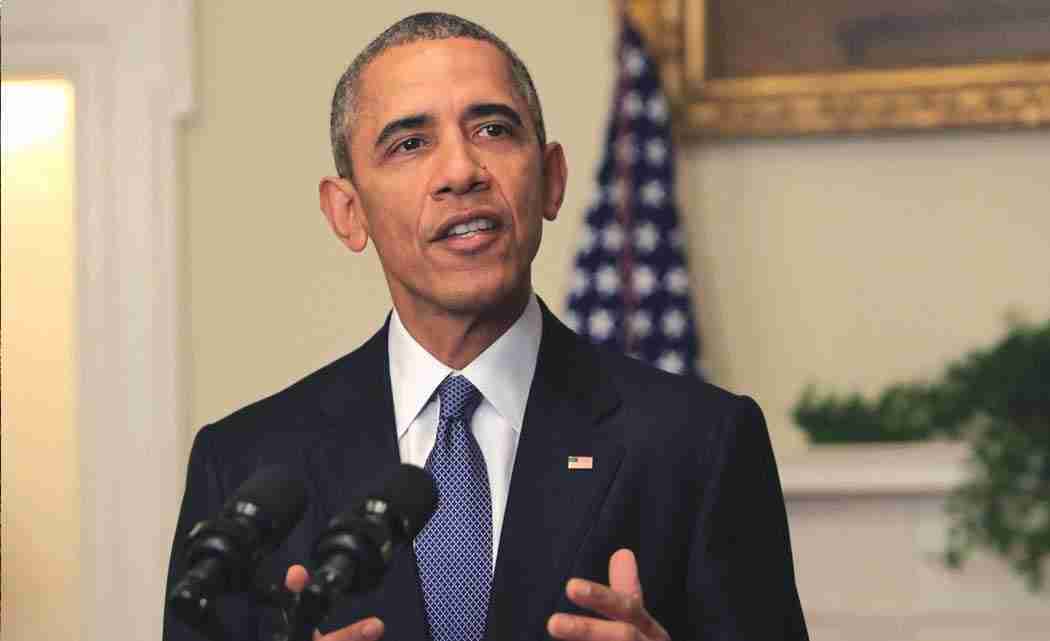 WASHINGTON — President Barack Obama and Secretary of State John Kerry hailed the newly passed international climate change agreement as a major achievement that could help turn the tide on global warming, but got a quick reminder that Republicans will fight it all the way.

Obama said the climate agreement made Saturday night by almost 200 nations “can be a turning point for the world” and credited his administration for playing a key role. He and Kerry predicted it would prompt widespread spending on clean energy and help stem carbon pollution blamed for global warming.

“We’ve shown that the world has both the will and the ability to take on this challenge,” Obama said from the White House. He said the climate agreement “offers the best chance we have to save the one planet we have.”

“In short, this agreement will mean less of the carbon pollution that threatens our planet and more of the jobs and economic growth driven by low-carbon investments,” Obama said.

Obama said the world leaders meeting in Paris “met the moment” and that people can be more confident “the planet will be in better shape for the next generation.” Obama said the agreement is not perfect, but sets a framework that will contain periodic reviews and assessments to ensure that countries meet their commitments to curb carbon emissions.

The immediate reaction of leading Republican critics was a stark reminder of the conflict that lies ahead.

Senate Majority Leader Mitch McConnell of Kentucky said Obama is “making promises he can’t keep” and should remember that the agreement “is subject to being shredded in 13 months.” McConnell noted that the presidential election is next year and the agreement could be reversed if the GOP wins the White House.

And Republican Sen. James Inhofe of Oklahoma said that Americans can expect the administration to cite the agreement as an excuse for establishing emission targets for every sector of the U.S. economy.

Kerry said from Paris: “I have news for Senator Inhofe. The United States of America has already reduced its emissions more than any other country in the world.”

“This has to happen,” he said of the agreement. “I believe this will continue because I just personally cannot believe that any person who doesn’t understand the science and isn’t prepared to do for the next generation what we did here today and follow through on it cannot and will not be elected president of the United States.”

In an interview taped for CBS Face the Nation, Kerry called the climate pact “a breakaway agreement” that will change how countries make decisions and “spur massive investment.”

He acknowledged that a Republican president could undo the agreement, but said there is already plenty of evidence that climate change is having a damaging and expensive impact with more intense storms, wildfires and melting glaciers.

House Democratic leader Nancy Pelosi hailed it as a “monumental moment” and praised Obama for his leadership on the issue.

Sen. Harry Reid, the Senate Democratic minority leader, said climate change poses one of the greatest threats the world has ever known, and that no country acting alone can stem the tide.

“The time to act is now,” the Nevada lawmaker said.

Obama took credit for the successful negotiations. “Today, the American people can be proud because this historic agreement is a tribute to American leadership. Over the past seven years, we’ve transformed the United States into the global leader in fighting climate change.”