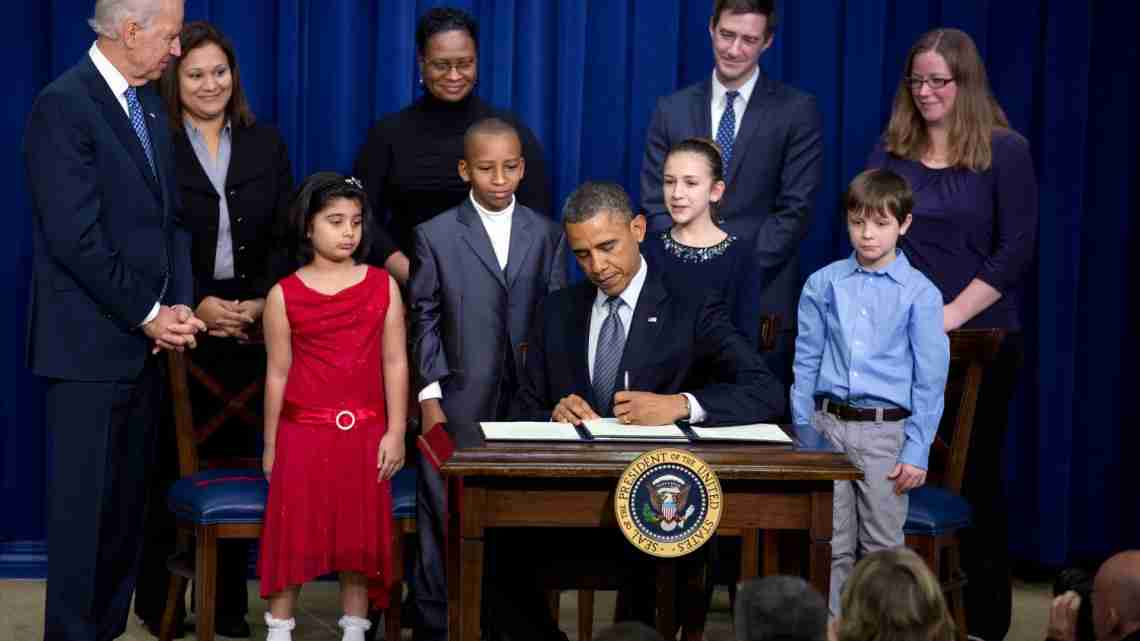 Washington, DC – President Barack Obama’s do-it-himself plan for keeping guns away from those who shouldn’t have them falls far short of what he’d hoped to accomplish through legislation after a massacre at Sandy Hook Elementary School shook the country to attention in 2012.

Yet even the more modest steps Obama will announce Tuesday rely on murky interpretations of existing law that could be easily reversed by his successor.

At the centerpiece of Obama’s plan, to be unveiled at a White House event with gun violence victims, is a more sweeping definition of gun dealers that the administration hopes will expand the number of gun sales subject to background checks. At gun shows, websites and flea markets, sellers often skirt that requirement by declining to register as licensed dealers, but officials said new federal guidance would clarify that it applies to anyone “in the business” of selling firearms.

They put sellers on notice that the government planned to strengthen enforcement, including deploying 230 new examiners the FBI will hire to process background checks.

“This is not going to solve every violent crime in this country,” Obama said. Yet he said the steps would “potentially save lives and spare families the pain of these extraordinary losses.”

Obama’s package of executive actions aims to curb what he’s described as a scourge of gun violence in the U.S., punctuated by appalling mass shootings in Newtown, Connecticut; Charleston, South Carolina; and Tucson, Arizona, among many others. After Newtown, Obama sought far-reaching, bipartisan legislation that went beyond background checks.

When the effort collapsed in the Senate, the White House said it was thoroughly researching the president’s powers to identify every legal step he could take on his own.

Here are some of the highlights:

The White House says there’s no threshold number of sales that will trigger the licensure requirement, and that even a few transactions may be enough to establish that a person is engaged in the business of selling guns.

The federal government is also finalizing a rule to require background checks for those who try to buy sawed-off shotguns, machine guns and similar weapons through a trust, corporation or other legal entity.

The FBI will hire more than an additional 230 examiners and other staff to help process background checks. The National Instant Criminal Background Check System in 2015 received more than 22.2 million background check requests, or an average of more than 63,000 per day.

The FBI is also working to modernize NICS, which dates to the 1990s, and to improve the response time for alerting local law enforcement authorities that someone who is disqualified from buying a gun attempted to do so.

Meanwhile, Attorney General Loretta Lynch has written to states emphasizing the need to submit complete criminal history records so that the background check system has as much information at its disposal as possible.

A rule issued by the federal Bureau of Alcohol, Tobacco, Firearms and Explosives will clarify that a dealer shipping a gun is responsible for notifying law enforcement once it determines it was lost or stolen in transit. The rule is aimed at clarifying regulations on lost or stolen weapons that the White House says are ambiguous about who precisely bears that responsibility.

A presidential memorandum to the departments of Defense, Homeland Security and Justice directs the agencies to conduct or sponsor research into smart gun technology. That technology is aimed at reducing the risk of accidental gun discharges and improving the tracing of lost or stolen firearms.

The memorandum also instructs the agencies to regularly review the availability of smart gun technology and to promote its use.

The White House is proposing a $500 million investment to improve mental health care.