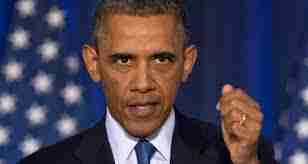 PARIS (AP) – President Barack Obama is calling the terror attacks in Paris an “attack on the civilized world.”

Obama also pledged U.S. solidarity with France in the effort to hunt down the perpetrators and bring them to justice.

Obama was speaking Sunday in a meeting with Turkish President Recep Tayyip Erdogan on the sidelines of the Group of 20 economic summit in the Turkish city of Antalya featuring leading industrial and emerging-market nations.

Erdogan says there will be a “strong message” on fighting terrorism coming out of the G-20 summit.

Serbian police say the owner of a passport found near a suicide bomber in Paris entered the country on Oct. 7 from Macedonia, part of a wave of asylum-seekers crossing the Balkans toward Western Europe.

Police said in a statement Sunday that the man, identified only as A.A., formally requested asylum in Serbia. The statement says it’s the same passport holder registered as entering Greece on Oct. 3.

The Syrian passport was found next to the body of a man who attacked France’s national stadium on Friday night.

Officials in Greece say the passport’s owner entered through Leros, one of the eastern Aegean islands that tens of thousands of people fleeing war and poverty have been using as a gateway into the European Union.