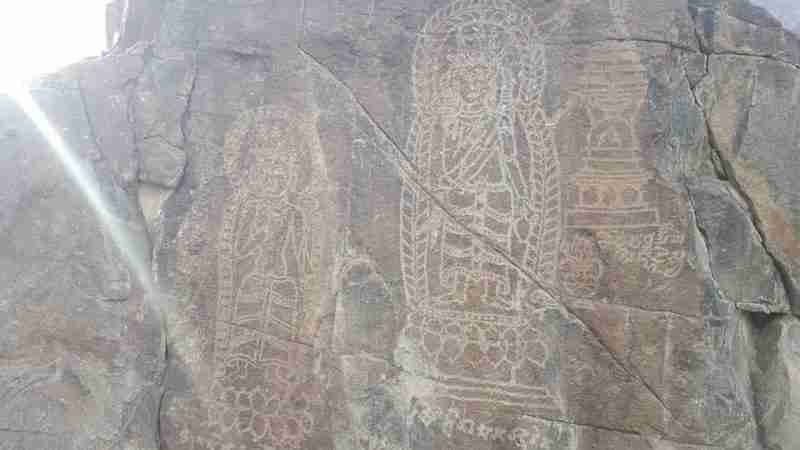 Cliffs and boulders in the mountainous area of Gilgit-Baltistan in northern Pakistan feature thousands of ancient carvings etched into rocks. The Chilas valley, 244 miles north of Islamabad, has one of the largest known collections of rock carvings. Many of these are on the banks of the Indus River.

When the Daimer Bhasha dam is constructed, it will, on one hand, address the paucity of energy and water in the country. But the structure — spread over 8 million acre-feet with a height of 272 feet — will also submerge rock carvings that are thousands of years old.

“These Pakistani petroglyphs are simply unobtainable anywhere else along the famed Silk Road,” Burzine Waghmar, a research fellow at the Centre for Iranian Studies at the School of Oriental and African Studies in London, wrote in an email to Zenger News.

Etched on the rocky slopes and boulders of the Indus gorge, stretching for approximately 100 kilometers (62 miles) along both banks of the river, is the largest collection of images and inscriptions on rocks from the eighth millennium B.C. to the Golden Age of Buddhism (fifth to eighth centuries A.D.), he wrote.

Almost 37,116 petroglyphs, including 3,618 inscriptions on 5,928 boulders (95 archaeological sites), will be forever submerged once the dam is finished, said Waghmar.

“Some will be submerged for eternity while others are expected to be partly visible seasonally when the shoreline dips,” he said. “Still others etched on higher elevations will be observable from the newer shoreline.”

After the construction of Karakoram Highway in the 1980s, academics studied the carvings and inscriptions.

Pakistan’s Water and Power Development Authority, which is building the dam, said it will implement the Cultural Heritage Management Plan to preserve the prehistoric rock carvings and inscriptions.

The plan for the Daimer Bhasha Dam has been put together by a team of international experts led by Professor Harald Hauptman from the Institute for Rock Carvings and Inscriptions at the University of Heidelberg, Germany.

“About 5,000 most important rock carvings and inscriptions ranging from seventh millennium B.C. to the 16th century A.D. would be 3-D scanned, documented, replicated and relocated,” according to the plan.

Protective treatment is also planned to be applied for important carved rock surfaces in the water reservoir drawdown band in addition to on-site mitigation through barriers, screens, signage, and bracing. 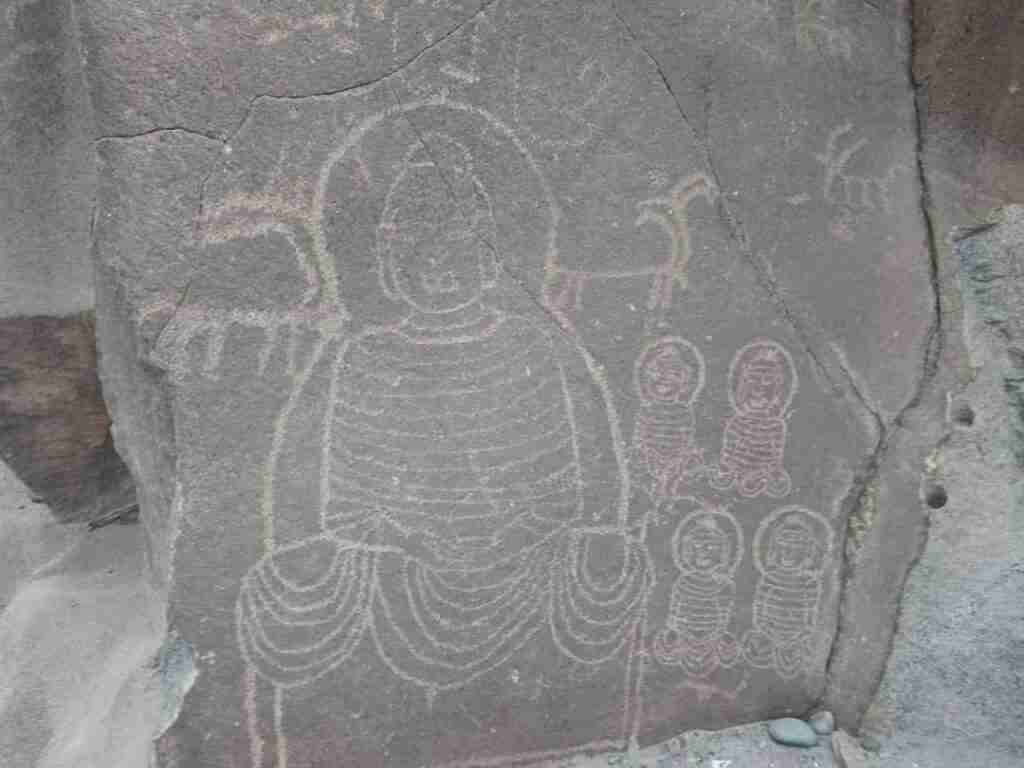 Waghmar, for his part, is skeptical of the Water and Power Development Authority’s plan.

“How committed Wapda remains in fulfilling this following Hauptmann’s demise and whether Wapda even has sufficient resources and know-how to apply protective treatment to those etchings which will eventually lie below the water surface remains to be seen,” said Waghmar.

The lead consultant for the Cultural Heritage Management Plan of Wapda, Feryal Ali-Gauhar, said in an interview that 35,000 rock carvings would be affected by the construction of the Diamer Basha dam.

“Since a Chinese company has been contracted for the building of the dam, it is possible to seek assistance from the Chinese government to help us to build a dome-like structure above the most important carvings,” she said.

“Rock carvings to be affected by the construction of the dam will be moved to the museum,” he added.

“As far as small rock carvings are concerned these can be moved using machinery. But when it comes to boulders, these will be cut in such a way that only carvings will remain, and then moved to the museum,” said ul Hassan.

But there are some rock carvings that can neither be lifted nor cut.

“In such cases, 3-D pictures will be taken and later put on fiberglass,” he said. “There will be displaced in the museum.”

“We have to be very careful during this shifting so as not to damage the ancient rock carvings,” he said.

Not everyone is happy with the plan though.

“I am sure provisions are being made to move the boulders and to preserve them underwater,” said Muhammad Shah Bokhari, former director of the archaeology department. “But I think it is immaterial if the carvings are submerged. Our past glory should not be compromised for our future.”

In July, four people were detained for allegedly destroying the centuries-old Buddha statue in the region. The 1,700-year-old idol was discovered during construction in a village near Takht-i-Bahi, known for being the cradle of the Buddhist civilization where a large number of people from Sri Lanka, Japan, and Korea come every year.

The suspects were arrested after their video of hammering a statue to pieces went viral on social media.

The post Pakistan Plans to Protect Ancient Rock Carvings from Being Submerged by Dam appeared first on Zenger News.

Next post India’s Ruling Party Rebrands Ahead of Tamil Polls