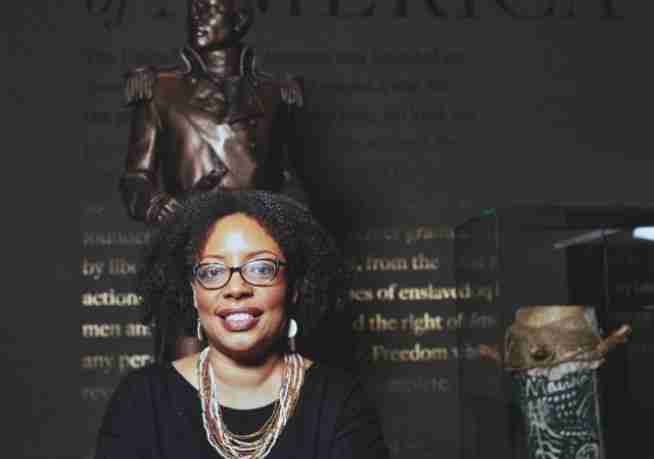 MIAMI – The celebration of “Juneteenth” originated on June 19, 1865, when the enslaved people of Texas finally learned about their freedom—two years and six months after President Lincoln’s “Emancipation Proclamation.” To celebrate, the Perez Art Museum of Miami (PAMM) is collaborating with the National Museum of African American History and Culture (NMAAHC) to host a screening of the films, “Papa Machete,” and “H-2 Worker.”

A conversation between documentary filmmaker Stephanie Black; writer, musician, and filmmaker Jason Fitzroy Jeffers; Rhea L. Combs, supervisory curator of photography and film and the director of the Earl W. and Amanda Stafford Center for African American Media Arts (CAAMA) at NMAAHC; and Joanne Hyppolite, Ph.D., Museum Curator at NMAAHC will follow the screenings, touching upon questions of identity, colorism, labor, and geography’s impact upon people across the African Diaspora.

“Across the Diaspora, questions of identity, colorism, labor, and geography continue to impact people of African descent. This program offers a lens, from both an historical as well as a contemporary perspective, through which we can view how resistance, persistence, and self-determination have been the key to survival for people of African descent, and the basis for their achievements above and beyond geographical borders and external expectations,” said Michelle Materre, guest curator, Creatively Speaking Film Series on behalf of NMAACH.

“Papa Machete,” produced in 2014 and directed by Jonathan David Kane. Two hundred years ago, the slaves of Haiti defeated Napoleon’s armies in the historic revolution of 1791-1804. One of their weapons was the very tool they used to work the land: the machete. Papa Machete explores the esoteric martial art through the practice and life of a farmer named Alfred Avril. The short film documents his proud devotion to his heritage in the face of increased globalization, and his efforts to keep this mysterious art alive.

“H-2 Worker,” made in 1990, directed by Stephanie Black. A controversial expose of the travesty of justice that takes place around the shores of Florida’s Lake Okeechobee. There, for six months a year, over 10,000 Caribbean men are brought to hand-harvest sugarcane for American corporations under a temporary “H-2” guest worker visa.

Stephanie Black is a documentary filmmaker whose credits include the award-winning feature documentaries: LIFE AND DEBT (2001) on the impact international organizations such as the IMF, the World Bank, and current globalization policies have on the economies of developing nations such as Jamaica, W.I.; and H-2 WORKER (1990) about the ten thousand Caribbean men brought to Florida each year to harvest sugarcane for American corporations under a temporary “H-2” guest worker visa.

Jason Fitzroy Jeffers is a writer, musician, and filmmaker from Barbados who is based in Miami. Since 2001, Fitzroy Jeffers has written about everything from crime and politics to arts and entertainment for many of South Florida’s major publications including The Miami Herald and Ocean Drive. In 2013, he assembled a crew of filmmakers to travel to Haiti to document one of the few remaining practitioners of the esoteric revolutionary martial art of Haitian machete fencing.

Michelle Materre, guest curator for NMAAHC, is the founder, host, and producer of the critically-acclaimed Creatively Speaking Film Series. Creatively Speaking has been a premiere forum for presenting works by and about women and people of color for twenty-two years. Materre’s professional background spans more than thirty years’ experience as film producer, writer, arts administrator, distribution/marketing specialist, film programmer, and college professor.

Rhea L. Combs holds a PhD in American Studies with a concentration in Film History and African American Studies from Emory University; an MA from Cornell University; and a BA from Howard University and is supervisory curator of photography and film and the director of the Earl W. and Amanda Stafford Center for African American Media Arts (CAAMA) at the Smithsonian’s National Museum of African American History and Culture (NMAAHC). Combs’ exhibitions and projects at NMAAHC include, Watching Oprah: The Oprah Winfrey Show and American Culture; Represent: Hip Hop Photography, Everyday Beauty: Images from the permanent Photography and Film Collection; Through the African American Lens: Selections from the Permanent Collection of NMAAHC and Rising Up: Hale Woodruff’s Murals at Talladega College.

PAMM is located at 1103 Biscayne Blvd., Miami. Admission is $16 for adults, $12 for students/seniors. PAMM members free.