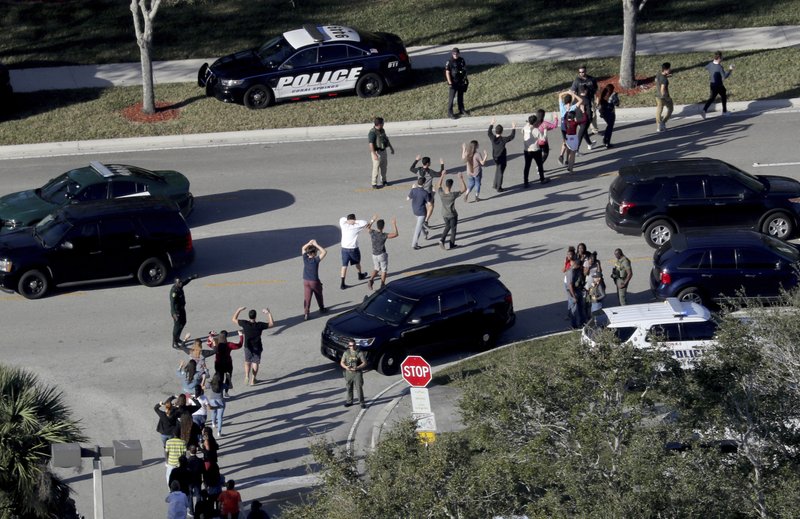 TALLAHASSEE, Fla. (AP) Parents whose children were killed or wounded during last year’s Parkland high school massacre asked the Florida Supreme Court on Wednesday to rule that each pull of the trigger was a separate occurrence for which the Broward County School Board should be held liable.

But a lawyer for the school board told the court the Feb. 14, 2018, shooting at Marjory Stoneman Douglas High School was one “unfortunate” incident that left 17 students and staff dead and 17 people injured.

The court’s ruling could make a huge difference in the amount of the school board’s potential liability.

The parents hope not to be constrained by a state law that caps government agencies’ liability in civil lawsuits at $200,000 per individual and $300,000 per incident.

Any jury award above that amount has to be approved by the Legislature and governor.
“This all happened in a matter of a few minutes, where one gunman came onto the campus,” said Eugene Pettis, a lawyer for the school board.

“We have a nightmare of six minutes, a contiguous, continuous action that occurred.” After a trial judge agreed with the Broward School Board, an appeals court asked the Supreme Court to answer the question of whether each victim represents a separate occurrence.

Fred Guttenberg, whose 14year-old daughter Jaime was killed in the shooting, was angered by the school board’s arguments.

“I am so frustrated by the school district that was tasked with protecting my child and the 16 others who died and who failed and failed and failed,” Guttenberg said on the steps of the courthouse. “When that attorney (Pettis) kept on saying the unfortunate incident on February 14th, my blood was boiling, and it only reinforces how badly they still don’t get it.”

After the proceedings, Pettis said the cap that protects government agencies was never intended to address an event like the Parkland shooting, saying it’s “totally inadequate for these types of tragedies.” Instead, he said the Legislature should create a victims compensation fund.

“This case can’t be resolved on a local level, this case needs to be resolved with our Legislature stepping in and creating some type of claims process. The $300,000, no matter how we cut it up, obviously is wholly insufficient,” Pettis said.