Pastors preach to members in church despite COVID-19 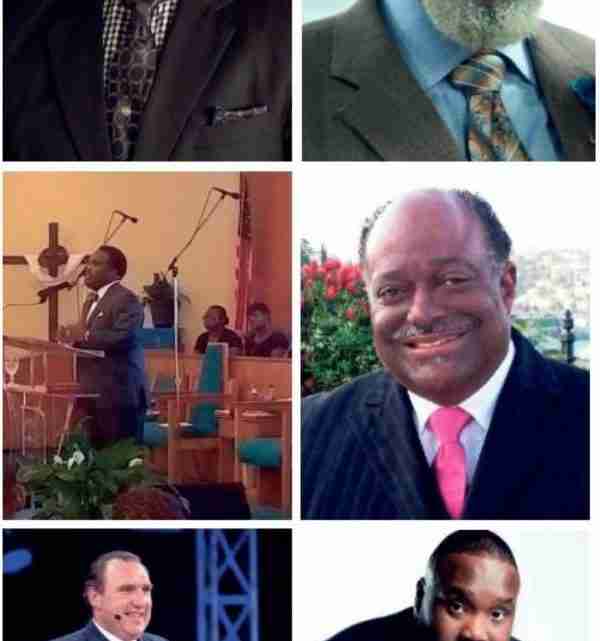 MIAMI – One thing we know for sure: church is no longer the church it used to be. COVID-19, has changed that. And some pastors around the world say it’s a good thing. The majority of churches around our South Florida area, have resorted to having virtual church online due to the ﬁerceness of the virus, which is spreading like wildﬁre across the globe. It’s something most people alive today have never seen before. The only thing similar to this nationwide pandemic was the Spanish flu outbreak of 1918.

So here we are in 2020 with the deadliest disease known to man in our lifetime and it’s dividing the church world. One local pastor likens it to The GREAT DIVIDE. Pastors and other church folk cast dexterity on both those who keep their church doors open during this ‘plague’ if you will, but also frown upon those who have closed the doors of their sanctuaries.

Here’s the dilemma: COVID-19 is highly contagious. Contracting the virus has led to death for over 46,200 globally. If pastors close their church doors, they are accused of not having enough faith. But if they dare to keep them open, they are accused of being irresponsible, immature and unwise.

Pastor Arthur Jackson, III, senior pastor of Antioch Missionary Baptist Church, with one location in Miami Gardens and another in Broward County, says this issue has drawn a wedge straight down the middle of the church. Jackson says the issue is now the great divider since the government urged churches to close their doors in order to potentially save lives. “People were no longer talking about the Lord. They were talking about gathering or not gathering. The devil is rejoicing because we’re not talking about Christ, we’re talking about Corona! It’s not about the gathering, it’s about God.”

Jackson said a popular Miami TV station came to his church a couple Sundays ago and they came only because the church doors were open. He said he’s even been criticized by some of his parishioners too. Jackson said it has surely caused a divide among God’s people.

And one pastor, Rodney HowardBrowne, who leads the River Church, a megachurch in Tampa, said it was all about God and not the coronavirus, but he ended up behind bars. He was arrested earlier this week and charged with two misdemeanors after he held two services over the weekend with thousands in the audience. He says they did practice what’s known as “social distancing,” which means we all need to be six feet apart outside of our homes. But he also did not adhere to the federal guidelines which suggests no one gather in groups larger than ten.

Howard-Browne, who has led the popular church over 20 years, boasted that he was not going to follow any guidelines, but instead he and his church members put their faith in God to protect them. Howard-Browne is from South Africa, where they are known for their great faith, signs and wonders. However, the South Florida Times has not authenticated whether most South Africans feel the same way as Howard-Browne regarding the coronavirus.

Howard-Browne also has ties to President Donald Trump. In 2017 he was among a group of preachers who laid hands on and prayed over Trump. Howard-Browne says preacher and televangelist Paula White-Cain handpicked him to pray over the President with the delegation. White-Cain is known as Donald Trump’s chief spiritual adviser. In January of this year, she was appointed the president’s leader of the ofﬁce of faith and opportunity. She and Trump knew each other before he ran for political ofﬁce. She gave the invocation at his inauguration making her the ﬁrst woman in history to do so. At one point she was considered the most popular white female preacher on Black Entertainment Television. Ebony magazine hailed her for that recognition and she also considers Bishop TD Jakes as her spiritual father. At one point White-Cain also had a large ministry in Tampa, as does Howard-Browne, but she eventually moved to the Orlando area. No word on whether she or Trump have spoken publicly about Howard-Browne’s arrest. Immediately following his arrest Monday he was released.

His arrest seemed to be a gamechanger and a wake-up call for many pastors around the world. Many pastors who had their doors open as recent as last Sunday, won’t be open any longer, but instead will join the majority of the nation’s churches and will revert to church online for the foreseeable future.

Jackson of Antioch Missionary Baptist Church which was open last Sunday, says his position is ever evolving. This Sunday he will have virtual church online until further notice. Jackson says his own elderly mother wants to go to church. But she, too will have to watch him online.

Pastor Maurice Johnson, senior pastor of Roanoke Missionary Baptist Church of West Palm Beach had a phenomenal service last Sunday in the most creative way. He had curbside service outside of his church with a podium, microphone and speakers piping through the neighborhood. Parishioners lined the streets and parking lots and remained in their cars, maintaining their safety. When they wanted to shout “Amen” they honked their horns instead. The church distributed bottles of water. It was a holyghost party on the church’s street corner–in the comfort of their air-conditioned vehicles. Parishioners and Johnson loved it.

“It was a bit different, but I enjoyed it very much. It was challenging but great,” said Johnson. “You’re battling the elements –trying to keep my notes in place, making sure I’m hydrated.” His son held an umbrella over him to shield the sun. But it was also windy. “Next week I’ll use my iPad,” he laughed.

Johnson too, had been live streaming his services for a few months, but two weeks ago decided not to hold services in the sanctuary in compliance with federal guidelines. He continued streaming but a chance encounter on the internet led him to see a Florida West Coast pastor who was doing the curbside service. Johnson, who had been floating a similar idea, decided to give it a try and said it worked wonderfully last Sunday so he’s doing it again this Sunday. “I thoroughly enjoyed it. I slept good Sunday night and it brought back a sense of normalcy from all the live-streaming, although we still live-stream on Facebook as well,” he indicated. “But this gives us an opportunity to take the message outdoors. Biblically we were told to ‘go out.’ This ( pandemic) has been an uncomfortable awakening, but it should not have taken this. But it’s an opportunity to be about our Father’s business. But he says it also gives him a chance to physically see the people while all the while maintaining social distancing.

Pastor Eric Jones, Senior Pastor of Koinonia Worship Center in Pembroke Park, says that’s exactly what pastors are facing today: being about the Lord’s business yet adhering to the law of the land. Last Sunday his church doors were open, mainly he says for those essential to the broadcast, but he points out a few congregants straggled in. They all practiced social distancing, he said. But the key is balancing the respect of individuals while acknowledging laws.

“For those who are called of God- to the believer, worship is essential, and my fellowship is essential. But it’s the social distancing. We have to abide by the law of the land, while not offending God,” said Jones of the challenge facing the church.

In addition to Howard-Browne being arrested for his religious beliefs, a Louisiana pastor was summoned to appear in court for also ignoring the law citing his religious beliefs and rights. On Tuesday, police in Suburban Baton Rouge issued Pastor Tony Spell of Life Tabernacle Church a misdemeanor summons for six counts of violating the governor’s executive order barring large gatherings. He has to show up in court because he encouraged hundreds to come through his church doors.

But Spell pointed out the same thing Riviera Beach pastor Bishop Thomas Masters questioned: why are hundreds allowed to shop in stores such as Walmart while others are limited to no more than ten at a gathering? “I don’t understand It. They want no more than ten people, but in Walmart and the big grocery stores I don’t see anyone standing at the doors letting only ten in at a time. Why do they demand this of the church, but not all across the board?” said Masters, who is Senior Pastor of New Macedonia Missionary Baptist Church in Riviera Beach as well as the International Ambassador for the World Conference of Mayors. Masters was Mayor of predominantly black Riviera Beach for over a decade. He says his church is also going beyond the church walls during the pandemic by offering hot meals to the community every Sunday, including rib dinners from 3-4pm curbside. Drive by and get your free dinner this and every Sunday at that time as long as the pandemic lasts. “There are other ways to serve the community,” he stressed. Last Sunday his church doors were open with only 1 to 2 people per pew. They practiced social distancing and sanitizing, but he has not made a decision on this Sunday’s service.

But as Jackson of Antioch stressed -now is the time to get on one accord. “Let’s not be divided,” he urged.

Jones, of Koinonia, said these are trying times and we need to understand that our God is THE GOD, and He has allowed this to happen. “I think the aftermath is going to really reveal some things,” said Jones, who ironically is writing a book, in which the title and content speaks prophetically to the present.

He started the book three years ago after his son passed, but its title speaks directly to our situation today. The title is: YOU DON’T KNOW WHAT YOU BELIEVE UNTIL IT’S TIME TO BELIEVE IT.

“This virus is going to help me with the last chapter,” he added. “But what we say has to metastasize past the moment,” said Jones. And about the coronavirus pandemic: “It’s only worse in the moment. For God to get our attention, He has to slap us in the face. But it’s going to be better on the other side of this,” Jones, encouraged.