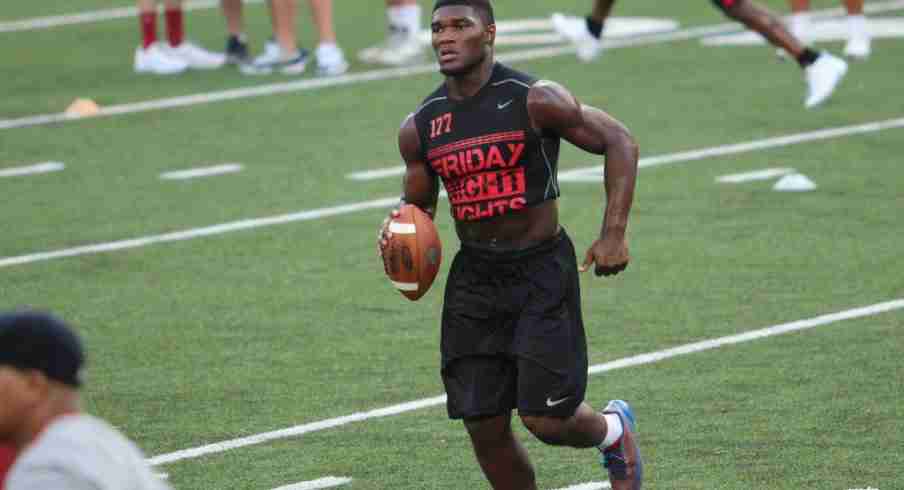 Fortunately for the Seminoles, spring practices have shown that there are plenty of contenders to take his place.

Jacques Patrick and Cam Akers come out of the spring showing that they have the inside track to fill the void left after Cook, who is the school’s career rushing leader, declared for the NFL draft. Both put in solid efforts on Saturday as the Seminoles held their annual spring game.

Patrick had the most carries (12) and averaged 5.3 yards per carry as he gained 64 yards. Akers was the leading rusher with 87 yards on 10 carries. 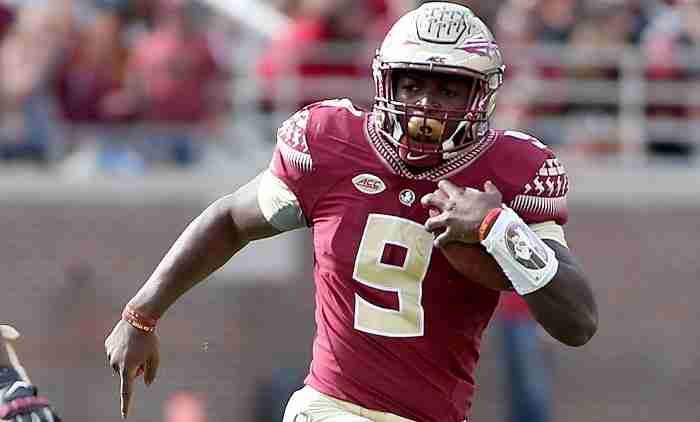 Coach Jimbo Fisher said that he feels good about the group at the conclusion of 15 practices.

“I like the way we have run the ball. We had some guys break a couple,” Fisher said. “Jacques has started games for us in the past and now Cam coming on like this. For the most part I feel confident about those guys.”

Patrick, a 6-foot-2, 231pound junior, has the most experience of the group as he was Cook’s primary backup last season. He is averaging 5.4 yards per carry over his first two seasons and has a pair of 100yard games.

Fisher said he was pleased with how Patrick did on some of the power and inside runs. Patrick also had the first touchdown of the game with a 1-yard run where he was able to bounce out of traffic near the goal line and punch it in.

“I feel like a big brother to the unit this spring. Just trying to help everybody because this is my third spring,” Patrick said. “I feel like we can all feed off each other and do some major things.”

Akers, who was considered the nation’s top running back by many recruiting services in the Class of 2017, was an early enrollee and has garnered the most attention and questions during the spring.

Akers, who was considered the nation’s top running back by many recruiting services in the Class of 2017, was an early enrollee and has garnered the most attention and questions during the spring. The 5-11, 213-pound freshman had the longest run of the day on a 35-yard carry during the third quarter but also had a fumble after breaking a 16-yard run earlier in the same drive.

“I’m proud of Cam. He went out there and did his thing,” Patrick said. “He’s a young guy. Only 15 practices in. He’s still learning but you can see the potential.”

Senior Ryan Green also showed some flashes with a pair of carries over 15 yards. Florida State, which was 10-3 last season, will also have five-star prospect Khalan Laborn vying for carries when practices resume in August.

Florida State will face immediate pressure going into the preseason with the Sept. 2 opener against Alabama in Atlanta, but Fisher said preparing for the Crimson Tide wasn’t the main focus of the spring.

“I feel good about the spring. I wanted it to be tough, physical and demanding,” Fisher said. “We made strides in a lot of areas.”