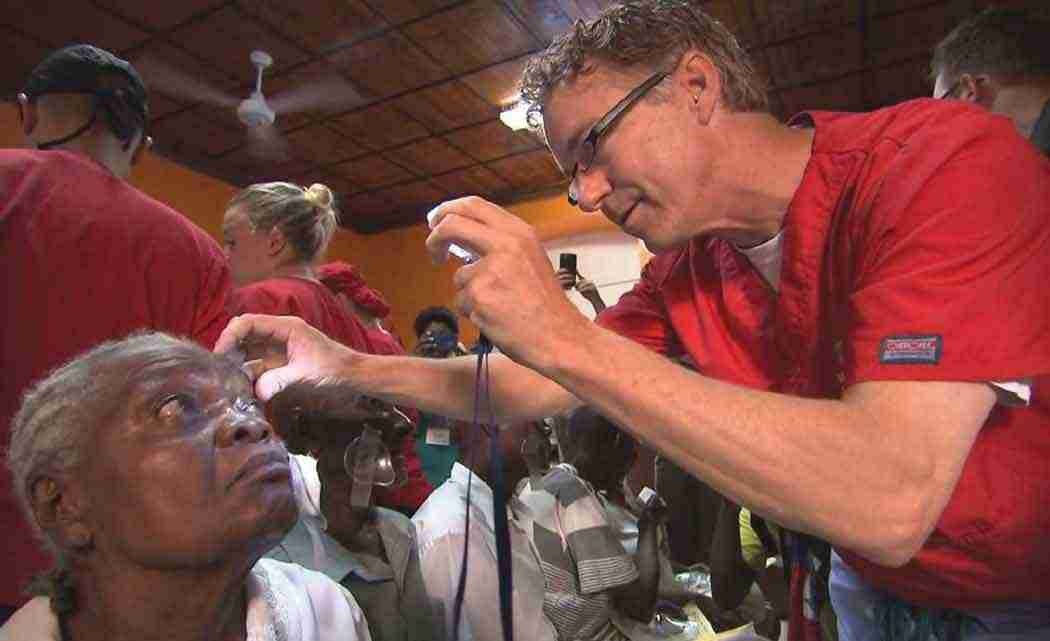 CAP-HAITIEN, Haiti – Mathieux Saint Fleur has been virtually blind for two decades. In less than 24 hours, he will see again.

As the 75-year-old Haitian patient lies on an operating table, a U.S. eye surgeon-turned-politician reassures him in broken Creole that the surgery is almost over.

“People need to be encouraged it’s not much longer,” said Republican presidential candidate Rand Paul, an ophthalmologist by training, without taking his eyes off Saint Fleur.

As many of Paul’s competitors courted voters in Iowa and New Hampshire over the last week, Kentucky’s fiery junior senator joined a team of eye surgeons on a four-day mission to Haiti, giving vision to nearly 200 who would not have been blind if they lived in the United States. But here in the poorest nation in the Western Hemisphere, “curable blindness” from common ailments such as cataracts is normal.

“If Jesus can give me back my vision, I will be happy,” said Saint Fleur, who would soon have a cataract almost the size of a dime removed from his left eye. The aging man, who balances himself with a worn walking stick, said he wanted his vision back simply to see his family again.

He was among scores of Haitians – adults and children – who streamed through the hallways of Vision Plus Clinique, a nondescript, two-story building set in the heart of Haiti’s largest north-coast city and guarded by a team of armed police and a private security detail for the mission.