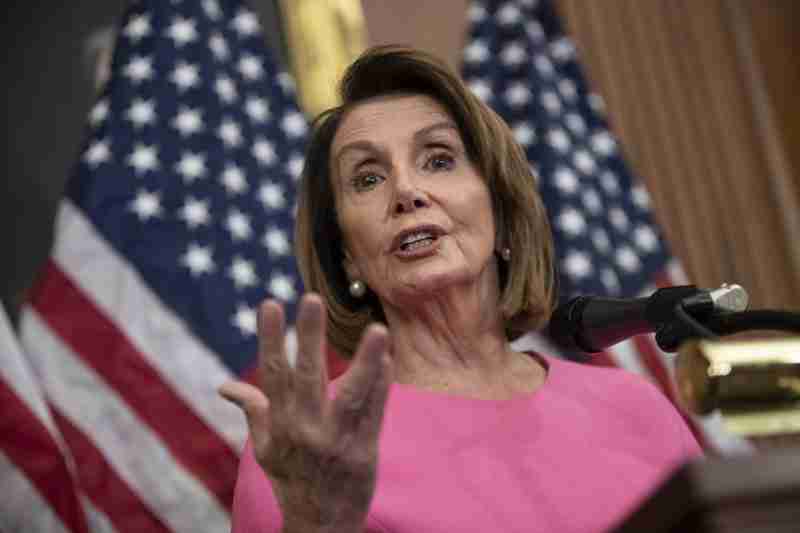 WASHINGTON (AP) – Democratic leader Nancy Pelosi wants to establish a House diversity office to recruit and retain employees from different backgrounds to Capitol Hill as one of the first acts of the new Congress, according to a letter obtained Thursday by The Associated Press.

Pelosi told colleagues in the letter that Democrats”take great pride” in having a House majority that she says will be more than 60 percent women, minorities and LGBTQ representatives.

“We know that the diversity in our ranks is a strength and a reflection of the American people,” she wrote.

The leader, who is shoring up support to win a race for House speaker, is tapping into an issue that has been a priority for the Congressional Black Caucus and other Democrats and that reflects the results of the midterm election that swept more female and minority representatives into office.

The House Diversity Initiative calls for creating a permanent office in the House with sufficient staff to help recruit and retain diverse employees to work in Congress, said a Pelosi aide.

The office would be led by human resource and diversity professionals and would partner with outside institutions to attract talent and provide training to help existing employees advance their careers.

The top Democrat on the Rules Committee, Rep. Jim McGovern of Massachusetts, has proposed the initiative as part of the package of rules for the chamber that will be voted on during the opening day of the new Congress in January, Pelosi said.

“Embracing the value of diversity within our offices, especially in senior positions, will strengthen our ability to represent our constituents and craft solutions that benefit all Americans,” Pelosi wrote.

Democrats had launched a similar effort when they last held the majority in 2010, but it languished after Republicans took control of the House. Democrats still run a similar program within their own caucus. But this move would make it a permanent office of the House.