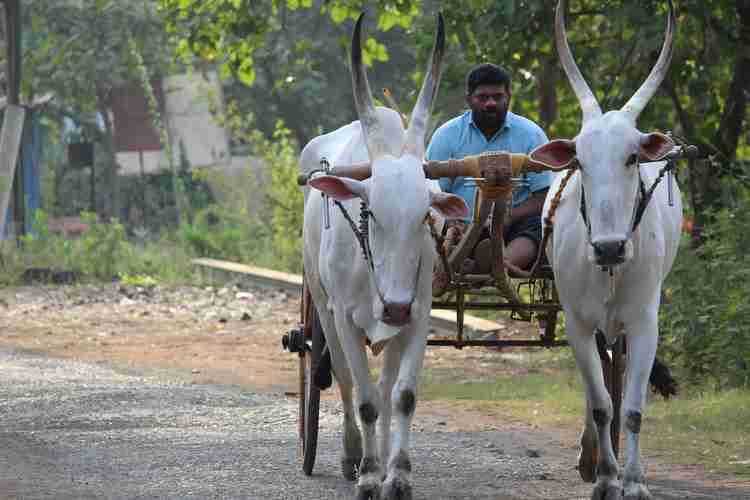 Three victims of pesticide poisoning from western India, including a farmer who suffered from severe health impact and two widows who lost their husbands, have filed a lawsuit against agrochemical corporation Syngenta in a civil court in Basel, Switzerland.

The pesticide poisonings date back to 2017 in Yavatmal, a drought-prone district in Maharashtra. A majority of the adverse reactions were allegedly caused by Syngenta’s insecticide Polo, widely used by Maharashtra’s farmers on their cotton crops.

“In 2017, more than 700 farmers were hospitalized and over 50 of them died due to pesticide poisonings,” said Dr. Narasimha Reddy, director of the Pesticide Action Network (PAN) India that has been working for the elimination of pesticide use. “The affected farmers had used 10 to 12 different types of pesticides and Syngenta’s Polo was the most common product.”

PAN India is supporting the victims, along with the Maharashtra Association of Pesticide Poisoned Persons, a collective of victims, relatives, farmers and supporters PAN Asia Pacific, the European Center for Constitutional and Human Rights  and Public Eye. In all, they have documented 51 families impacted by the poisonings.

Polo is an insecticide with the active ingredient diafenthiuron, which is described as “poisonous when inhaled” by the European Chemicals Agency.

Farmers in Yavatmal have been widely spraying the insecticide to attack the pink bollworm that destroys their cotton crops.

“Polo was taken off the market in Switzerland in 2009, but it continues to be available in India,” said Reddy.

Of the three victims who have filed the lawsuit, the farmer has suffered severely due to pesticide poisoning, including temporary vision loss. The two women’s husbands died after developing severe symptoms due to toxic inhalation.

“Survivors of the poisoning report that after spraying Polo, they suffered severe symptoms,” a joint media statement from the organizations said. “Forty-four of the 51 victims, most of whom were hospitalized, reported temporary blindness, and 16 people were unconscious for several days. Other symptoms ranged from nausea to breathing difficulties to neurological and muscular complaints, some of which are ongoing today. As a result, people were often temporarily unable to work, which drastically reduced their already low incomes.”

In addition to compensation, the organizations are demanding that “Syngenta refrain from selling hazardous pesticides to small-scale farmers in India that require Personal Protective Equipment and for which — like in the case of Polo — no antidote is available in case of poisoning.”

“Our research went on for nearly two years,” said Dileep Kumar, assistant director of PAN India. “We collected details of the poisoned victims from official sources, interviewed them and their families and examined their medical records, post-mortem reports, police records and government documents, etc. Getting documents was tedious as not all families had preserved the papers.”

A complaint about violations of the guidelines for multinational enterprises has also been filed with the Organisation for Economic Co-operation and Development (OECD). “The 51 farmers and farm workers claiming relief with this complaint represent only a small portion of the overall number of individuals surveyed who reported having used Polo and having experienced poisoning therefrom,” the complaint states. “Based on officially available data alone, the actual number of poisoning cases due to Polo use is much higher than those included here.”

Kumar also pointed out: “None of these farmers were aware of the importance of using good quality gloves, masks and other personal protective equipment while handling the insecticides, indicating that the users were not trained or well informed about the risks of using the toxic agrochemical.

“There is a lack of access to information on safety aspects. The farmers are mostly illiterate or poorly literate to read and understand the fine print on the label and instruction leaflet. All of this has added to the tragedy.”

Data compiled in the OECD complaint states that 886 patients were admitted for treatment in hospitals for poisoning as the result of insecticide spraying in the fall of 2017.

The judicial records show 65 deaths due to “spraying of insecticides” in Maharashtra, with most of those deaths occurring in the Yavatmal district.

Earlier cases of pesticide poisonings have been reported from Maharashtra as well. “But the numbers were way too high in 2017,” said Dewanand Pawar of the Maharashtra Association of Pesticide Poisoned Persons. “The hospitals were crowded with farmers and farm workers reporting with adverse reactions and the health systems were overwhelmed with the sudden spurt.”

He said that the victims continue to live in terrible conditions today. “They are still suffering due to compromised vision, weakness and many other after-effects. The government and the agriculture department should have been careful while propagating such toxic substances. They should regulate krishi kendras (agricultural extension centers) since farmers rely on their word.”

Syngenta did not respond to Zenger News email requests for comment.