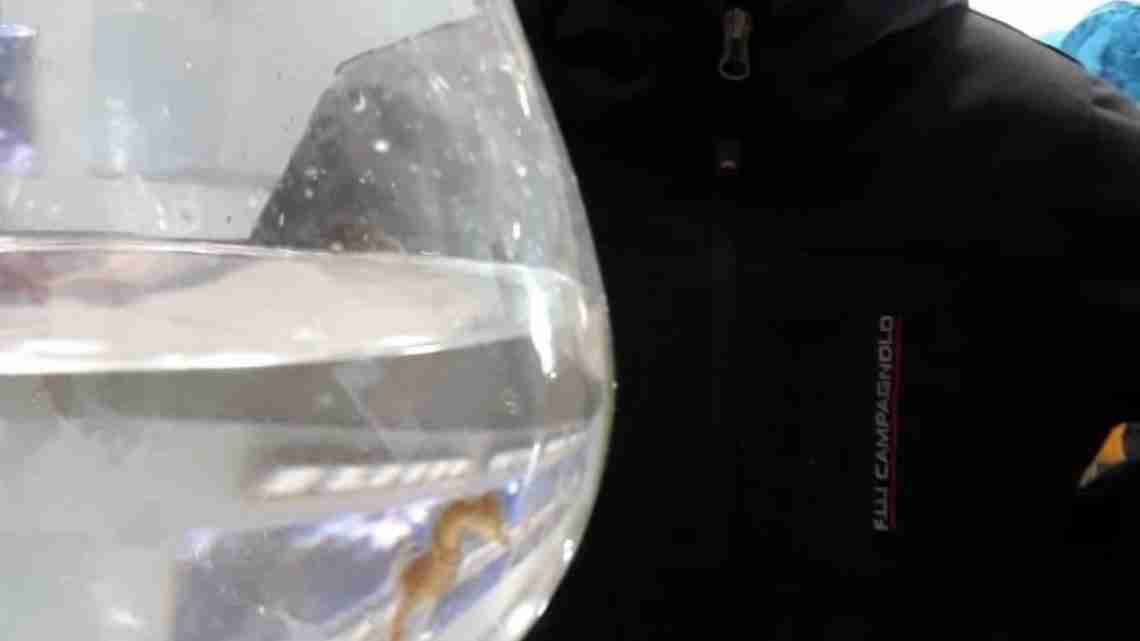 An animal-rights group is demanding a rare seahorse captured by a 9-year-old boy be released back into the wild, after the youth donated it to a local aquarium.The lad recently caught the rare short-snouted seahorse (hippocampus hippocampus) while playing with his landing net on the shore of Borkum Island on the North Sea coast of Germany. The schoolboy, identified only by his first name Aike, told his parents about the catch, and they decided to donate it to the nearby Borkum Nordsee (North Sea) Aquarium.

The aquarium was thrilled with that decision.

“We haven’t seen a seahorse like this caught alive for over 50 years,” said aquarium spokesperson Marie Oetjen

But PETA (People for the Ethical Treatment of Animals) was not happy with the seahorse being placed in captivity, charging that within a day of it being put in a tank, the creature was found floating on its side.

“It was so badly injured that it could no longer swim straight,” a PETA spokesperson said. “Presumably, it had air bubbles in its gills.”

“Species protection should not be used as a justification for removing seahorses from the North Sea and locking them up in a cramped glass cage for life,” PETA specialist Tanja Breining, whose motto is “fish are friends, not food,” said. “A local fishing ban would make a lot more sense than removing the rare animals from the sea where they then miss out on reproductive partners.”

Although the seahorse received medical attention and soon recovered, PETA said it is still campaigning for its release, including filing a complaint with local authorities.

The short-snouted seahorse was endemic to the Mediterranean Sea and parts of the North Atlantic, particularly around Italy and the Canary Islands. However, colonies of the species were discovered in the River Thames around London and Southend-on-Sea in 2007. Their preferred habitats are shallow muddy waters, estuaries and seagrass beds.