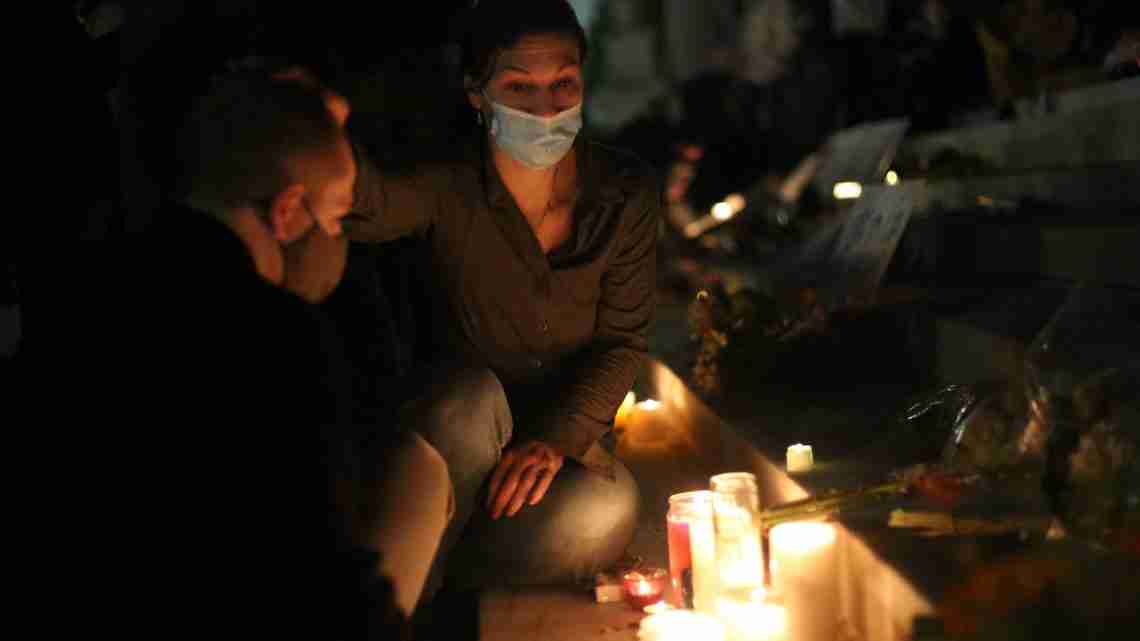 At least 300 people gathered at the Supreme Court in Washington D.C. at 9 p.m. Eastern time Friday, hours after the Supreme Court announced Associate Justice of the Supreme Court of the United States Ruth Bader Ginsburg’s death. The crowd stretched from the top of the steps to the opposite side of First Street NE.

Some people brought candles, some brought pride flags and one brought a cardboard sign with the words “RIP, RBG. And thank you for your service to our country.”

Two young women broke the deafening silence to lead part of the crowd in part of a rendition of The Beatles’ “Let It Be” from the steps.

The 87-year-old had battled several types of cancer over the course of two decades. Though crowds started gathering at the court following news of her death, she was set to lie in repose at the Supreme Court on Wednesday and Thursday, and will lie in state at the Capitol on Friday. Her funeral is set for Tuesday.

President Trump said he will nominate her replacement Saturday.

Next post PB school superintendent fights to maintain his job