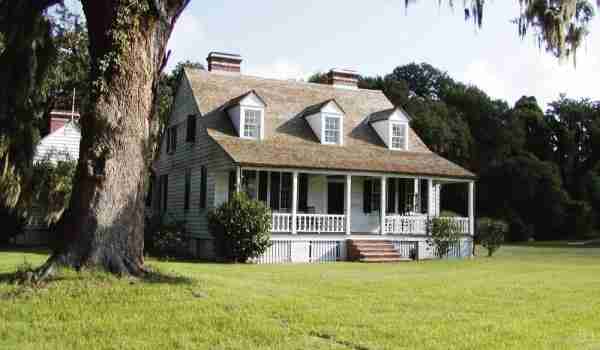 Mount Pleasant, S.C. (AP) – The once-overlooked story of the people who were enslaved on the Charles Pinckney National Historic Site is about to get a more telling voice.

An estimated 250 men, women and children were forced to do the day-today chores at the Snee Farm plantation house in Mount Pleasant more than two centuries ago.

They were barely mentioned in the papers, diaries or letters penned by Pinckney or his family. He was a signer of the Constitution and the 37th governor of South Carolina.

But in the house and museum, the history of the enslaved people has largely been relegated to a single exhibit.

Now, the National Park Service is reworking and doubling exhibit space in the plantation house and museum to about 1,750 square feet of exhibits, with the life contributions of African Americans on the plantation to be displayed throughout.

The redesign is the ﬁrst overall display work-up since the park opened in 1995. The historic site is temporarily closed due to the coronavirus.

It attempts “to engage and appeal to younger and more diverse audiences through inclusive content with immersive and interactive components,” according to the Park Service, and will include rotating the displays, demonstrations and interactive “audience centered experiences.”

“The African American experience will be throughout the house rather than just a side note,” said Paula Ogden-Muse, the National Park Service’s chief of interpretations.

“It’s almost like writing a book,” she added. “You can’t just say these people who were enslaved were just in chapter ﬁve. They lived throughout the book. You try to understand their lives.” The difﬁculty is in making those lives personal. For all the extensive scrolls of papers, letters and diaries left by Pinckney and his family, “it’s crazy how little speciﬁc information we have about the people who were enslaved,” OgdenMuse said. “Their lives were not recorded except for their property value. They weren’t written about. Their history was lost.”

Pinckney, one of the social elites in preRevolutionary War Charleston, inherited from his father the 715-acre Snee Farm plantation in Mount Pleasant, where the house sits. It was among a half-dozen or so plantations he acquired.

Pinckney was a braggart _ boasting to fellow Founding Father James Madison that the house Pinckney bought in downtown Charleston rivaled anything in New York City and telling others the Constitution was based on a draft he wrote.

He was also a prominent leader. He fought and was imprisoned by the British during the war, later becoming a state legislator and U.S. congressman as well as governor.

But what is maybe his most famous quote isn’t admirable: “They (Africans) certainly must have been created with less intellectual power than the whites, and were most probably intended to serve them, and be the instruments of their cultivation.”

The project cost hasn’t been determined yet. The rework will be paid for from existing park service funds, spokeswoman Dawn Davis said.

Some 40,000 people visit the site every year, contributing an estimated $20 million to the local economy.

Davis said the funding is coming from the Park Service’s budget, not the site’s base funding. The rework is scheduled to take place while the Pinckney site tries to recover from a deferred maintenance deﬁcit of more than $400,000, part of a nearly $12 billion deﬁcit for the service overall.

“The physical exhibits are also considered to be a deferred maintenance need for the park as well,” Davis said. “The exhibits are well over 20 years old. Physically, they are showing their age. The interpretation is not as inclusive as it should be, and it is based on scholarship which is 20-plus years old.” The interpreters are working from accounts from nearby plantations and the families of the people who worked there to try to ﬁll the void of records.

“I’m thrilled to see what they’re doing and the potential it has,” said Joseph McGill, a Charleston historian who founded the Slave Dwelling Project to draw attention to the historic, once-neglected plantation worker cabins that survive in America.

His goal is in memorializing the contributions of the artisans who helped build this country. He’d like to see the exhibits made as personal as possible. Property value records at least provide a name, age and weight.

“If they know the names, even if it’s only one name, use it and use it as much as possible,” McGill said. “That’s something. The absence of records was the narrative of the time. We’re rectifying that. We’re correcting that. I think we’re all playing catch-up as a nation.” The Park Service recently completed a ﬁnal meeting to get from the public as much input and information about those lives as possible.

The redesign proposal is expected in early May and a public presentation is planned, though that would be conditional to the status of the national new coronavirus emergency.