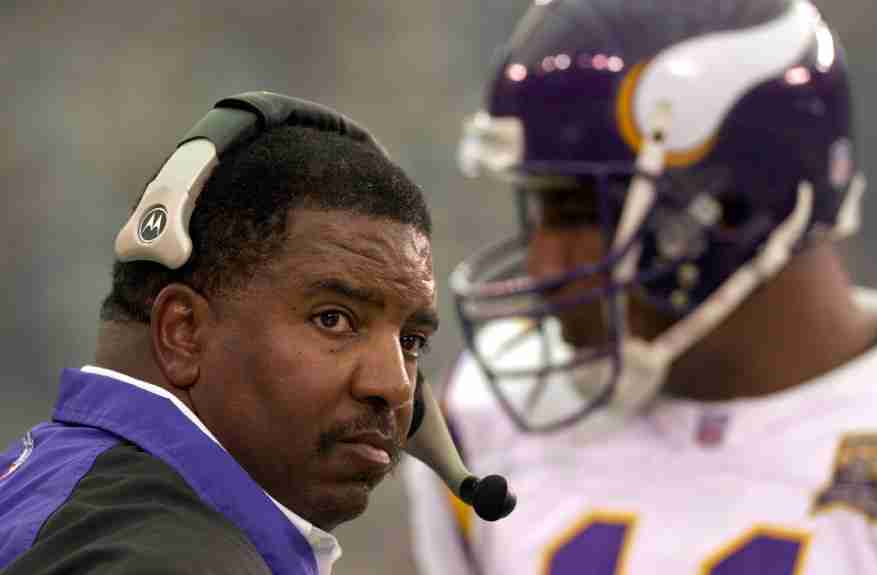 MINNEAPOLIS (AP) – Dennis Green, the trailblazing coach who led a Minnesota Vikings renaissance in the 1990s before a less successful run with the Arizona Cardinals, has died. He was 67.

Green’s family posted a message Friday on the Cardinals website announcing the death.

“His family was by his side and he fought hard,” the statement said. It did not disclose other details, though the Cardinals said Green had died of a heart attack.

Green was the first black head coach in Big Ten history when he took over at Northwestern in 1981 and was just the third black head coach in the NFL when the Vikings hired him in 1992. Through it all, Green worked hard to provide opportunities for minorities on his coaching staffs and was beloved by his players for the loyalty he showed them.

“He was one of the forerunners, standard bearers from an African-American standpoint,” Vikings COO Kevin Warren said. “He was there early and won a lot of football games. He not only got in that position as a head coach, he then hired people and gave them opportunities.”

Green spent 10 seasons in Minnesota, leading the Vikings to eight playoff appearances and two NFC championship games. He had only one losing season and compiled an overall record of 97-62, a mark second only to Bud Grant in franchise history. That included a 15-1 regular season in 1998 spearheaded by a record-setting offense.

“They were pretty good when he was here,” current Vikings coach Mike Zimmer said. “I’m just trying to get close to him.”

Green went out on a limb in the draft before that season, taking Randy Moss at No. 21 after the super-talented receiver fell due to character concerns. Moss was a sensation from the start, teaming with Cris Carter, Jake Reed, Randall Cunningham and Robert Smith to give the Vikings the most dynamic and explosive offense the league had ever seen. The Vikings scored a record 556 points that season, a mark that stood until New England broke it in 2007.Upon hearing the news of his death, many of his former players, current athletes, media members and even politicians mourned his passing and sent along their condolences via Twitter.

We are saddened over the loss of coach Dennis Green. Our thoughts are with his family.

Our thoughts are with the family and friends of former NFL head coach Dennis Green. Rest in Peace.

We are incredibly saddened by the sudden passing of former Vikings Head Coach Dennis Green.

Very sad to hear about the loss of fmr @AZCardinals coach Dennis Green – he will always be remembered as a pioneer for sport of football.

My heart goes out to family of my former coach Denny Green – we lost a good man way too soon!

Just got the news of the passing of Denny Green. He did so much for me. Was looking forward to saying thanks at HOF. Tomorrow not promised.

Can’t believe this… I was gonna speak on him this coming Monday. I still will, thanks a lot coach.😔🙏🏾

RIP to my former coach, employer & mentor Dennis Green. I can’t thank you enough for what you’ve done for me.

Coach I’m crushed to hear of your passing! God bless your wife and children! Thank you for what you did for me. #rip

Rest in peace Denny. I lost my mother in April, I feel like I just lost father.

Troy Vincent on the passing of Dennis Green.

We are saddened to share that former head coach Dennis Green has passed away at age 67.