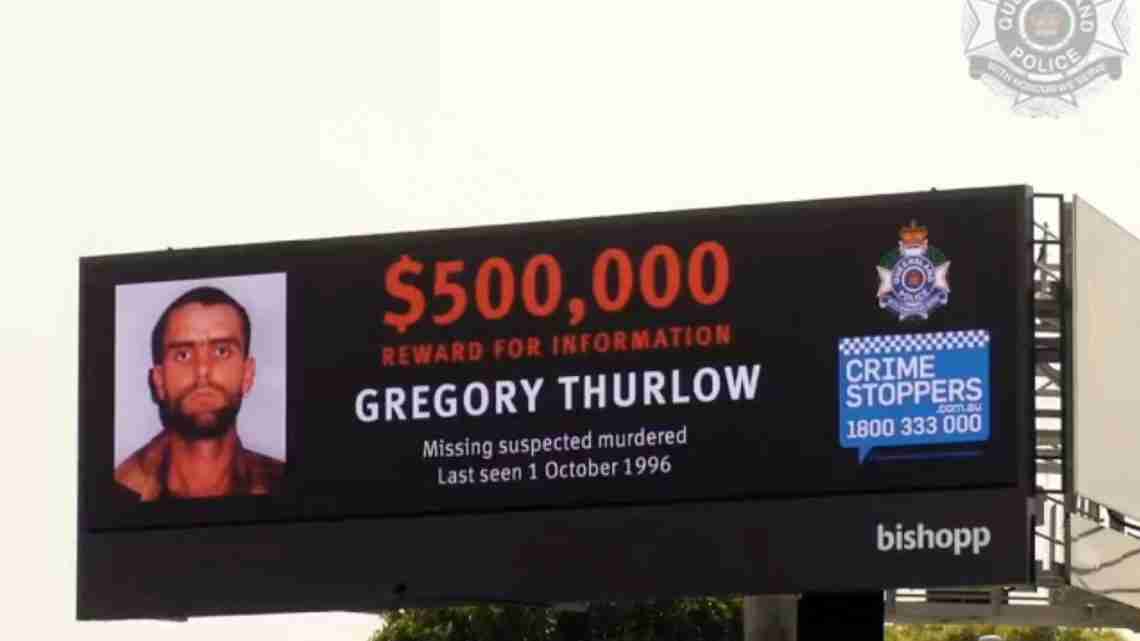 Queensland Police have posted a video and a billboard and a picture of the victim, hoping it will “refresh people’s memory and encourage them” to talk. The billboard was placed on a busy avenue on the western coastal suburb of Rothwell, where the murder is believed to have taken place. The victim, Gregory James Thurlow, was last seen near the site of the billboard in the late evening of Oct. 1, 1996.

“We believe Greg Thurlow was murdered around the time he disappeared and that there are people in the local community who know what happened,” Detective Senior Sergeant Tara Kentwell said in a statement released by Queensland Police.

In the video posted with the release, Kentwell says in addition to the billboard, police will also “circulate targeted Facebook posts in the peninsular region to refresh people’s memories and to encourage people to come forward.” The video includes footage of a green VC Holden Commodore that authorities believe belongs to the suspect.

On the video, the victim’s uncle, Ray Thurlow, describes his late nephew as a “happy fella,” who was always smiling and “was the sort of person that would be the first to put his hand up to lend a hand if anyone needed any help.” He said Greg Thurlow’s parents both died within two years of each other, never knowing what happened to their son.

Thurlow had told his family he was going to Brisbane, which is south of of Rothwell, on Oct. 1, 1996. According to the statement from Queensland, the victim went to a house in suburban Redcliffe before heading to a friend’s house in nearby Bray Park. It is unclear why he made the first stop. The last time he was seen alive was later that same evening, when he left his friend’s house with another male.

Previous post VIDEO: Taking it on the Chin in the Coronavirus Era