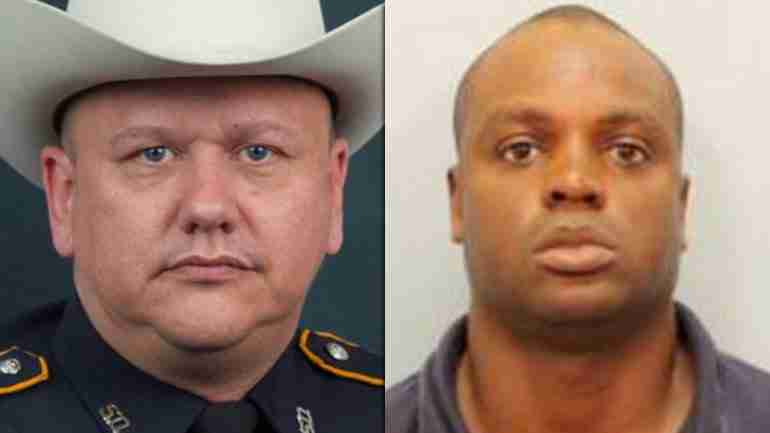 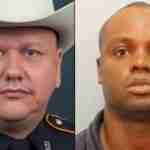 HOUSTON (AP)  – Investigators were trying to determine Sunday what may have motivated a 30-year-old man accused of ambushing a uniformed suburban Houston sheriff’s deputy filling his patrol car with gas in what authorities believe was a targeted killing.

Shannon J. Miles was charged Saturday with capital murder in the fatal shooting of Darren Goforth, a 10-year veteran of the Harris County Sheriff’s Office.

Goforth, 47, was pumping gas at a Chevron station on Friday night when the gunman approached him from behind and fired multiple shots, continuing to fire after the deputy had fallen to the ground.

The deputy had gone to the station in Cypress, a middle-class to upper middle-class suburban area of Harris County that is unincorporated and located northwest of Houston, after responding to a routine car accident earlier Friday.

Harris County Sheriff Ron Hickman said the attack was “clearly unprovoked,” and there is no evidence so far that Goforth knew Miles. Investigators have no information from Miles that would shed light on his motive, Hickman said.

“Our assumption is that he was a target because he wore a uniform,” the sheriff said.

The killing has evoked strong emotions in the local law enforcement community, with Hickman linking it to heightened tension over the treatment of African-Americans by police. Goforth was white and Miles is black.

The nationwide “Black Lives Matter” movement formed after the killing of a black man by a white police officer in Ferguson, Missouri, has sought sweeping reforms of policing. Related protests erupted recently in Texas after a 28-year-old Chicago area black woman, Sandra Bland, was found dead in a county jail about 50 miles northwest of Houston three days after her arrest on a traffic violation. Texas authorities said she committed suicide but her family is skeptical that she would have taken her own life.

Hickman and Harris County District Attorney Devon Anderson on Saturday pushed back against the criticism of police. There must not be open warfare on law enforcement, Anderson said.

Local law enforcement officers were worried after the Goforth killing that others could be targeted, he said.

“It gives us some peace knowing that this individual is no longer at large and that he wasn’t somebody that would be targeting the rest of the community,” Hickman said.

Miles is likely to be arraigned in court on Monday.