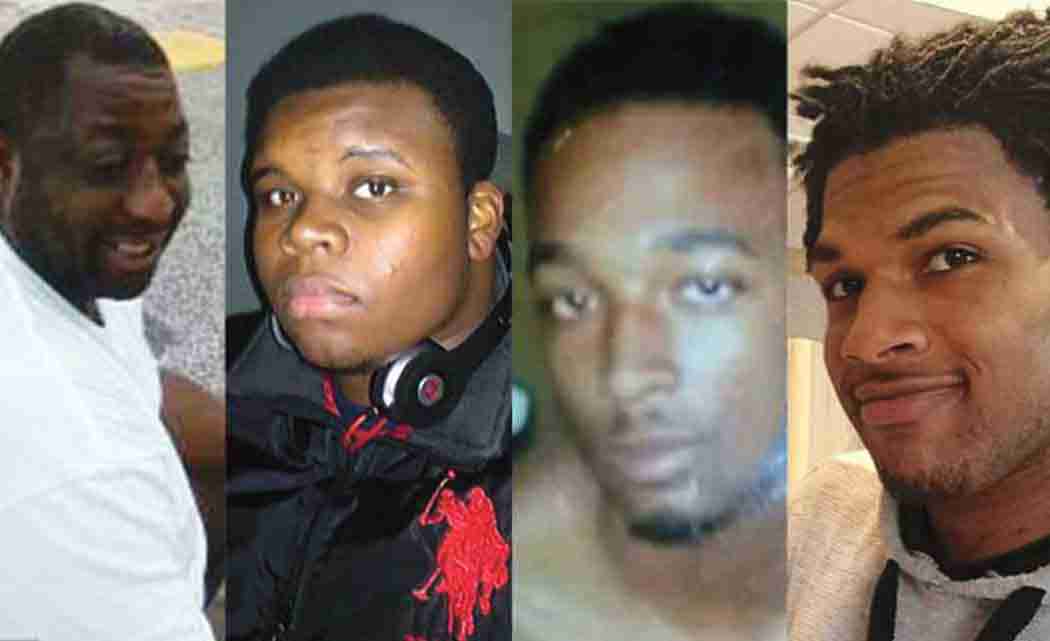 NEW YORK — The police killings of unarmed blacks in Ferguson, Missouri, and elsewhere  –  and the investigations and tumultuous protests they inspired – was the top news story of 2014, according to The Associated Press’ annual poll of U.S. editors and news directors.

In a year crowded with dramatic and often wrenching news developments around the world, the No. 2 story was the devastating outbreak of Ebola in West Africa, followed by the conflict in Iraq and Syria fueled by the brutal actions of Islamic State militants.

The voting was conducted before the announcement that the United States and Cuba were re-establishing diplomatic relations and Sony Pictures’ decision to withdraw its film The Interview in the wake of computer hacking and threats.

Last year’s top story was the glitch-plagued rollout of President Barack Obama’s health care overhaul, followed by the Boston Marathon bombing. The continuing saga of “Obamacare” made this year’s Top 10 as well, coming in fifth.

The first AP top-stories poll was conducted in 1936, when editors chose the abdication of Britain’s King Edward VIII.

POLICE KILLINGS: Some witnesses said 18-year-old Michael Brown had his hands up in surrender, others said he was making a charge. But there was no dispute he was unarmed and shot dead by a white police officer in Ferguson. In New York City, another unarmed black, Eric Garner, was killed after a white officer put him in a chokehold during an arrest for unauthorized cigarette sales. After grand juries opted not to indict the officers, protests erupted across the country, punctuated by chants of “Hands up, don’t shoot” and “I can’t breathe.” In both cases, federal officials launched investigations.

EBOLA OUTBREAK: The first wave of Ebola deaths, early in the year, attracted little notice. By March, the World Health Organization was monitoring the outbreak. By midsummer, it was the worst Ebola epidemic on record, with a death toll now approaching 7,000, mostly in Liberia, Sierra Leone and Guinea. A Liberian man with the disease died at a Dallas hospital, followed by a few other cases involving U.S. health workers, sparking worries about the readiness of the U.S. health system.

ISLAMIC STATE: Militant fighters from the self-described Islamic State group startled the world with rapid, brutal seizures of territory in Iraq and Syria. The U.S. and its allies responded with air strikes, hoping that Iraqi and Kurdish forces on the ground could retake captured areas. Revulsion toward the group intensified as it broadcast videos of its beheadings of several Western hostages.

U.S. ELECTIONS: For months, political oddsmakers sought to calculate whether  Republicans had a chance to gain control of the U.S. Senate. It turned out the GOP won 54 of the Senate’s 100 seats, expanded its already strong majority in the House of Representatives, and gained at the state level, where Republicans now hold 31 governorships.

OBAMACARE: Millions more Americans signed up to be covered under President Obama’s health care initiative, but controversy raged on. Criticism from Republicans in Congress was relentless, many GOP-governed states balked at participation, and opinion polls suggested most Americans remained skeptical about the program.

MALAYSIA AIRLINES MYSTERY: En route from Kuala Lumpur to Beijing, Malaysia Airlines Flight 370 disappeared on March 8 with 239 people on board. Searchers from two dozen countries looked in vain for the wreckage. To date, there’s no consensus as to why the plane vanished. The year ended with an Air Asia passenger plane crash off of Borneo.

IMMIGRATION: Frustrated by an impasse in Congress, President Obama took executive actions in November to curb deportations for many immigrants residing in the U.S. illegally. GOP leaders in the House and Senate pledged efforts to block the president’s moves. Prospects for reform legislation were dimmed earlier in the year by the influx of unaccompanied Central American minors arriving at the U.S. border, causing shelter overloads and case backlogs.

TURMOIL IN UKRAINE: A sometimes bloody revolt that toppled President Viktor Yanukovych in February triggered a chain of events that continued to roil Ukraine as the year drew to a close. Russia, worried that Ukraine would tilt increasingly toward the West, annexed the Crimean peninsula in March and backed an armed separatist insurgency in coal-rich eastern regions of Ukraine. The U.S. and its allies responded with sanctions against Russia.

GAY MARRIAGE: Due to a wave of federal court rulings, 19 more U.S. states began allowing same-sex marriages, raising the total to 35 states encompassing about 64 percent of the population. Given that one U.S. court of appeals bucked the trend by upholding state bans on gay marriage, there was widespread expectation that the U.S. Supreme Court will take up the issue and make a national ruling.

VA SCANDAL: The Department of Veterans Affairs became embroiled in a nationwide scandal over allegations of misconduct and cover-ups. Several senior officials were fired or forced to resign, including VA Secretary Eric Shinseki. At the heart of the scandal was the VA hospital in Phoenix; allegations surfaced that 40 veterans died while awaiting treatment there.