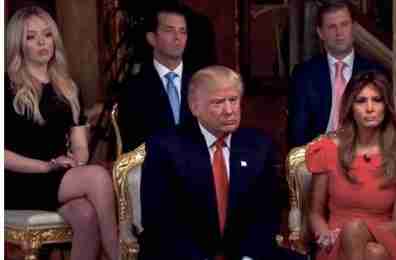 After running a divisive campaign, Trump promised after winning to be a president for all Americans, said representatives of the Southern Poverty Law Center, the Leadership Conference on Civil and Human Rights, the National Council of La Raza and the American Federation of Teachers.

Trump needs to follow through on that pledge and publicly denounce the bias and hate-related incidents that popped up around the country, said Richard Cohen, SPLC’s president.

“One of our great, great hopes at the Southern Poverty Law Center is that Mr. Trump mightily disappoints the white supremacists, the white nationalists who are celebrating his victory now,” Cohen said.

In an interview on “60 Minutes,” Trump – when told about some of the harassment – said if it was his supporters for them to “stop it.” In an interview with The New York Times, Trump denounced the white supremacist movement when asked. But he needs to do more, the groups said.

“A president-elect has to create a climate that keeps all Americans safe,” said Randi Weingarten, president of the American Federation of Teachers.

In the 10 days following the November election, SPLC said it collected 867 hate-related incidents on its website and through the media from almost every state, with Hawaii, Wyoming, North Dakota and South Dakota the only exceptions. Their numbers exclude reports of online harassment. The group has not independently verified each claim but said it has weeded out any reported hoaxes.

Anti-immigrant hate incidents targeting Latinos, Asians and Africans made up the largest number of claims, even though many Latinos and Asians in the U.S. are second or third-generation American citizens. Those incidents were followed by anti-black and anti-Semitic incidents.

Schools and universities were the most common places for incidents to happen. Most often the incidents were through graffiti and verbal harassment, according to SPLC’s information.

For example, SPLC said a Colorado mother reported that her 12-year-old African-American daughter was approached by a boy who said, “Now Trump is president, I’m going to shoot you and all the blacks I can find.” A Washington state teacher reported that “Build a wall” was chanted in their lunchroom the day after the election.

A Louisiana woman said she was getting ready to cross the street when a truck with three white men pulled up and shouted vulgar words at her. “One began to chant `Trump’ as they drove away,” the black woman said. And a lesbian couple in Austin, Texas, reported that “DYKE,” “Trump” and a swastika were painted on their door.

Next post Suzy has heart for the hurting among us