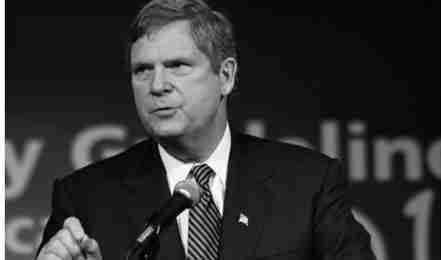 As agriculture secretary during the entire Obama administration, the former Iowa governor has for years been telling anyone who will pay attention – farmers, members of Congress, even Hillary Clinton – that Democrats need a better message for rural America. And he’s spent most of his tenure focusing on rural development, trying to revitalize areas that ultimately voted for Republican Donald Trump in this year’s presidential election.

“The Democratic Party, in my opinion, has not made as much of an effort as it ought to, to speak to rural voters,” Vilsack said Tuesday in an interview with The Associated Press.

“What’s frustrating to me is that we actually have something we can say to them, and we have chosen, for whatever reason, not to say it.”

Vilsack is a longtime friend of Bill and Hillary Clinton and was close to becoming Hillary Clinton’s vice presidential running mate. She chose Virginia Sen. Tim Kaine instead. Clinton ultimately won Virginia but lost, deeply, in many rural areas of the country. Vilsack says he understands why party leaders chose a different path to try for electoral victory, focusing on expanding populations like Hispanics and African-Americans who had come out in large numbers to vote for Barack Obama, the nation’s first black president, in 2008 and 2012.

The problem, he said, is those groups represent around the same percentage of the population as rural voters. And he says Democrats didn’t have enough of a counter argument to powerful Republican themes of less regulation and lower taxes.

“There wasn’t an overarching theme that a person in a small town could go, ‘Oh, they’re talking about me,’” Vilsack said.

According to exit polls conducted for AP and television networks by Edison Research, about 17 percent of voters in this year’s election were from small cities or rural areas, and 62 percent of them said they voted for Trump.

Since the election, Democrats in Congress have also been talking about how to turn around the rural vote. Ohio Rep. Tim Ryan is challenging California Rep. Nancy Pelosi for House Democratic leader, saying that the party’s message needs to be heard beyond the two coasts.

“We lost those voters,” Ryan said last week. “We’ve got to find a way to get back in, and that starts with a message that resonates in the flyover states.”

Vilsack says the party should have had a tougher counter-message to Trump’s positions on deporting immigrants who make up some of the farm workforce and opposing trade deals that are good for agriculture.

“If you have no market and no workforce, what good does it do,” Vilsack said. “My guess is, if you confronted the average farmer with that dilemma, they’d go,“Well, let me think about that.”’

He said Democrats didn’t do that “because we didn’t think we’d have to,” because Clinton appeared to be on track to win the election.