What can I say? I dare not

So it is the week after and many of us are still in a state of shock, disbelief, anger, and/ or some other combination of emotions. I was shocked and chagrinned by the news, especially hearing it at 5 a.m. from my trusted news source, NPR. We all have a personal story of how we heard, processed, and decided to deal with the news. For most people I know, it was the event of the week, if not a lifetime. That presents a challenge for me.

Each week my goal is to write a column which is reflective of my personal and professional life while hopefully being interesting, educational, entertaining, and meaningful. That is a difficult goal this week. We awoke November 9 to an America we had never seen or experienced. The events haven’t left me in the greatest of moods or state of mind, so being the uplifting “all things bright and beautiful” veterinarian as expected just isn’t going to happen this week.

In addition, no one wants to hear my take on white nationalism, a campaign of bilateral fear mongering, and how democrats/liberals/ progressives made this about themselves. With continued squabbles about which candidate should have been selected, protest votes or not voting at all, resulting in losing sight of the mission to unify behind and support our candidate while more importantly not keeping our collective eyes on the prize. There are many outlets here in this publication and elsewhere to explore, confirm, or deny my and other’s views of Democratic Party failure. My goal is to be upbeat and up-lifting. Here we go… Disappointment is the most consistent emotion I am finding difficult to deal with and handle as a result of the election.

As I absorbed the news for a few stunned moments, disappointment enveloped me in a way I have never experienced. Even though I just wanted to pull the covers over my head and hope it was all just a bad dream, my disappointment does not preclude reflection. Disappointment is a part of life and we always have and will continue to figure out ways to get over, if not endure it . Dazed, and confused, I like all the rest of us had to begin my day and start figuring out how to live and react in this not so brave new world into which we awoke and now live.

As our collective political and possibly personal lives and realities are being altered by the winds of political change, many if not nearly all aspects of our lives are still the same. We just fail to recognize the fact due to the extreme disappointment: the clinic still had to open by 9 a.m. The appointments for the sick dogs, birds that needed wing and nail trims are still on the books. Clients still need my help as they have always and now as a safe place to have that first and continued discussion and a good cry to start the process of getting things off their chest and out of their systems. I can be those things and more just as others are and have been to me over the last week and hopefully over the coming months and years. Like many, I was and still am to a lesser extent, caught up in the big picture and it’s frightening potential. Life goes on and takes us along on the journey.

Though my disappointment is still present almost a week later, it is much more in perspective. We are living in interesting and possibly dangerous times that will likely become even more so in the immediate future. I will use my disappointment as a motivator for action and change rather than a precursor of assimilation and the acceptance of inequality. 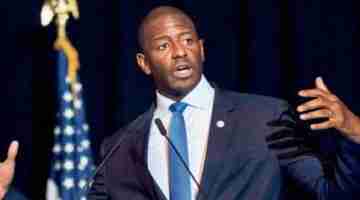