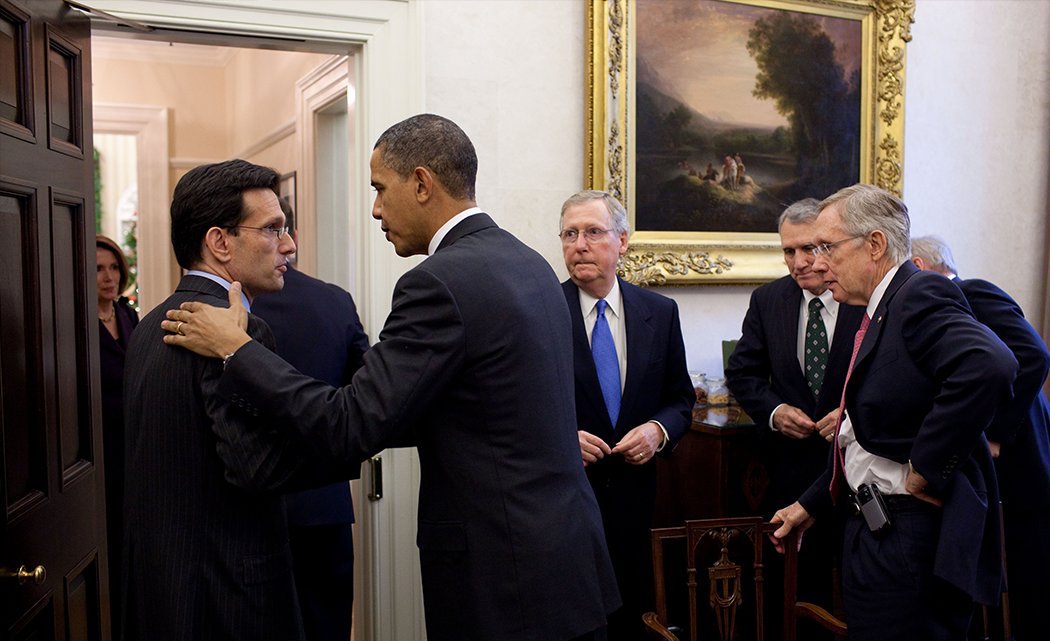 By JULIE PACE and JIM KUHNHENN

WASHINGTON (AP) — With his party soon to be out of power on Capitol Hill, White House officials say President Barack Obama feels liberated by the prospect of detaching himself from Democrats who saw little role for him in the midterm elections and of exploring the opportunities, however limited, to strike deals with congressional Republicans.

White House aides have also concluded the political landscape leaves Obama with little ability to help Democrats regain control of the Senate in 2016. That gives the president even more freedom to concentrate on finding areas of compromise with the GOP, rather than stacking his agenda with items on which his party can run in the next election.

It’s an approach that echoes former President Bill Clinton’s efforts to move between the parties after Democrats suffered big losses in the 1994 midterm elections. But to some current Democrats, Obama is only setting himself up for heightened tensions with his own party, which doesn’t want to allow Republicans to project any sense of competency or effectiveness ahead of the next election.

“To the extent that the president wants to cooperate, depending on the issue, that’s likely to tick off a good portion of the Democratic caucus,” said Patrick Griffin, a Democratic lobbyist who handled legislative affairs in Clinton’s White House.

It is deeply uncertain whether Obama and Republicans can actually find common ground. Both sides have talked about their desire to work on issues such as tax reform, infrastructure and trade. But Republicans have warned it may be impossible to start talks on those matters if the president takes executive action on immigration before the end the year, a pledge the president insists he intends to keep.

“I don’t know why he would want to sabotage his last two years as president by doing something this provocative,” said Texas Republican Sen. John Cornyn following a Friday meeting at the White House between the president and lawmakers.

White House officials cast any growing chasm between Obama and fellow Democrats as simply part of the life cycle of a presidency, particularly when the sitting president’s party is in the congressional minority. Officials say they’re also well aware that Democrats are starting to look for a new leader to rally around and expect potential Democratic presidential candidates, including Hillary Rodham Clinton, to break with Obama at times as they try to build the party’s next chapter.

“The fact of the matter is this is the time in any president’s tenure where their congressional allies on the Hill and their interests begin to diverge more than ever,” said Jim Manley, a former top adviser to current Senate Majority Leader Harry Reid, who is soon to be relegated to the minority.

The midterm elections underscored the fact there were already fissures in the relationship between the president and Democrats. Wary of the president’s paltry approval ratings, nearly all Democratic candidates in tough races tried to distance themselves from him and refused to be seen with Obama on the campaign trail. In turn, some Obama advisers quietly questioned that strategy, arguing that the president still had the ability to turn out his supporters — many of whom ultimately stayed home on Election Day.

In a stunning break with Washington decorum, Reid’s chief of staff sharply criticized the president as a drag on the party in an interview with The Washington Post. One congressional official described the comments from Reid aide David Krone as a “venting” that reflected frustration that had been building up since the White House’s botched rollout of the enrollment website for Obama’s health care law.

To some Democrats, the notion that the president may now use his final two years in office seeking legacy-building compromises with Republicans — rather than helping the party position itself for 2016 — comes as little surprise and fits with their long-held belief that Obama is a political figure who operates in isolation.

But White House officials argue Democrats would also benefit from successful compromise legislation. The officials, who insisted on anonymity because they were not authorized to discuss the administration’s thinking on the record following the election, say Obama has no plans to fold to every Republican demand or compromise his principles to reach a deal.

If that positioning results in agreements on issues like tax reform and infrastructure investments, they say Democrats could — and should — be able to run on those victories in two years’ time.