In State of the Union, Obama aims to influence 2016 debate 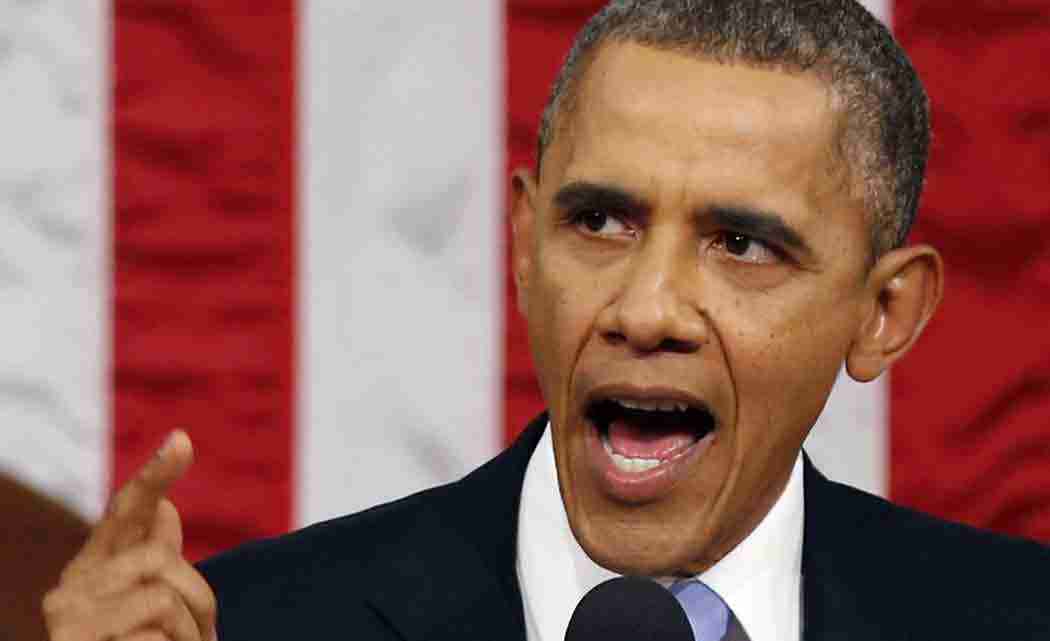 WASHINGTON (AP) — Key elements of the economic proposals President Barack Obama will outline in his State of the Union address Tuesday appear to be aimed at driving the debate in the 2016 election on income inequality and middle-class economic issues, rather than setting a realistic agenda for Congress.

Obama’s calls for increasing taxes on the wealthy, making community college free for many students and expanding paid leave for workers stand little chance of winning approval from the new Republican majority on Capitol Hill. But the debate over middle-class economics is looking critical for the coming campaign.

“Inequality_and especially the growing opportunity gap_have become the top litmus test of seriousness for 2016,” said Robert Putnam, a Harvard political scientist who has discussed inequality issues with the president and his advisers. “The entry ticket for the presidential sweepstakes is that you have a policy — some policy — for dealing with this issue.”

Indeed, potential Republican candidates Jeb Bush and Mitt Romney have been talking openly about income inequality and the need to give lower-earning Americans more opportunities. On the Democratic side, Massachusetts Sen. Elizabeth Warren appears intent on keeping the party focused on a populist economic agenda, even if she doesn’t plan to run for president herself.

As the nation’s attention increasingly turns to the 2016 election, the Obama White House is making clear that it still wants to set the terms of the economic conversation.

White House chief of staff Denis McDonough, appearing in a nationally broadcast interview Tuesday morning, said Obama is determined to improve the lives of middle-class Americans. “His mindset is to keep doing everything he can for the middle class,” McDonough said on “CBS This Morning.”

He said the president wants to make sure “we’re doing everything we can to make sure that middle-class families can succeed.” McDonough said that Obama will not hesitate to veto legislation that doesn’t improve the lot of the middle class.

The president’s advisers argue that the debate over income equality is one that Democrats have won previously, including in Obama’s victory over Romney in the 2012 presidential campaign and the fiscal cliff fight with Congress that led to the raising of George W. Bush-era tax rates for the wealthiest Americans.

However, Obama no longer has the political advantage on Capitol Hill that he would need to enact more tax increases. When Obama addresses Congress Tuesday night, he will be standing before a Republican majority in both chambers for the first time in his presidency.

The president and GOP leaders have spoken about their desire to compromise, but the opening weeks of the new Congress have offered few glimpses of where both sides plan to find common ground. Obama’s economic proposals will do little to move the White House and Republicans closer together, given the GOP leadership’s aversion to raising taxes on wealthy Americans.

The president’s proposal would increase the capital gains rate on couples making more than $500,000 annually to 28 percent, require estates to pay capital gains taxes on securities at the time they’re inherited, and slap a fee on the roughly 100 U.S. financial firms with assets of more than $50 billion.

Administration officials said much of the $320 billion in new taxes and fees would be used for measures aimed at helping the middle class, including a $500 tax credit for some families with two spouses working and a $60 billion program to make community college free.

The White House cast the president’s measures as steps that can help keep up economic momentum amid a recent spurt of growth that has also seen the unemployment rate fall below 6 percent.

There has been little Republican support for much of what the White House has rolled out ahead of Obama’s address.

A spokesman for House Speaker John Boehner, R-Ohio, called the White House’s tax proposal “the same old top-down approach we’ve come to expect from President Obama that hasn’t worked.” And Florida Sen. Marco Rubio, who is weighing a bid for the GOP presidential nomination, said the president’s approach was outdated.

In keeping with State of the Union tradition, first lady Michelle Obama will watch the speech along with invited guests whose stories bring to life some of the policies the president will tout.

Among those joining Mrs. Obama for this year’s speech are Alan Gross, who was released from a Cuban prison last month as part of Obama’s decision to normalize relations with the communist island nation; Chelsey Davis, a student from Tennessee who plans to graduate community college in May; and Dr. Pranav Shetty, who has been working on the Ebola outbreak in West Africa.

The effort to control Ebola is expected to be one of the foreign policy matters Obama addresses in a speech. While the president is not likely to make any major foreign policy announcements, he is expected to tout the formal end of the Afghan war, update the nation on the fight against the Islamic State group in Iraq and Syria, and urge lawmakers not to enact new sanctions on Iran while the U.S. and its partners are in the midst of nuclear negotiations with the Islamic republic.